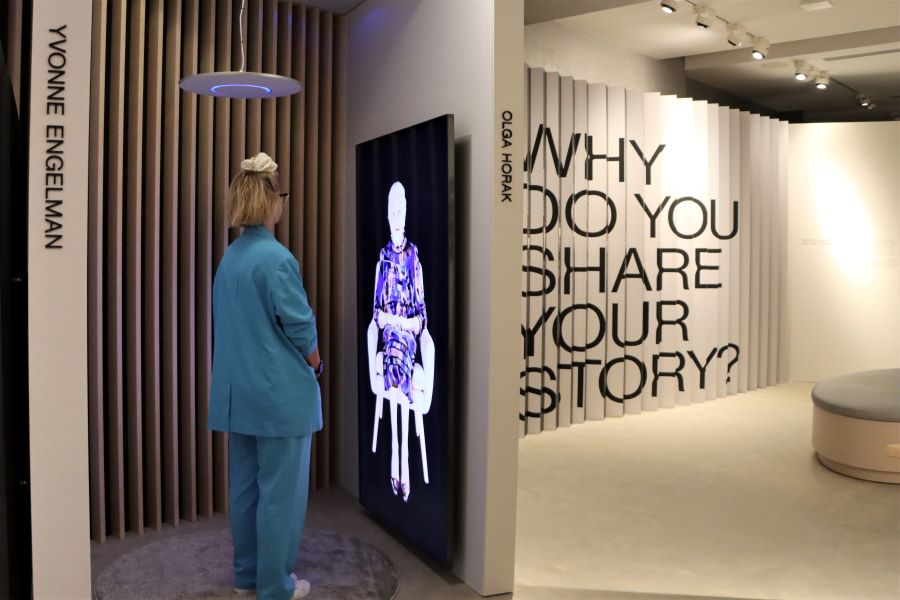 2022 is the thirty-year anniversary of the opening of the Sydney Jewish Museum. The tagline for the museum is ‘Where History Has a Voice’, and this mission statement is perfectly encapsulated within their new exhibition, Reverberations: A future for memory.

With the assistance of Artificial Intelligence (AI), visitors to the exhibition can experience an intimacy in learning the history of 43 Australian survivors of the Holocaust.

Captured through high-definition film, the survivors have been asked a series of questions, the answers to which are thoughtful and honest. There is humour and pathos, and an irrevocable sense of humanity. You sit down in front of the screen as the same question is asked of a number of the survivors. 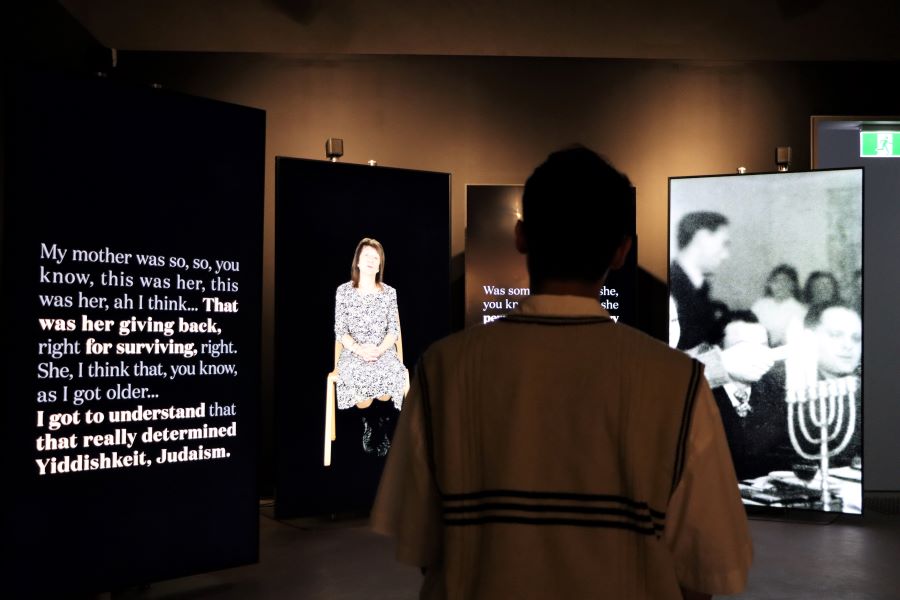 Questions related to their war experiences, liberation stories, and thoughts upon arriving in Australia are covered. Their strength, courage and humour all stand out. The question of forgiveness is not shied away from, to which the answers do vary.

I was fortunate enough to visit the exhibition and the stories told by the survivors take a grip and don’t leave. As difficult as it must be for them to relieve the horrors, a common motivator has been the united belief that by continuing to tell future generations about what happened, the chances of this being repeated can be diminished.

About the exhibition, The Sydney Jewish Museum’s Senior Curator, Shannon Biederman said “Our community of Holocaust survivors live with the constant and everlasting trauma of what they went through. Telling their stories to visitors, especially children, is often very painful but they choose to endure this pain in the hope that listeners will learn lessons and stand up for peace, kindness and humanity.”

Through the use of AI, it is possible to have an interactive experience with three extraordinary Holocaust survivors. Eddie Jaku OAM survived several German concentration camps during WW2, including the notorious Auschwitz. Yvonne Engelman and her family were taken from Dovhe, Czechoslovakia and sent to Auschwitz. She never saw her parents again. Olga Horak was born in Bratislava, Czechoslovakia in 1926. Her father and grandfather were sent to the gas chambers on arrival at Auschwitz, whilst Olga and her mother were spared. Her mother passed away the day after being liberated.

The courage of these survivors telling their stories over the years has been extraordinary. Via this technology, you are able to stand in front of a projected image of Eddie, Olga or Yvonne and ask your questions. Their responses are thoughtful, considered and enlightening.

This has been made possible due to a bank of one thousand questions that six survivors were asked over a period of five days in 2020/2021. The questions covered life before, during and after the Holocaust. It was filmed with a specialist rig with twenty-three cameras. The experience is incredibly life-like and it gives you the sense that they are speaking directly to you.

What would you ask?

Inside the Sanctum of Remembrance within the museum is a plaque with a message that resonates particularly strongly after visiting the Reverberations exhibition, “The voice of the survivor is the authentic voice of the Holocaust, it speaks for all the victims living and dead”. Through the creation of this exhibition, we can benefit from access to that voice for generations to come.

Reverberations: A Future for Memory is now open at the Sydney Jewish Museum in Darlinghurst – you can purchase tickets HERE