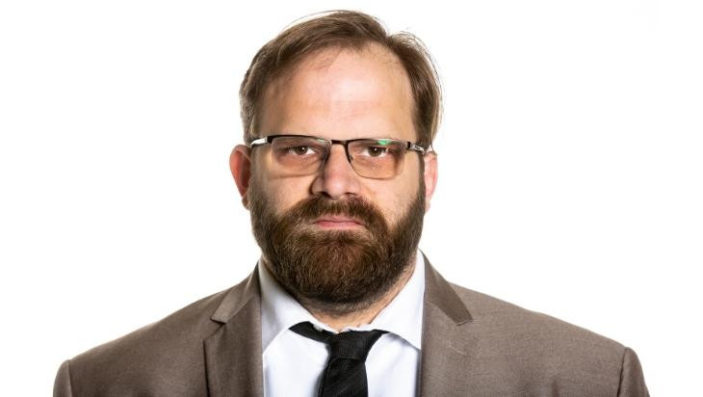 There could not be a more suitable title for a comedy show. We All Have Bloody Thoughts is exactly what you’d expect from a comedian that is known for quite shouty diatribes, especially from his appearances on the now defunct ‘Tonightly’ show, various other stand-up appearances or his opinion articles which dance on the line between satire and being uncomfortably real.

This is the line on which Greg Larsen resides. He is a smart guy. He recognises the disparity between good and bad, left and right, straight and not and would be happy to tell you about them. It’s when these thoughts start to conflict with each other and when life becomes an ever-increasing battle between these opposing sides that things get complicated and this is what Larsen attempts to convey.

His life experiences have shaped him, from the lows – working in an electrical retail store in a major hailstorm while his boss is telling him to sell more – to the highs, playing Playstation at home while the world locks down, and it’s the stories in between that reveal so much more about the man and ultimately help us respect him even more.

Larsen is a man that has been plastered with labels all of his life (fat goth, lefty, paedophile, angry, psycho), and his show goes a long to exorcising the frustration and demons that are associated with that. It has bred a fervent desire to explain himself, to explain the world around him and do that in a way that is both intense, a little bit scary, but when delivered the right way, funny as hell.

Where some shows can be cringeworthy in their embarrassment, Larsen’s show is cathartic in its honesty and how it exposes the comedian as a raw, feeling intelligent person whilst delivering observations of his life and the world around him that could only come out of an angry man’s mouth who’d been through a goth phase in Fortitude Valley.

If we didn’t know Greg Larsen before this show, we’ve since learnt to appreciate where he’s coming from and to know a bit more about where that angry persona comes from and to be honest, we all have a depressed, melodramatic, cheeseburger loving man within us that yearns to break free. Larsen is way ahead of us.