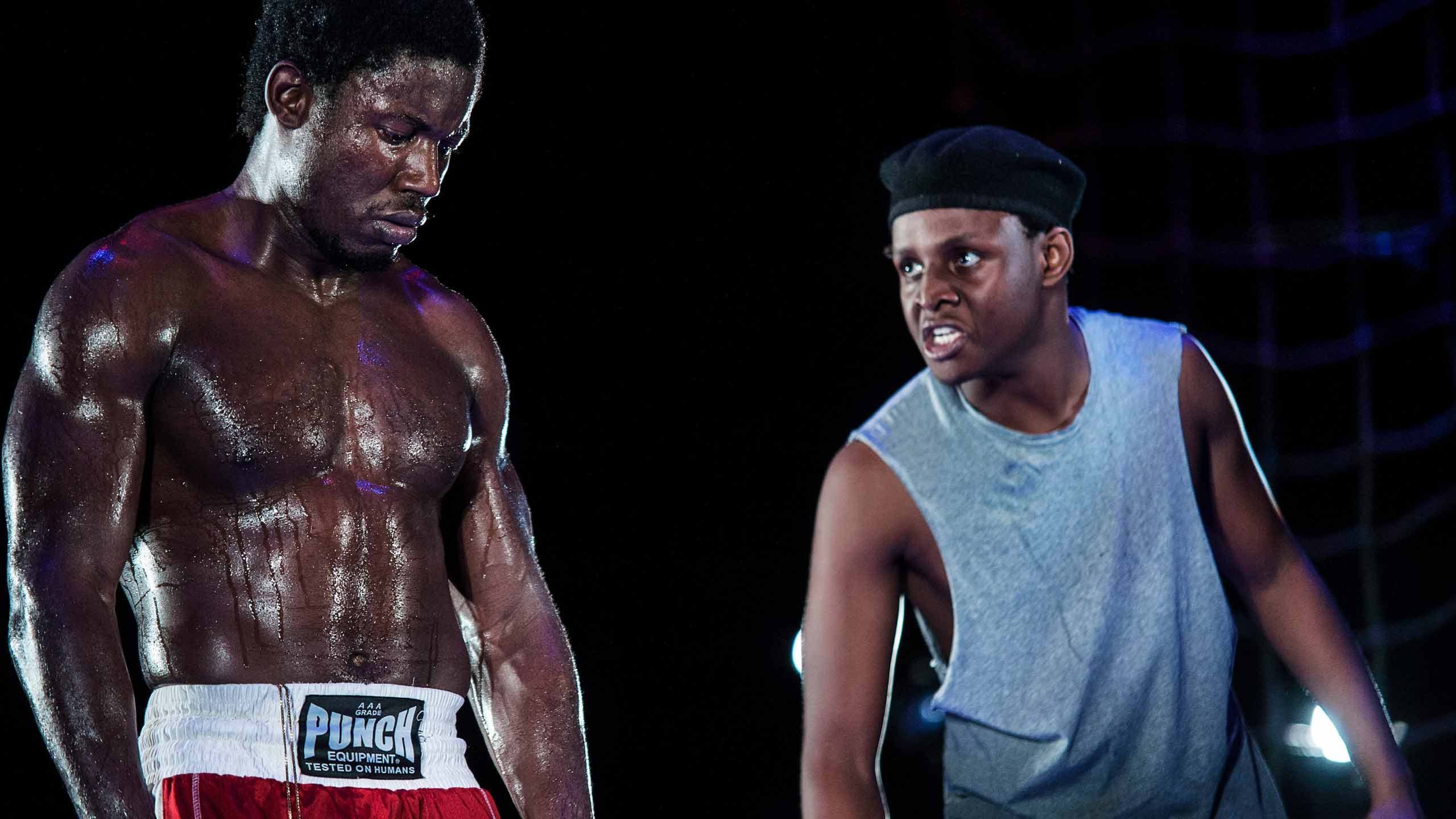 There’s a boxing ring in the middle of the room, chairs set up like a stadium in the midst of Northcote Town Hall. As we find our seats, two people are throwing punches to the surprise of audience members, and others are working out, sweating throughout the performance space. For a moment I was deeply regretting the McDonalds I’d eaten on my way over. It feels as if we have walked straight into a musty gym, complete with referees and trainers on the outskirts. We are spectators at a sporting event, but nothing prepared us for what was about to come next.

I was not ready for the emotional journey that was Prize Fighter – the debut work from Congolese-Australian writer Future D. Fidel. Intense, raw and ferociously violent, the play follows the story of Congolese refugee Isa Alaki. Isa has found a new home in Brisbane and is about to compete in a national title boxing match. However, the story becomes more than just a boxing match as Isa finds himself torn between the world he lives in now, and the world he escaped in the Congo. His coach has nicknamed him Steve “The Killer” Alaki, but all the nickname does is draw him back to his time as a child soldier for the side who massacred his entire family before his very eyes.

Everything about this production is fantastic; whether it be the gut-wrenching and emotional acting, or the exhilarating yet frightening fight scenes that had an entire audience sitting on the edge of their seats. Jumping between the memories that haunt him, the people who shaped his life and the life he lives now, the play was impeccable and is bound to stay in your mind for days afterwards.

Taking up the role of Isa, Pacharo Mzembe‘s expert acting left the audience with goosebumps, and his storytelling was immersive and powerful. Joined by a cast who played an array of characters, the performance was moving and forceful. It was no surprise that at the end of the show almost every person in the room broke into a standing ovation. The storyline is tough and confronting, so we recommend a mature audience check this one out! Prepare yourselves for impressive storytelling, superb acting and a boundary breaking plot that will leave you thinking.

Prize Fighter is in Melbourne for the Melbourne International Arts Festival until October 20th. Make sure you don’t miss out and head on over to the MIAF website HERE for tickets and more information.

This reviewer attended the show on October 9th at Northcote Town Hall.