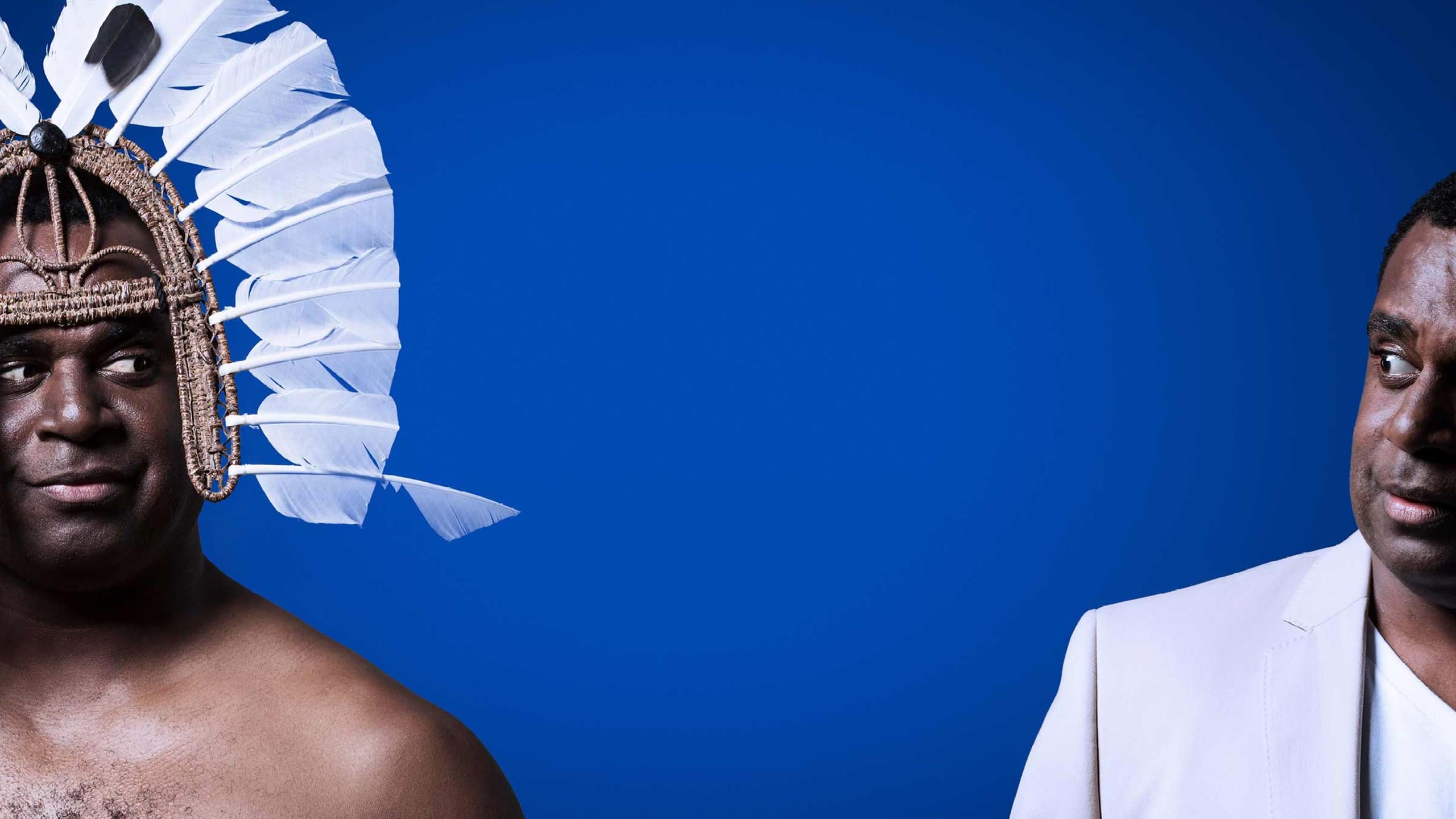 “There is a Fire, a bright flame that was lit in the past, it is still burning but the woods are burning out. My job is to put new woods in to keep the Fire burning.”

This is a quote created and practiced by Jimi Bani‘s late grandfather, Adhi Ephraim Bani Jr. The fire represents his culture, cultural practices, language and identity. The woods are Bani’s people teaching, practicing and maintaining their culture.

Jimi Bani is a Torres Strait Islander from Mabuiag Island. He is set to be the ninth Chief of Wagadagam, and his story presented in My Name is Jimi is simply amazing. It is an immersive cultural exploration, and one that everyone should go and see.

At times hilarious, and incredibly engaging in its entirety, My Name is Jimi is bold and entertaining with an array of dances, traditional music, impressive dioramas and dreamtime visions, all of which draw audiences into a culture which many of us sadly may not fully understand. With his own humorous personality keeping the audience smiling, Bani highlights the implications of colonialism and technology on the ability to keep his culture alive. This is demonstrated best through artful impersonations of a Cambridge anthropologist and a presentation of the changes in clothing – from traditional dress to the more generationally appropriate dress of a Rugby jumper and smartphone modelled by Bani’s sixteen year old son Dmitri.

Throughout the show Bani enforces the main themes in a telling fashion, showing us not only his own pain, but also his  longing to spread the knowledge of his culture through onto the next generation, and the rest of the world. His longing to maintain his identity, and the identity of the Wagadagam people is strong and moving, and resulted in a standing ovation that didn’t stop until the house lights went up.

My Name is Jimi will leave you wanting more. Wanting one last story, wanting one last traditional song, and one last hilarious test (Bani would turn the house lights up and quiz the audience on how well we remembered the names of family members or traditional dress).

Whilst some parts of the show, such as the language exchanges with Bani’s Grandmother, Petharie, and the exploration of his family tree were difficult to follow, the show proved to be an instrumental addition to the Melbourne International Arts Festival. Hopefully, My Name is Jimi highlights the need, and desire, for more cultural explorations from Indigenous people in the arts. Authentic, heartfelt and bursting at the seams with strength and love, My Name is Jimi deserved every ounce of the standing ovation.

My Name is Jimi played at Arts Centre Melbourne until October 7th. For more Melbourne International Arts Festival shows and further information, head on over the the website HERE

This reviewer attended the show on October 6th at Arts Centre Melbourne.