Melbourne Fringe Review: Darwent & Gray’s The Rest is Drag is a divine, feel good production to make you think

I called my boyfriend just after four o’clock. He was leaving his boring office to get on the boring train with the potential of taking a squiz at the boring financial review before eating a boring dinner and you get the gist. His flamboyancy was lacking, but lets not tell him that just yet.

“How would you feel about coming to a polyamorous/pansexual/non-binary musical centred around a drag king/queen duo in monogamous gay relationships with the promise of catchy show tunes and the exploration of labels and identity. ”

I can promise you this now, I had to subdue his excitement.

Trekking the maze that is the quirky, vibrant and artistic The Butterfly Club, I found myself in a downstairs room enveloped in the sounds of composer Nicholas Gray tinkling on a piano at the back of the stage. The atmosphere was intimate and immediately comfortable, however I assure you that the show would quite quickly pull you from comfort zones and immerse you into a brand new world. It would be one of the singular most eye-opening, funny and overwhelmingly heartwarming performances I may have ever been to. 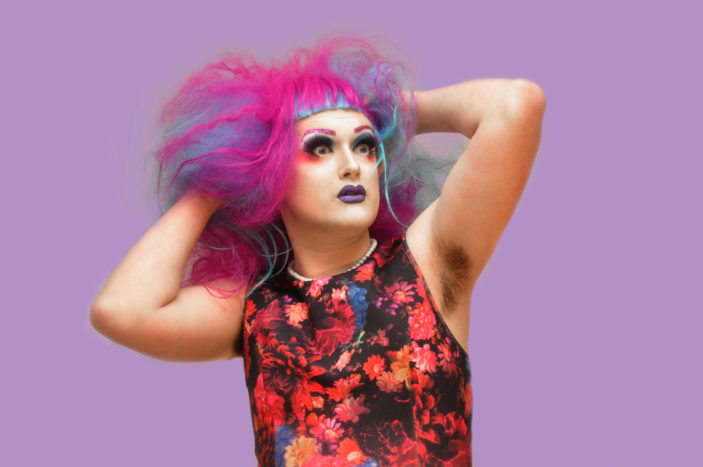 The evening in it’s entirety was comedic yet revealing and emotional, as the two main characters Michael (Jack Beeby) and Claire (Anna Burley) bounced off of each other, the chemistry between them adoringly obvious and admirable. A highlight very early on in the show was the opening song, a raucously funny and satirical attack reminding men that they should try and not “be a d*ickhead.”

Jokes and hilarity aside, the underlying exploration of the restrictions that often define the traditional exploration of identity was strong and powerful through the tumultuous relationship between the characters and the heartbreakingly honest emotion that flooded through the characters. Whilst short, the production veers away from normative performance and explodes onto the scene with a high spirited blend of musical and cabaret with a vocal storyline that is unmissable. Thoroughly enjoyable, and something that everyone should drag a friend along to. A very heterosexual boyfriend? Conservative grandparents? You won’t regret it, I promise.

The Rest is Drag enjoys performances at The Butterfly Club during the Melbourne Fringe Festival until 16th September. For tickets and more details head HERE.

The reviewer attended the production on 12th September.