Interview: We get serious with The Betoota Advocate as they continue their Roadshow around Australia 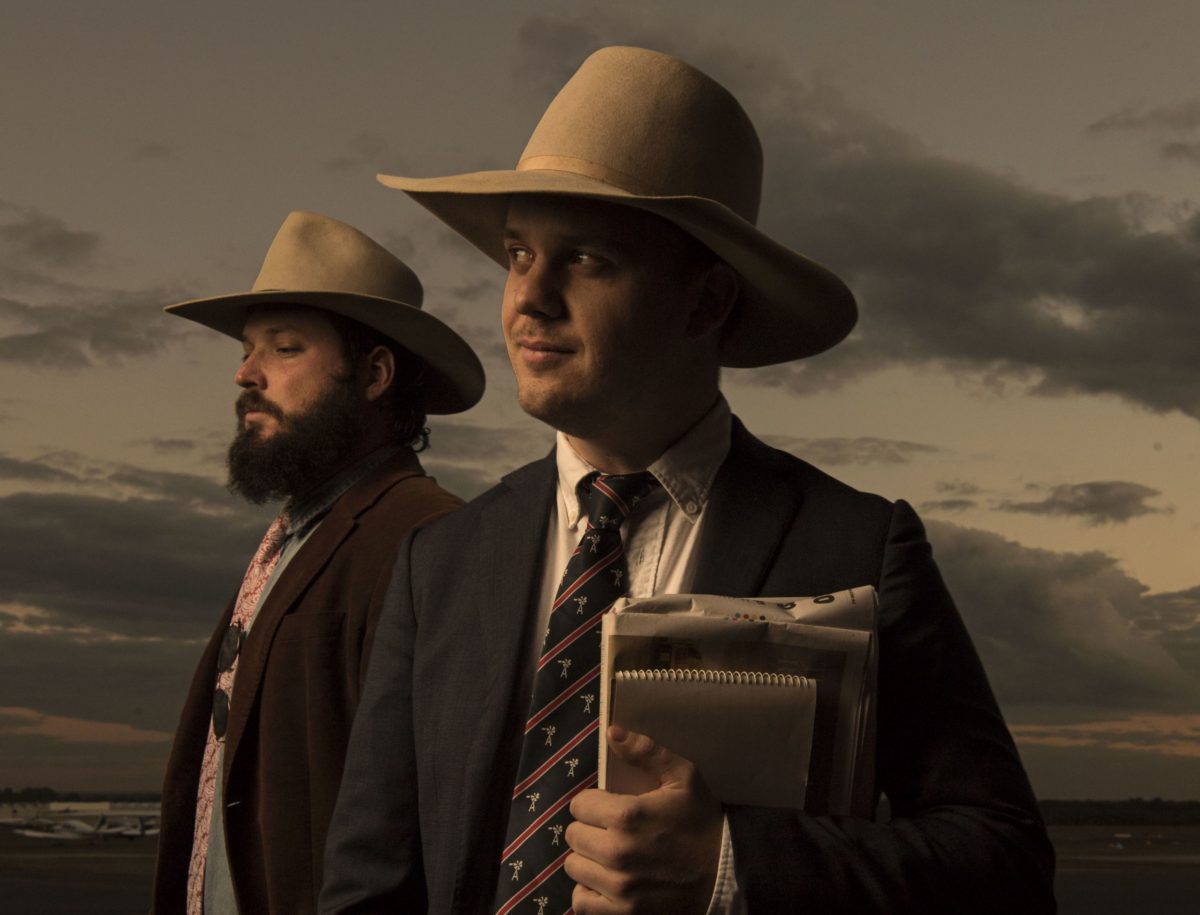 The Betoota Advocate are currently touring their roadshow Australia, and Clancy Overell and Errol Parker treat audiences to a no holds barred live show in true Betoota-style, filled with their trademark wit and humour. We caught up with the pair as they approached the end of their national run.

Can you please start by introducing yourself? How long have you been working for The Betoota Advocate and in the newspaper industry in general?

Clancy Overell: I’ve been working in the Betoota Advocate since the back end of my late 20s after a series of failed attempts at becoming my own man. After my dreams of playing professional sport were crushed by an injury, I ended up briefly working in political advising for the Bjelke-Petersen government before ultimately landed back in The Betoota Advocate newsroom, where my father was editor at the time.

What made you decide to bring The Betoota Advocate to the stage?

Errol Parker: We got railroaded into doing this for a myriad of reasons. The first being that we’ve been asked to do some similar things in the past and we hoped doing this would shut all those people up. Second is that our readership has grown to the point where there’s folk in most corners of the country who subscribe to the paper so we thought we’d head out and have a look at them, and let them have a look at us.

Why should people come and see The Betoota Advocate live?

Errol Parker: Because it’s unlikely anybody has ever seen or will ever likely see again. It’s a unique show that answers questions.

Your press release states that following mass lay-offs in the Australian media and the merger of Channel 9 and Fairfax you will explain how to keep a newspaper in the black. How do you do this? Is it mission impossible?

Errol Parker: We detail all that in the show.

Since launching online in 2014 you have developed a cult-like following. What does a typical Betoota Advocate fan look like?

Errol Parker: I don’t know? They look like people? All walks of life is what we’ve been seeing at our shows. All ages, all types of haircuts. We’ve even had some dyed hair in Melbourne. Bit of Geelong Mayor.

You have shared a few schooners with former PM, Malcom Turnbull. If you could have a beer or dinner with any politician – living or dead – who would you choose, what would you like to share with them and why?

Errol Parker: Imran Khan but I’d just ask him things about cricket because the political systems are broken in both his country and ours.

Buzzfeed have produced a Netflix series about fake news and how easy it is to produce such stories in 2018. What is your opinion of fake news and the proliferation of it in the media?

Clancy Overell: Fake new was a term of phrase created by Hillary Clinton’s campaign staff when it became time to justify how they lost a presidential election to a former Miss Universe Judge. That same expression was then hijacked by said President when it came time to explain news articles that had been quite critical of him.

The Betoota Advocate has a long and esteemed history. How do you think being a journalist today compares to the mid-1800s when the paper first launched?

Clancy Overell: Napster ruined a lot of business models in the Western World. The everyday Australian is no longer conditioned to paying $2 a day to read a newspaper. That’s why our newspaper has formed a partnership with Betoota United Brewers

Some people enjoy the smell and feel of a book. Do you feel this way about newspapers? & can print media still be as relevant as digital?

Clancy Overell: No, it can’t. In short.

Clancy Overell: No. As vapid as our pursuits may seem, we couldn’t stoop that low.

Is there anything else you’d like to tell readers of The AU Review about The Betoota Advocate live show, newspaper, podcast or other projects?

You have one chance to see what this is all about, and then we will be fucking off to the bush again and never visiting you again. Please enjoy the show.

Only a few dates remain of the tour: