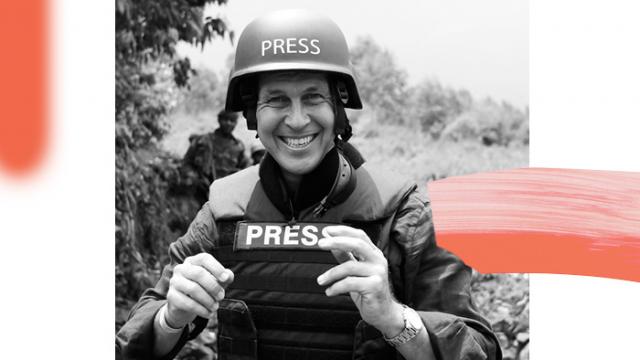 “I wouldn’t wish what I went through on my worst enemy… but it’s brought you all here today.”

Peter Greste knows that journalists don’t have the best reputation at the moment. He even puts them up with used car salesmen and politicians in public opinion. But all jokes aside, Greste spoke at this year’s Festival of Dangerous Ideas for a reason: his work as a journalist saw him locked up in Egyptian prison for 400 days.

Greste spoke to a packed out Concert Hall in the Sydney Opera House with veteran journalist and friend, Mark Colvin. He couldn’t tell us every detail, but Greste did recount his path to prison and continuing rescue efforts for his still imprisoned Al Jazeera colleagues, Mohammed Fahmy and Baher Mohamed. All in all, the focus was on the values which he champions, freedom of the press and freedom of speech.

Greste says that authorities and politicians have used the abstract “war on terror” term to clamp down on journalists, saying, “In the name of national security, we’re stopping interrogations and I’m very concerned about that.” All of which makes the job of a journalist a dangerous one, when half a century ago they were rarely direct targets.

Despite the talk show format, in a large venue, there was an honest interaction between speakers and audience whether a gasp of disbelief at the size of Greste’s cell or a round of applause to recognise the courage his family. Would he go through it again? Ironically, the hardest question of the night came from a young journalism student in the audience. Greste sighed and said that we need to get the human stories out.

Admitting a loss of faith in the system, Greste didn’t hide that his resentencing (as of this August) was shocking. But despite many injustices, he is still on the fight to free his colleagues and continue support for informed, public debate. “The internet tends to force people into radicalised silos as much as anything else. We need to have these conversations in daylight,” he said. The takeaway message – Keep tweeting, keep sharing information with your friends, and talk about the important matters in public.