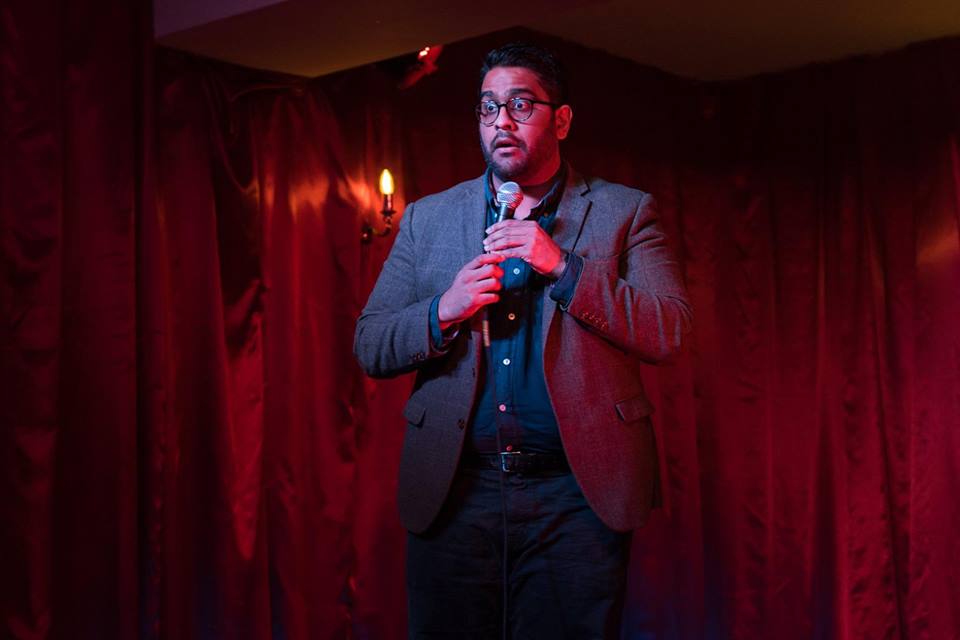 British Comedian Eshaan Akbar’s latest show Prophet Like It’s Hot sees the “Lapsed Muslim” take audiences on a journey through the Holy Qur’an, as he uses humour to take away some of the misconceptions about Islam, taking the opportunity to make fun of the now ancient text and its varied interpretations.

Feeling as much as a university lecture as it was a stand up routine, Akbar’s show took us through the “five pillars of Islam”, highlighting its oft outdated passages perceived absurdities, while he relates it to his own life and how he became a lapsed Muslim; one who grew up in the religion but now doesn’t pray, drinks alcohol and eats bacon. But he’s still a man with faith; and he uses the show to remind the audience that one doesn’t need a religion or a book with a bunch of rules to have beliefs or find comfort in faith.

This is particularly on display when Akbar gets emotional talking about the sudden passing of his mother, and the power he found in certain aspects of the faith in that experience.

It’s a clever show, though don’t expect a constant laugh-out-loud experience (though some great coffee related wordplay is one of many moments that bring the laughs). But I’d say it’s not meant to be. While Akbar tries to show there’s humour in the Qur’an, ultimately the show serves as a reminder that religion – be it Islam, Christianity or anything else – is all based around outdated material that in 2018 finds itself misinterpreted for both good and evil. And I think for Akbar, he sees it as an opportunity to take some of the seriousness out of the discussion of the religion.

Lapsed Muslim or not, the stereotyping and prosecution his friends and family have received since 9/11 must be a heavy burden to carry. And if Akbar’s well crafted Fringe show is the way he comes to terms with this, and make the difference he can, then it’s hard to argue its not a bad way of doing it. As was his intent, I definitely left the show learning more about the religion, and found time for a few good laughs along the way too; because as Akbar points out, like any religion, Islam shouldn’t be exempt from being made fun of.

Eshaan Akbar’s Edinburgh Fringe show Prophet Like It’s Hot had its final performances this weekend at Gilded Balloon Teviot – Balcony. For more details, head to the official Fringe website. To find out where Eshaan will be performing next, head to his official website.