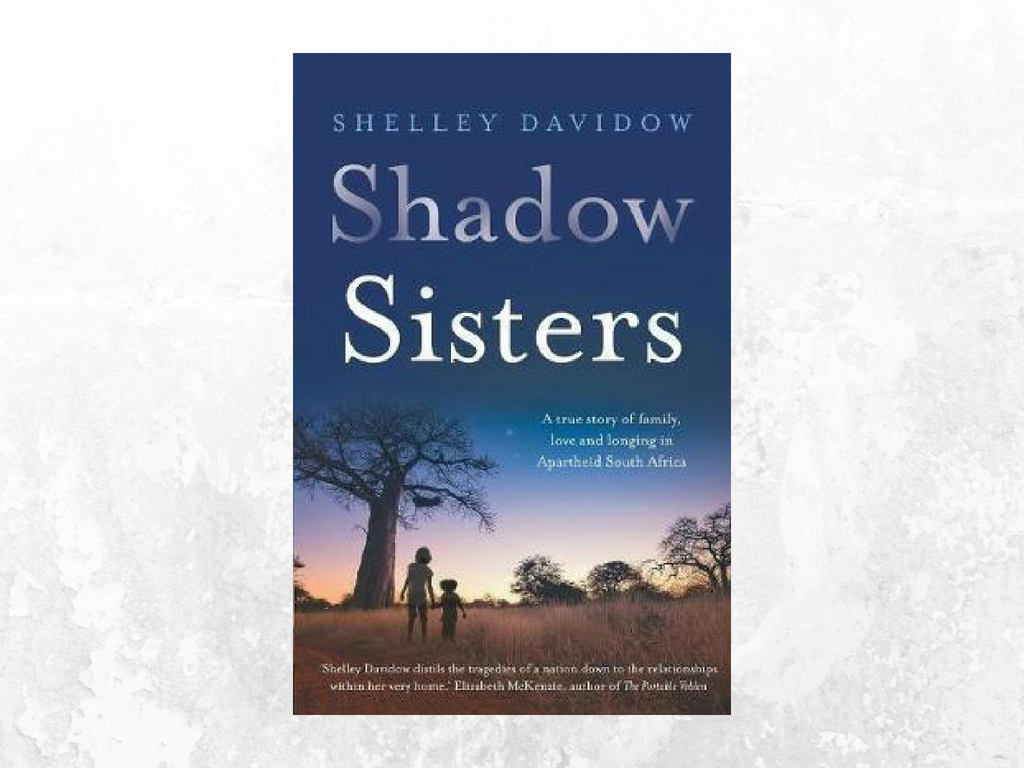 Shelley Davidow is an author and academic who grew up in South Africa during the apartheid era. Davidow is white, and looking back she knows that during her formative years she experienced privilege and certain allowances due to her skin colour. This theme of race relations and how one family negotiated this oppressive arrangement is the subject of her memoir, Shadow Sisters. This is ultimately a raw and poignant look at familial love.

Davidow’s family, like most white people at the time, employed hired help who were black. For the Davidows one of these individuals was Leena, a woman who was originally Shelley’s step-father’s housekeeper. Shelley and Leena would share a close bond with Davidow treating her caregiver like a family member and even calling her “Gogo” or grandmother.

At the time there were a number of laws which enforced segregation between the two races. There was one forbidding white and black people from living together, another disallowed mixed marriages and one stipulated that a mixed couple couldn’t copulate. In this environment, Davidow’s alternative parents decided to flout these strict laws. They were compassionate artists and they decided to let Leena live with their family even though this was against the law.

A few years later Leena would bring her three-year-old granddaughter Rosie to live with her and the Davidow family. Leena said that the little girl was her son’s child and that her granddaughter had no mother. Rosie was treated like all of the other children in the Davidow family but this meant she was allowed privileges that Leena didn’t have. This meant that poor Rosie was often stuck between two worlds and never fully accepted in either. She wasn’t allowed to go to the park or on holiday with the white family. She was also referred to as a “coconut” by her black relatives because they feared the little girl was becoming too white.

This story has some unexpected twists and turns in it. Davidow, for example, would develop an eating disorder. She believes this is at least in part due to the guilt she was experiencing over her white privilege. This book does get quite raw and unflinching in its honesty. You do get the sense that Davidow isn’t holding things back in her prose, nor in her depictions of her brutal and violent homeland during what was arguably one of the most turbulent points ever seen in the country’s history.

Shadow Sisters is as much Rosie’s story as much as it is Shelley’s, and Davidow does a good job of knitting together the way their lives intersected and differed as well as recounting the social upheaval that was taking place during this time. This book is ultimately Davidow’s search for hope, reconciliation and healing, written at a time where she can now sit back and question with her adult mind whether love for her Shadow Sister and Gogo were actually enough. This gut-wrenching and tragic tale certainly offers up one bold look at a conflicted and disparate reality.

Shelley Davidow’s Shadow Sisters is available now through the University of Queensland Press.