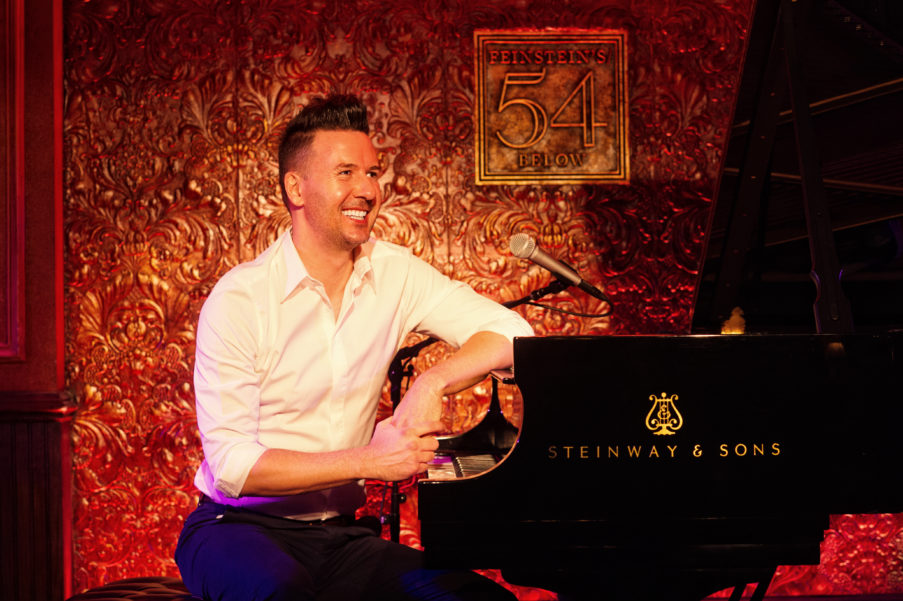 Michael Griffiths is an Australian cabaret performer from Australia coming back to Edinburgh for his 6th Fringe in a row, this time armed with his hit show Songs By Kylie. As the title suggests, the production is an hour of all things Kylie Minogue. We caught up with Michael to find out more about it and being an Aussie in Edinburgh.

Griffiths is no stranger to focusing on an individual artist, as he tells us, “In past years I’ve been Madonna, Annie Lennox and Cole Porter but this show is definitely the most fun to do.” Perhaps it’s the Australian connections?

So what can people expect from the show? “People can expect an affectionate tribute to Kylie. I don’t dress up as her, rather I embody her spirit and take you back to the early days of Neighbours and the Hit Factory, going it alone to find her voice, through to her rebirth as the ultimate disco diva. Its full of laughs and 80’s nostalgia but mostly its a bunch of some of the best pop songs from the last 30 years.”

While the show has been performed all over Australia, this is its UK debut, “I know how beloved she is over there, I reckon she’s more popular in the UK than back home! Australia never quite got ‘pop’ music they way the UK does, its usually about ‘rock’ over here. I’m pop all the way!”

So is he making any changes for his Scottish audience? “I’ve been performing it in OZ for just over a year now. I’m making a few little changes to some of the Aussie references that won’t necessarily land in the UK, but it’s pretty much stayed the same. The songs are so good and I have such a ball singing them – it’s the kind of show where if I really nail it, the audience spontaneously jumps up for a boogie with me.”

Griffiths is no stranger to the Edinburgh Fringe either, so we asked him about his past experiences there, “Edinburgh really is unique, firstly because of its size alone. It’s also a place to hone your skills and be inspired. I’ve had every experience seeing hundred of shows there – from sneaking out of shows before they finished to needing to sit down and have good cry from being so profoundly moved.”

“I’ve been lucky too in that every year I’ve had further opportunities come from my Edinburgh season, often getting bookings back in Australia and New Zealand. It’s like a massive performing arts shopping market!”

And does being Australian give him any advantage? “I’m not really sure,” he said, “There are SO many Aussies every year that we’re hardly a novelty. Mind you, it may be the only time of year to catch us so that might be an advantage!”

And of course, to end our chat, we had to ask Griffiths to sell us the show: “If you love Kylie like me, this is the ultimate feel good show for you. Put your hand on your heart and step back in time, Kylie wouldn’t change a thing!”

Michael Griffiths: Songs By Kylie will be at the Assembly Rooms: The Bubble – George Square Gardens at 5.20pm for the month of August for tickets go to edfringe.com.

After Edinburgh, you can see Michael at London’s Brasserie Zedel for four shows only, before he brings the show back down under to Perth. For more details head to his official website.