Every two years, Melbourne’s much respected Circus Oz pitch their tent in Sydney, and while it might feel like just yesterday that the troupe were last here, that time has arrived once again, with Thursday night holding the opening night premiere of the newest Circus Oz production: Cranked Up.

While Sydney Festival offers circus and acrobatic delights generally skewed towards a more mature audience, Circus Oz is very much about “fun for the whole family”, with acrobatics, comedy, music and just about everything else a variety show needs, crammed into a massive two hours (with interval) that will delight audience members young and old.

The difference between something like Circus Oz and, say, the Cirque du Soleil is fairly immediate: this is a show that puts its focus on “fun” rather than spectacle. That’s not to say that the show isn’t without its spectacular moments – it certainly has them – but it’s far from the barrage of acrobatic splendour that the Cirque is known for… and for most, I’m sure, this is welcome indeed. 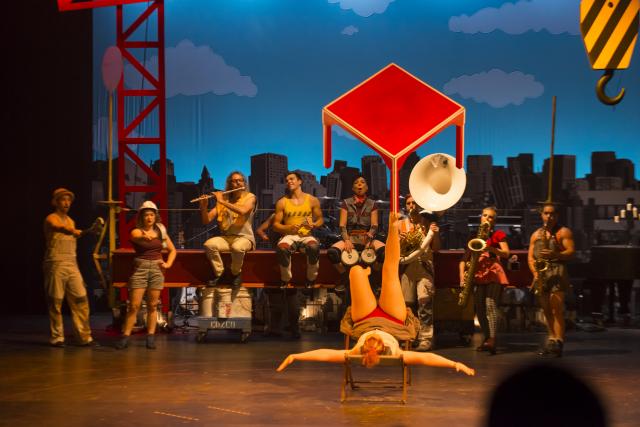 The general concept behind Cranked Up is we’re taken on a journey through a variety of characters who are on an Australian construction site. This gives the creative minds behind the show the opportunity to create some interesting set pieces for the incredibly talented players.

Highlights of the show include the group’s drummer performing from a swinging crane, while the acrobats dance around and under the moving set piece, skillfully moving out of the way just in time – certainly a spectacle as much as a technically impressive endeavour, and one of the night’s easy highlights. Music is a big part of the show, with plenty of musician involvement, such as during the segment pictured below, proving that you don’t have to be able to bend your body into a box to be a circus performer. This was one aspect of the show I didn’t expect, and found myself enjoying some of these musicial moments the best. Well, I do run a music focused site after all – I guess I shouldn’t be surprised! 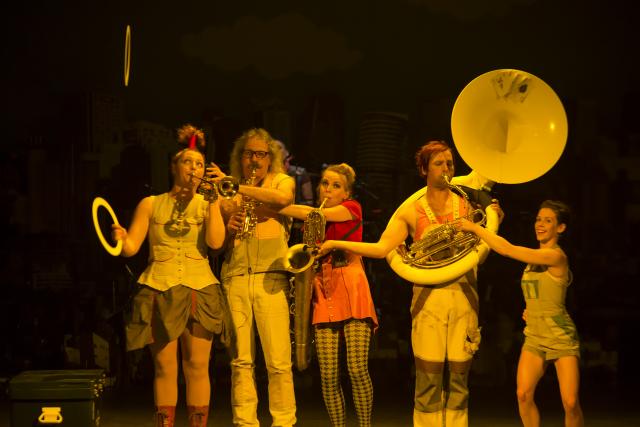 The “magician” comedy duo served the part of the “clowns” that every circus needs, and were very entertaining, with plenty of Australian specific jokes and banter thrown in, as well as Aboriginal themes as the show alternated between the playful and the impressive. One moment a woman is juggling balls with her feet, giggling like a spoilt school girl, and the next, our pianist is suspended above the stage, while an acrobatic act involves a high-impact see-saw. 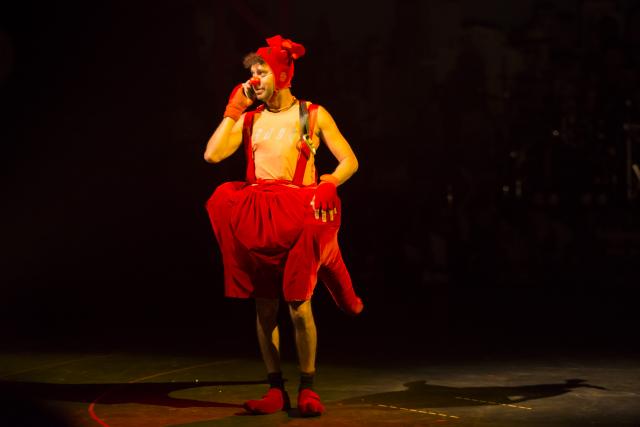 There was no one being shot out of the cannon, and certainly no animals, but Circus Oz does deliver plenty of the classic moments anyone who’s been to a circus like this before would expect. A girl suspended over the stage in a hula hoop, bending her body and spinning around in more ways than you thought possible, balancing acts, tightropes and skip ropes (made out of people, no less), juggling, hat tricks and our cast jumping onto a heavily loaded bicycle.

Some acts are certainly more memorable than others, but all are presented in a unique way and make it a must see show – especially for anyone who hasn’t had a chance to attend the circus before, this is a fantastic place to start. And there’s just so much going on from start to finish that you might find it hard not to visit a second time… or a third! 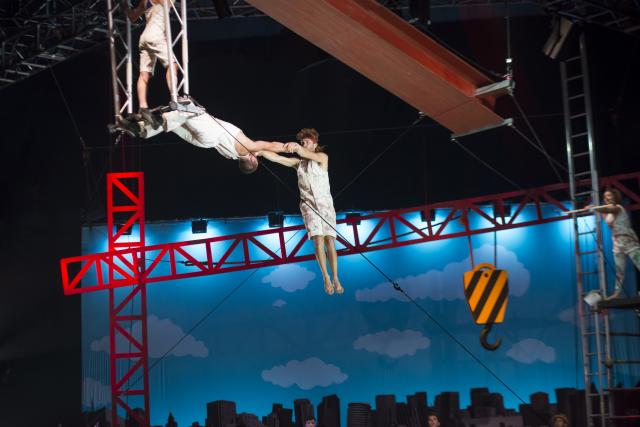 Circus Oz are celebrating 35 years of bringing the art of the circus to the world, making Melbourne the “heart of circus” in Australia as a result and doing their part to show that everyone has a talent they can show off to the world. It was a pleasure to experience their fine work. For me it was my first time enjoying this particular ensemble and I daresay it won’t be the last.

For more details about this run of shows, which extends until January 27th under the Big Top at Tumbalong Park in Sydney’s Darling Harbour, head to their official website.