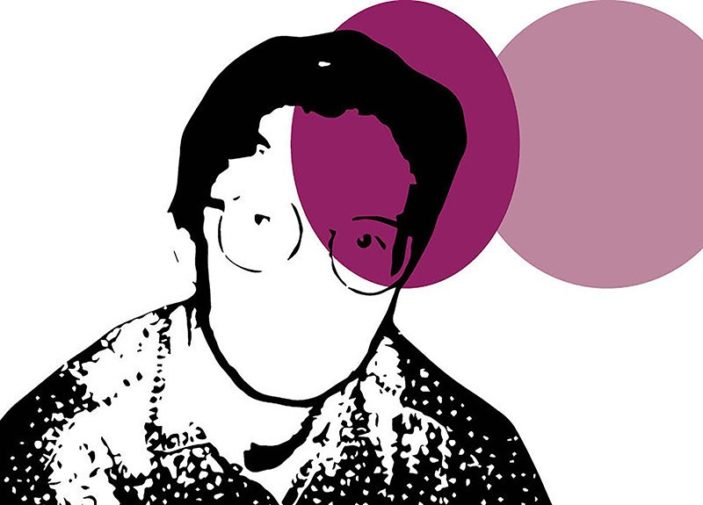 Introducing Brendan Clare: actor, husband, father, IT nerd. Diagnosed with autism in his 40s, he faces his fears to tell his story with humour and heart. Brendan will look back on moments that were bewildering and disturbing, but now seem profound and illuminating. The AU Review sat down with him before his first Adelaide Fringe show to understand the man behind the show.

Tell us a little about yourself. Your bio lists husband, actor, father, IT nerd, tall with spiky hair and kind to animals.

That’s about me. Adelaide born and bred. I’ve been doing amateur theatre for a while. A few months back my friend Sofie (Kim)and my friend Lynette (Washington) said how about we do a Fringe show about you. I thought O-Kayyy, but yeah it’s been fun putting together and writing it with Lynette.

How confronting is it to have a show about yourself?

Look, it took a bit of getting used to I’ll be honest. It just so happens I’m also running for state parliament. There are corflute posters of my face everywhere I drive and it’s just bizarre. So having your own Fringe show which is really all about me and bits of my life story it is a bit freaky. I’m not a movie star, I’m just a regular bloke from the suburbs. It’s all a bit interesting. A bit exciting.

I always think seeing yourself as other people see you is tricky. People hate their own voices or photographs of themselves and things like that so I imagine putting your life like that would be quite the ordeal.

It may well be. In some ways I don’t know yet ’cause I haven’t actually performed the show to anyone other than two of my closest friends. Ask me again on Sunday and I’ll tell you. I imagine it will be. My sister and my parents are saying, “should we actually come to this thing?” I told them I don’t mind, but it’s almost easier to do it in front of a bunch of complete strangers than to close friends and family. If I absolutely hate it then I won’t do it again.

The title of the show “deStig” is a reference to the stigma surrounding autism?

DE stigmatisation is where it came from. It’s not that we talk about this much in the show. It’s only a 20-minute show so we’ve had to cut out an awful lot of stuff that may have been interesting. Hopefully we kept in what’s interesting and funny. Part of what it is, is to just talk to people. Not necessarily other ‘Aspi’ people and not necessarily autistic people, just regular old people off the street about what it’s like [to have Asperger’s]. It’s mostly just me telling some stories and hoping to get a few people smiling or chuckling. If I could also have a little bit of an impact on just a few more people understanding a bit about what it is to be my type of Autistic. There are so many different types. If I can share a bit of my experience with people that’s gotta to be a good thing.

You were diagnosed with Asperger’s in your 40s. Did it come up like a revelation or you sort of went oh now that makes sense?

To some extent yeah. I don’t wanna quote the whole show to you. Just after I talk about the actual diagnosis, I say it’s not like a disease. If you get diagnosed with a disease, that means you were fine and now you’re sick. This is different. I’ve always been me, but now I understand a bit more about what that means; why I’m similar to other people in some ways and different in other ways; why my brain works just a little bit differently than some do. So yeah, it’s a revelation, but not kind of life altering. It just meant that I understood me a bit better. I’ve already been living for 40 something years in my head. I knew I was good at some things, and I knew I was really not very good at other things but I’ve sort of learned coping mechanisms as it went along, without having the word Asperger’s to put on.

As far as this stigmatisation, do you think there’s a little bit more understanding and acceptance today versus maybe when you were growing up?

I would say very probably among large groups of people, yes. It depends on who you’re talking to. I think there’s still a bunch of people who just haven’t had any exposure to it. I think that a lot of people, when they hear the word autism, they think of one specific sort of autism. It’s seen perhaps a bit more in in the media than some of the others. When I first started to tell people that I’ve been diagnosed as Asperger’s, people would tell me that you’re not autistic. “You can talk to people”. “You can maintain eye contact”. I can, but it’s always been a bit awkward. It’s taken a while. I’m not hiding who I am but I’m sort of just trying to fit into the shape of what everyone else does. What do I need to do to look like everyone else and to behave like everyone else?

John Shepherd is sort of an alter ego. There’s a story behind that in the show too. It’s a name I used when I was feeling awkward and didn’t want to be me. It’s a part of what happened and but again I didn’t really understand all this. I’m not a trained psychologist now and sure as heck wasn’t in my teens. It’s just a name I would use sometimes, but not ever with any intention to deceive. I don’t think anyone ever seriously thought that I was pretending that I believed I was someone else. It wasn’t me; it was John Shepherd. When I would call my friend Sofie, her mom would always say, oh it’s John Shepherd. She still calls me that, even now.

What about some of the positives of having Asperger’s?

Two come to mind. The first one is just that when I’m focused on something, when I’m interested in something and when I don’t have external pressures on my time, I can just sit down and focus for hours and hours. I taught myself to programme a computer when I was in my teens. I can sit down for hours at a time just nutting through this problem. Maybe I’ll stand up and walk around nutting out this problem but then I’ll go back and keep coding it. If it’s something that I’m interested in I can maintain that focus for a ridiculously long amount of time, hunger and thirst permitting.

The other thing is that I get quite unreasonably delighted by small wins or small things that go well. I was trying to instal a little bit of software yesterday. I was trying to instal it a week ago and it wouldn’t work, so I walked away. I tried again to instal it just yesterday and it worked. I had this great big smile on my face. I saw on the screen this cool little cool number. It’s such a small thing, and it doesn’t make much difference in the in the overall scheme of things, but yeah that that tiny thing does make me happy. I went for a walk this morning near Belair National Park and I saw a kangaroo just stop by the side of the road, look at me and then ignore me and keep munching. That just made me feel really happy that the animal knew or could guess that I was no threat. I didn’t wanna hurt him. I just wandered past and kept walking and he got back to his breakfast. It’s just little things that no one else would notice. When small things go well that can put a really big smile on my face.

The cliche is that autistic people are very good with numbers and patterns. Is that something that you feel?

I’m not the autistic savant genius level that we see in a TV and films. I was moderately good at math, so I got through high school without ever actually really studying maths but still passed quite comfortably. In engineering in the first year, I got through first-year engineering. I paid attention in the lectures and tutes but I never studied. I never revised anything. Apparently, I’m not smart enough to get through second year maths at university level without studying. I passed a couple of subjects and failed second year. I’m better than average, but yeah, I’m not I’m not the ‘count into a 42 car deck shoe of cards’. I have a strange memory I can remember phone numbers from some phone numbers from 30 years ago but ask my wife if I’ve got a good memory and she’ll just laugh. I constantly forget to do things, but if I don’t want to it just it doesn’t stick and then she’ll come back and say did you do bloody ******* do it?

What’s your plan once you have presented this show?

I’m just confidently expecting that George Clooney will rock up offer me … no, I don’t know. I wrote it myself with some assistance from Lynette Washington. She’s got a PhD in writing so she’s pretty good at it, but most of the words came from me. Whether it’ll be any good or funny remains to be seen. If by some astonishingly strange chance it turns out to be a wild runaway, we could do it again next Fringe. If someone wanted to pay me to go to Edinburgh, I’d do it there, but my main problem is that I’ve got a house with a mortgage, my partner, two kids and three cats all of whom enjoy eating from time to time and to have clothes on their backs. I think realistically speaking unless some millionaire decides to fund me, it’s a long shot. But the universe is a strange place.

Find out more about the show here