A taste of Adelaide Fringe’s 20th Garden of Unearthly Delights 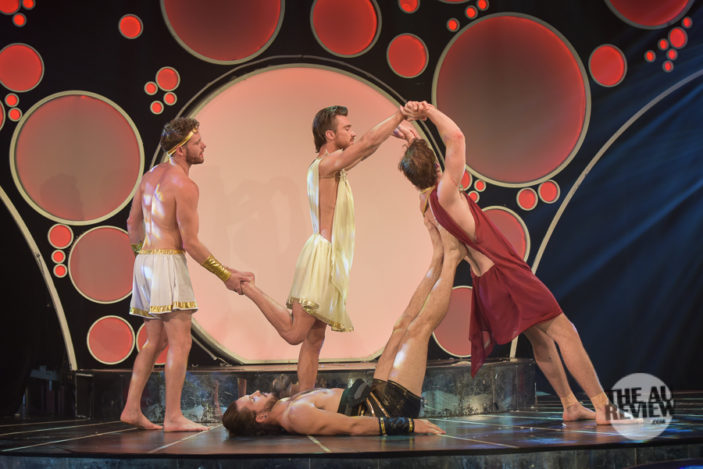 We were invited to a special media preview in The Garden of Unearthly Delights, celebrating 20 years as being part of the Adelaide Fringe. Director Scott Maidment introduced a few selected acts in the gorgeous Spiegeltent.

First up was Mirko, direct from Berlin and part of the Blanc de Blanc Encore, with his newly developed act. Climbing onto a tower of wine glasses, he culminated in a one-armed handstand.

Eccentric Circus performer Kerol, who is part of The Purple Rabbit collective, performed a fascinating beat-box using two microphones and creating up to four different sounds at once.

Raymond Crowe, a world class illusionist performed a highly amusing act with a virtual baby in a box. It needs to be seen to be believed.

Headliners GODZ are fresh from Perth Fringe with their own venue within the Garden. The Head First Acrobats are well known for their risque and cheeky performances and promise not to disappoint.

The Garden of Unearthly delights opens on Thursday 17th Feb and is a family-friendly carnival wonderland open for the duration of the Adelaide Fringe.