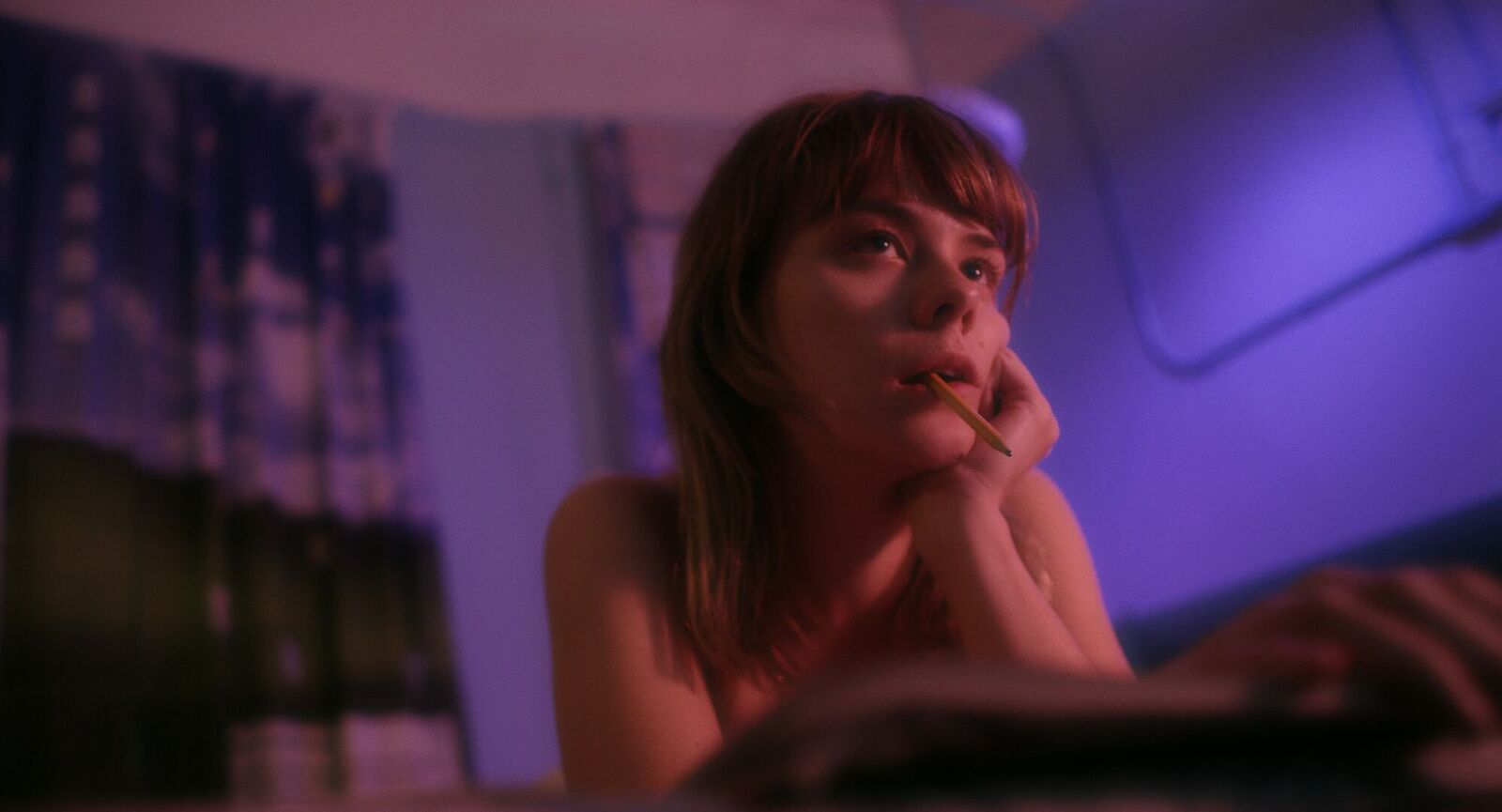 You anticipate a film to be vogue when millennial buzzwords and Internet culture forms the first ten minutes. You probably wouldn’t expect that film to be any good either. I didn’t. But by the time Wobble Palace had reached its epilogue, it had convinced me of a couple of things. The first, that it wasn’t the film it seemed doomed to be.

At the point in their relationship when Jane (Dasha Nekrasova) and Eugene (Eugene Kotlyarenko) have grown to hate another, sticking together only for cheap rent, they reach a compromise and decide to split their house for the weekend. Eugene takes it Saturday and Jane Sunday. Eugene’s day of independence fills the first half of the film with scuffed Tinder dates, desperation and more than a few questionable decisions.

Jane, while reflecting more on her time alone, lives it with the same depravity as Eugene. From the time she spends with her second man to a sequence of existential crises and moments of self-loathing, Jane’s day off is every bit as strange and self-centred. The two reunite after their time apart and try to figure out what it is, if anything, that they’ve learnt from their weekend.

When alt-lit gained traction in the mid-2000’s a lot of people were offended that the genre was even being read. It was juvenile people thought, without substance and the exact sum of an arts degree. Others thought it was indicative of the kind of lives young people were living. The same discussion would be held if the type of film Eugene Kotlyarenko has made reached a wide enough audience.

Nothing really happens in Wobble Palace. There are a lot small events that make up the screen time, but there’s no obvious allegory or motif. If we side with the supporters of alt-lit, this type of film is more telling on the lives of young people than anything more complicated. Looking through the other scope however, and it’s the worst film ever made.

Wobble Palace is too funny and clever to fall to its critics. A mix of one-liners, monologues and fast editing create the film’s best moments. Eugene reflecting on a burger diner in the heart of Chinatown and Jane’s Coachella security guard role-play (that develops into something a little more edgy) are scenes that wouldn’t bode well with a lot of audiences, but fit the film’s niche to a T.

The millennial repetition on the other hand gets a little questionable. Audiences of any age or place might have trouble emphasising with some of the stuff that Eugene and Jane do. It would likely piss a few people off, but again, that’s probably Kotlyarenko’s point. And while shot against the backdrop of the 2016 election, with words like libtard and oppressed thrown around throughout, the only context the film’s politics ever really add is a timeline.

It’s a strange film, with enough odd moments and edgy humour to carry it through its feature length. In retrospect, there’s not a lot to think about in Wobble Palace, and that’s just the other thing there is to take from it; as long as you reference enough cool things, your work will never be bad to everyone.

Film Score: THREE AND A HALF STARS (OUT OF FIVE)

Wobble Palace had its world premiere earlier this year at SXSW in Austin, Texas.