Screen Australia have announced they will be investing a whopping $17 million across 23 projects comprised of six films, ten television series and seven online productions. Highlights include a movie adaptation of Jane Harper’s international hit novel The Dry, to be directed by veteran filmmaker Robert Connolly.

Graeme Mason, CEO of Screen Australia commented on the news, saying, “This slate represents the most money we have ever invested in adult TV drama in a single round. Indeed in the ten years Screen Australia has been operating, the near $20m we have invested in adult TV drama in the 2017/18 financial year is an all-time record.“It truly is a remarkable time for Australian television, and it is clear local broadcasters and streaming services see our local stories as their point of difference in an incredibly crowded marketplace. Many of the titles in this round have the makings of returnable series, representing potentially years of work for not only the creative teams, but for the hundreds of cast and crew that it takes to get these stories to screens.”

Funded television drama projects include streaming service Stan’s original series Bloom, written by Glen Dolman (High Life) with John Curran (Chappaquiddick) directing. Based around a small Victorian country town devastated by a flood, a strange plant soon appears with the power to restore youth. However, the townsfolk must soon learn to balance their new found youth with their deepest life regrets.

Kate McCartney and Kate McLennan better known as ‘The Kates’ will return to the ABC with a second season of Get Krack!n, a satirical morning television show produced by Tamasin Simpkin and Antje Kulpe, and executive produced by Kevin Whyte (Please Like Me).

The producing and directing duo of Rebecca Sumerton and Sophie Hyde have teamed up for The Hunt, a new drama SBS series centred around two high school teachers who discover students sharing explicit photos of underage students, which proves to be a stressful revelation that puts an incredible stress on four teenage friends and their families.

Playing for Keeps is the new 46-minute drama series from Network Ten and Screentime, set to follow the male-dominated world of a football club where the real power lies with the women. From writers Claire Phillips and Christine Bartlett, both of which have worked on successful series Offspring and The Wrong Girl. Film Victoria have also invested in the production.

The Unlisted comes from Aquarius Films with this 15 x 26 minute series created by Justin Flynn, with Rhys Graham and Greg Waters on board to direct the smart action series aimed at children.

Funded feature film projects include director Maziar Lahooti’s first feature film Below. The film will centre around the story of Dougie, a darknet drifter who enters the world of corruption and blackmail in a detention centre called Newhaven, all set in a near-future Australia.

Director Kriv Stenders (Red Dog) has recently wrapped on shooting his latest project Danger Close: The Battle of Long Tan, telling the story of a group of inexperienced Australain and New Zealand soldiers who held off an enemy force of 2,500 North Vietnamese and Main Force Viet Cong soldiers in South Vietnam 1966. 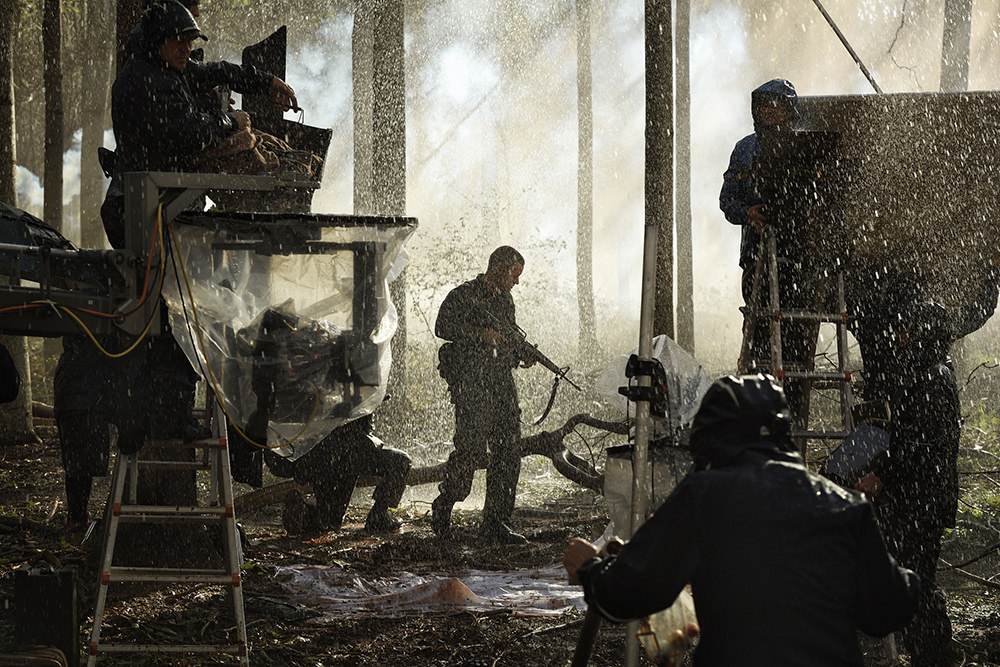 The Dry will be an adaptation of the best-selling novel by Jane Harper of the same name. Robert Connolly directs the story of a murder mystery in the desolate Australian outback.

Rams is the English adaptation of Icelandic film Hrútar, which won the 2015 Un Certain Regard award at Cannes Film Festival. Adapted by Western Australian screenwriter Jules Duncan with Jeremy Sims directing. The film tells the story of two feuding brothers who must work together to save their small town and their family’s legacy.

Indie production company Carver will begin working on Relic, a new psychological horror centred around three generations of women haunted by a case of dementia taking over the family home. Relic marks the directorial debut for Natalie Erika James (Creswick) and the second Gender Matters Brilliant Stories to go into production.

Funded online production projects include the 10 year Beached Aziversary to be aired on ABC. Written and directed by Nick Boshier, Jarod Green and Anthony MacFarlane, the whale and the seagull will once again be reunited in a whole new era of absurdity and hilarity.

Co-directed by Lucy Campbell and Peter Ninos, The Big Nothing is a sci-fi detective thriller centred around a detective sent to investigate a murder on an isolated mining outpost near Saturn.

Robbie Hood tells the re-imagined tale of Robin Hood, set in outback Alice Springs. Directed and written by Dylan River (Finke), co-written by Kodie Bedford (Grace Beside Me) and produced by up and coming producers Tanith Glynn-Maloney and Meg O’Connell, SBS, Screen Queensland and Screen Territory are also on board to support the series.

A further online project was also approved and will be announced later this month.

The Iris wishes to congratulate each selected project. For more information and the full selected line-up, you can click here.

“I’ve been guilty in the past of writing very, I don’t want to say vapid, but not as lyrically dense songs. So, I just wanted to write something that’s real...” @SegaDreamboat talks about his new LP, out today. https://www.theaureview.com/music/interview-jeremy-neale-pushes-through-the-rat-race-with-sophomore-solo-album-we-were-trying-to-make-it-out/

Today's #TrackOfTheDay comes from Toronto's Elrichman. Told from the perspective of a cop, a horse and then a phone, it's a wonderfully odd (but good) way to end the week #NewMusic

"It’s a welcoming soundscape, one that conjures up feelings of lazy Sunday afternoons, of contentment and calm."

#InTheGrandScheme, the debut album from WA's Michael Dunstan is out now...