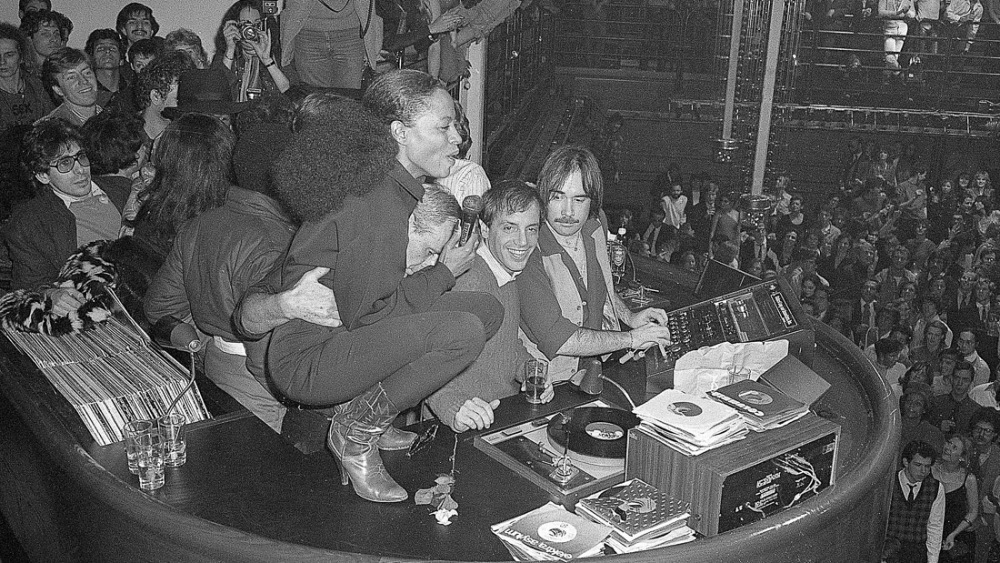 Groucho Marx once said he wouldn’t want to belong to a club that would have him as a member. For us mere mortals, the world’s most famous nightclub remains elusive territory. It only existed for 33 months and if you were lucky enough to be there, chances are the velvet rope held you back. Studio 54: The Documentary is a film that allows us all to revel in the legend and to sup at the altar of the fame and the infamy.

This documentary is directed by Matt Tyrnauer (Valentino: The Last Emperor). It tells the story of two unlikely friends from Brooklyn – the extroverted and closeted, Steve Rubell and the introverted, Ian Schrager – and their accidental and monumental success. The pair met at Syracuse University and decided to open a nightclub at the former CBS Studios. In doing so, they helped establish an “adult amusement park” filled with sex, drugs and disco music.

Schrager features prominently in this film. He is now a successful hotelier and property developer and this is the first time he has opened up about Studio 54. His former business partner passed away from AIDS-complications in 1989 and appears here via archive interviews. Schrager is candid about what happened in the club for the most part; but you also get the sense that some of the bigger questions remain unanswered. The overall tone here is positive and it often feels like dancing away under the warm glow of disco lights.

This documentary captures the highs and lows of the club. There was its successful heyday where major celebrities were among the frequent patrons. These names included: Cher, Andy Warhol, Truman Capote, Diana Ross, Mick Jagger and Divine. These stars aren’t interviewed here but Nile Rodgers of Chic-fame is one of the talking heads. A very young Michael Jackson also appears courtesy of an old interview where he remarks that this was a place to escape and forget your troubles.

This film includes interviews with Studio regulars as well as: journalists, club promoters and former staff members. They provide rich anecdotes from the club’s history and help make this documentary a good primer. One thing that is interesting is that while this place seemed elitist from the outside, inside it was a safe haven for LGBTQ people at a time when homophobia was rife.

Studio 54: The Documentary is not just about the highs–like the successes and the drug euphoria. A good part of this film is also devoted to the club’s downfall. The owners were jailed for tax evasion and for skimming money. The management also failed to get a proper liquor license. There were plenty of gaffes and mistakes made in this story; at times this makes it feel like Peter Hook’s tome about the Haçienda, How Not to Run a Club. These are cautionary tales but they are also darned fun.

It seems that so many years after this party finished, Studio 54 continues to inspire people. The subject of books and a 1998 film, this story is a rollicking celebration of friendship, hedonism and 1970s excess. There’s a lot to like between the blackened walls of this prestigious club and this illuminating film. Studio 54: The Documentary will make you wish you were there to enjoy the nightlife and to dance where those young hearts ran free. This documentary will make you wish that this hip party never finished.

Studio 54: The Documentary plays as part of the Jewish International Film Festival, with sessions around Australia until 21st November. For tickets and more information, head HERE.