Is Disney Plus’ new kids film Artemis Fowl worth watching? 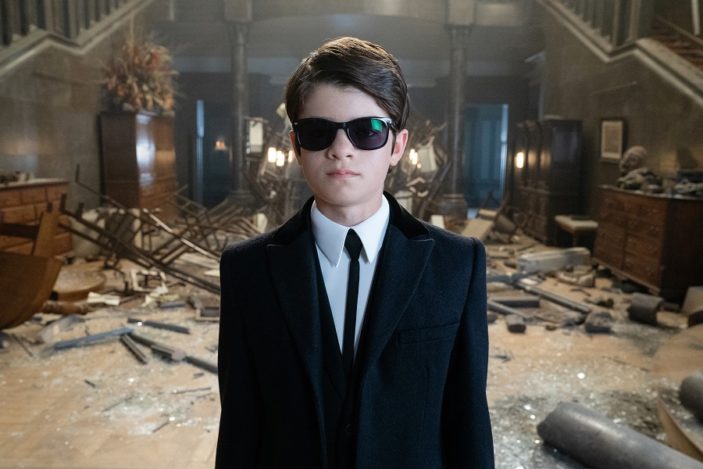 Based on the 2001 book series by author Eoin Colfer, Disney have finally released their latest adaptation onto their streaming service. The film was originally delayed from an August release last year to April 2020. Then the Covid-19 pandemic caused a closure of cinemas globally. Now, finally, the film finally receives a release on Disney Plus on Friday, June 12th.

Artemis Fowl II (Ferdia Shaw) is a twelve year old prodigy; throughout his entire life his father Artemis Fowl I (Colin Farrell) has taught him about the many wonders of the world. What he doesn’t know though, is that he is also the descendant of a long line of criminal masterminds. When his father is mysteriously kidnapped it’s up to him, his trusty butler Domovoi Butler (Nonso Anozie), and Juliet Butler, Domovoi’s niece (Tamara Smart) to find him. Artemis’ investigations though will lead him to a world of fairies, dwarves, trolls and other fantastical creatures that he only thought were in stories. He’ll need the help of fairy Captain Holly Short (Lara McDonnell) and dwarf Mulch Duggins (Josh Gad) to truly get to the bottom of this mystery.

Directed by Kenneth Branagh, the film’s screenplay adapts the first and second books. With some adjustments made to the characters in order to shorten and fit everything into the tight 95 minute screenplay. Fans of the book series might be a bit frustrated at having both Artemis Fowl and Artemis Fowl and the Arctic Incident condensed together. But the story doesn’t appear to get too bogged down by the changes.

The film is a fast-paced fantasy action romp that will entertain young audiences. The switching between the settings of Fowl Manor and the fairy world underneath helps keeps the pace moving. Both of the young leads, Shaw and McDonnell are exceptional to watch, managing to command the screen. Which is impressive considering that some of their co-stars are far more experienced. Some of the visual effects are pretty fun too, with the filmmakers implementing some trickery with freezing time or the use of fairy weaponry.

However, the tight run time and the constant pace at which the film moves doesn’t leave much time for character growth or development. Besides Artemis learning that he’s part of a more intricate unfolding conspiracy, he doesn’t really change as a person. Also, the fact that the narrative feels it’s necessary to explain everything that’s on screen will probably annoy older kids who don’t need all that exposition. I was also completely confused as to why Judi Dench felt the need to implement an awkward Irish accent. Or why Josh Gad had to half growl his way throughout the entire film; which wouldn’t be so bad except he’s the narrator for most of the film.

It’s been a good while since we’ve been treated to a kids movie that mixes up mystery, action and fantasy together. The adaptation from the book series isn’t too drastic and seems to work with its own continuity. Although some fans might quibble over the changes. The excess exposition and lack of character growth are problematic, but this is easily forgotten by the time the film is done. Parents will enjoy getting to park their younger kids in front of this film for an hour and a half and it won’t be too taxing on them to join in too.

Artemis Fowl is screening on Disney Plus from 12 June 2020