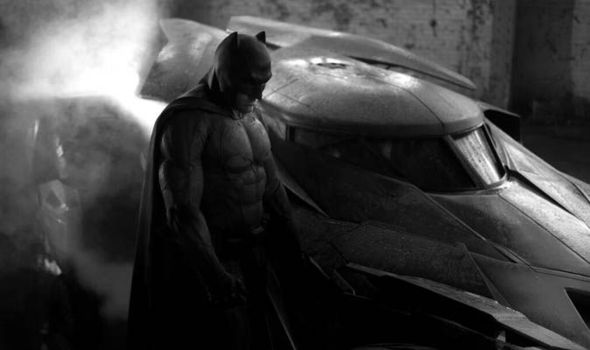 Ever since it was announced last year that Ben Affleck would be taking over the role of Bruce Wayne/Batman from Christian Bale in Zack Snyder’s untitled Batman vs. Superman film, fans have experienced a complex set of emotions. While many were not hugely happy with the casting choice, everyone has been holding out for a glimpse of Affleck in costume. Thanks to Snyder’s Twitter page, we now have the first image of Affleck in the suit, standing beside his Batmobile.

It’s an incredibly effective image and looks like it would easily fit into the world Snyder created in last year’s Man of Steel. The design of the new Batmobile seems to be somewhat of a cross between the vehicles from the Nolan-era films and the Burton-era films. Below is a close-up image of the costume from costume designer Michael Wilkinson.

We can expect a barrage of images and footage to overwhelm us over the next two years until the film is finally released. It is likely that we will have a teaser trailer before the end of the year, with publicity really heating up throughout 2015. Regardless of what you thought about Snyder’s Man of Steel, any film that is going to set Batman against Superman is a huge deal and will have even the most skeptical fans in the cinema on opening day.

Zack Snyder’s untitled Batman vs. Superman film will be released in Australian cinemas on May 5th, 2016.