Film Review: Night School (USA, 2018) is a film that will have you begging for an expulsion 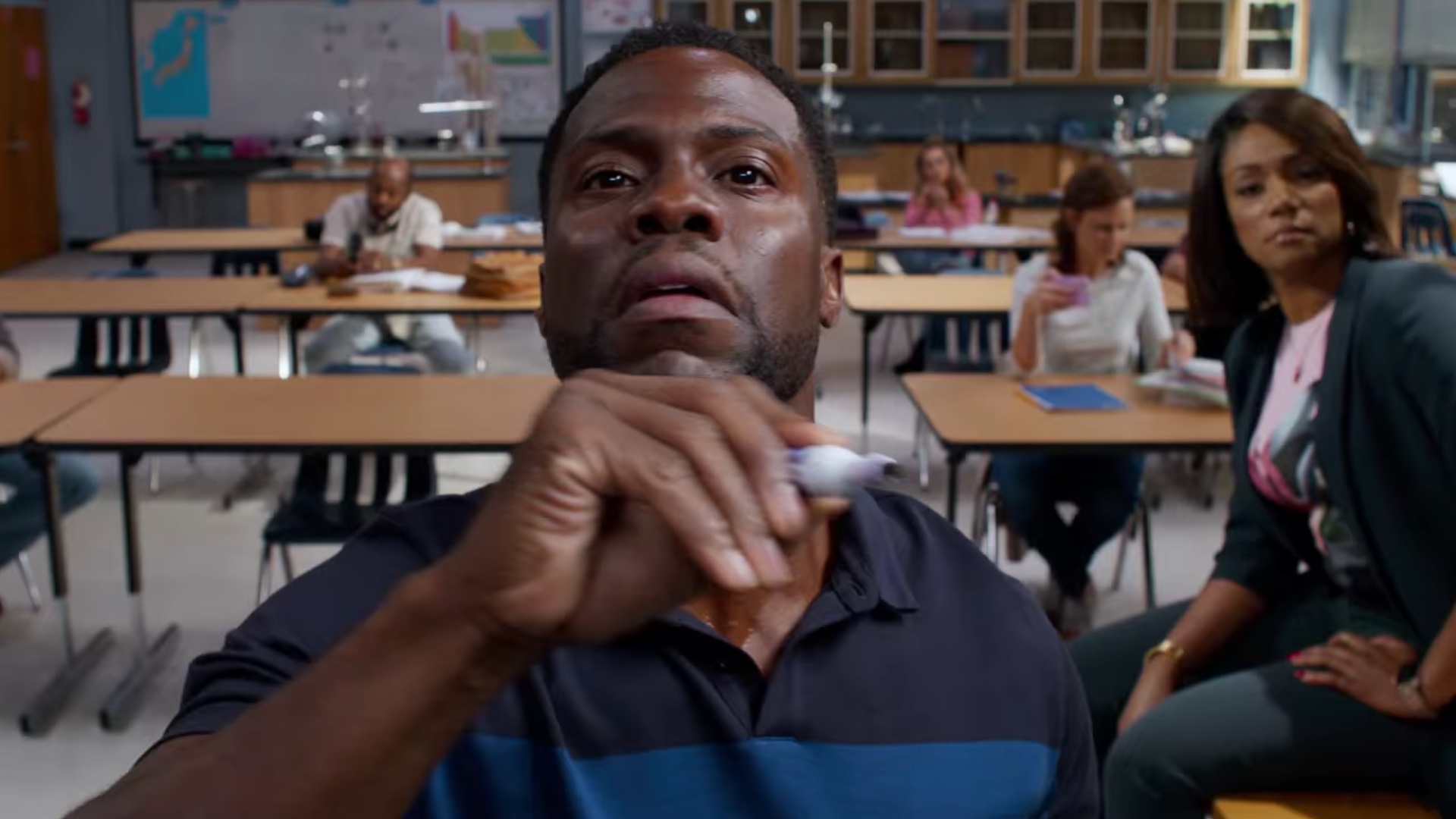 Night School is a film with a very well-worn premise that has been done many times before (Billy Madison and Old School to name a few), but there factors here that could make the film transcend my meagre expectations. One is the paring of Kevin Hart and Tiffany Haddish, two of the biggest comedy stars right now. Both have achieved great success in film, television and other ventures, and have been delighting audiences with their great comedic chops. Another is the direction of Malcolm D. Lee, who has just got off his smashing success of the raunchy comedy, Girls Trip.

But there are signs that the film could be a bad one. One is the fact that the film has SIX credited screenwriters including Hart himself, which shows signs of “too many cooks in the kitchen.” Another hint is the time of the preview screening; the night before the local release date, which is usually a tactic to drum up lots of advertising to get people to see a film that is most likely bad, or the distributors want to withhold plot details of the story, which is highly doubtful in this case.

Will Night School succeed with flying colours in being a very funny comedy despite the factors that play against it? The exam starts now.

Kevin Hart plays Teddy Walker, a successful barbecue appliance salesman whose life takes an unexpected and amusing turn when he accidentally blows up his place of employment. Due to that unfortunate incident and some extenuating circumstances (including working as a restaurant mascot), he is forced to attend night school to get his GED, where he soon finds himself dealing with a group of misfit students, his former high school nemesis who is also the school principal (Taran Killam), and a feisty teacher (Tiffany Haddish) who doesn’t think he’s too bright.

If I were to attend to a night school such as the one portrayed in this film, I would be down on my knees, pleading until my throat bleeds to be expelled from the class, because Night School is one of the most insufferable comedies of the year.

Let’s begin with the positives before the stress starts to overwhelm. Tiffany Haddish is the lone bright light here, and she does wring some titters out of the terrible script, thanks to her line deliveries and innate charisma. She’s surprisingly nuanced in the part and very likeable. She should’ve been the lead instead of Hart.

And there are the supporting actors that succeed at some points, including Keith David, of whom there is very little screen-time; Al Madrigal, who makes the most out of the stereotype that he’s saddled with, and Romany Malco, who gets points for going beyond for his character (who misinterprets technology and current terminology like “woke”).

And now come the big red marks on this exam paper because this effort is such a huge failure. The direction from Lee is to just plant the camera and the cast do their improvisations, which is fine if your performers have support from a good script, but they don’t. It certainly does not help that these improvisations go on forever, killing the comedic momentum and in one case, killing the suspense. The class introduction scene in particular goes on for ages and ages that any chances of potential mirth become deflated and feelings of claustrophobia would set in.

It also doesn’t help that gags in the film are either so terrible that they may make you gag (some involving flatulence, vomiting and even pubic hair), stolen from other sources (one joke is stolen from the TV show, Friends) or even repeated; there is one gag, which involves Killam doing an impression of an African-American attitude; it is the exact same joke from Girls Trip, made by the same damn director here. And it is when the jokes fail, that is when you start noticing the film’s other blatant flaws, flaws that you would not usually notice or be too bothered with if the jokes were funny. The film tries to both have its cake and eat it too when it comes to the portrayal of learning disabilities, treating it as a joke and then attempt to take it seriously; it just comes off as infuriatingly duplicitous and disingenuous.

The storytelling is also awful, to the point of looking incompetent. Scenes have no smooth transitions into each other, and in one particular scene, involving a daring escape, one person gets severely injured and all of a sudden, the scene is finished and it goes to a different setting. How did the characters escape without getting caught? But the worst flaw of the film is that all the characters in the night school itself (aside from Haddish’s character Carey) are all unlikable idiots. Rob Riggle does stupid things without any plausibility nor reason as to why he does the actions that he does, Mary Lynn Rajskub is annoying and she has an awful scene involving ass-shaking and walnuts and Taran Killam does the same joke from Girls Trip, which is the impersonation of black people and yet it feels tired here.

And then there’s Kevin Hart himself, the lead actor, scriptwriter and producer. Hart tries incredibly hard in the role with his motormouth, self-deprecating style, but he only ends up being incredibly trying and frankly, it’s getting old. In Night School, he plays a character that the audience is meant to find endearing and who is constantly told that he’s not dumb because he has a learning disorder (which is not a spoiler because it’s in the trailer). I’m sorry, but I’m gonna take issue with that, and say instead that his character is a deceitful, manipulative and selfish fool. He encourages his classmates to steal and risk their lives(?!) for GED exam answers (trial GED exam answers!), he lies to his fiance about his situation when he could have clearly and harmlessly said otherwise, and he expects generosity from a person that he bullied; it just goes on and on and on.

Not to mention that the ending is severely anti-climactic thanks to repetition once again and the attempt of unearned and predictable sentimentality, but I’m gonna stop right there before I develop an aneurysm.

Night School is an irritating comedy with unlikable characters, unfunny gags, long droning scenes of improvisations and lack of direction that not even bright spots like Haddish can flare up this failure.

ONE AND A HALF STAR (OUT OF FIVE)