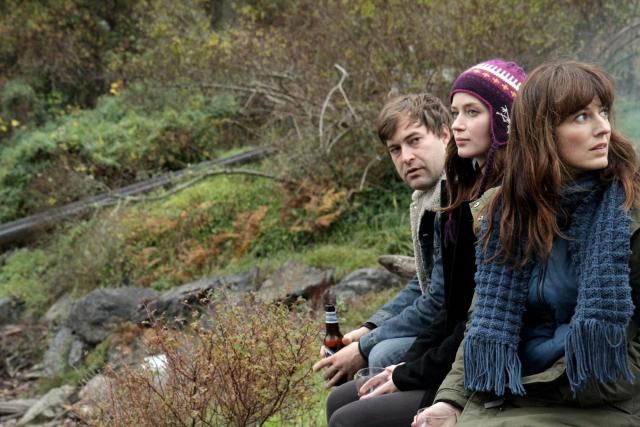 Jack (Mark Duplass) is mourning the loss of his brother. After a mild implosion at a memorial ceremony, his best friend, also his brother’s ex, Iris (Emily Blunt) orders him to some alone time in her father’s cabin in the wintery woods on an Island off Washington State.

But Iris’ sister, Hannah (Rosemarie Dewitt), has the same idea, having just left a long-term relationship. After an awkward introduction, the two are soon drowning their sorrows in tequila.

What ensues is a fairly standard love triangle, but in a small and lovely indie-film package. The formula itself remains pretty much the same – Iris realises that she’s in love with her best friend, but there are obstacles, and she finds herself in a ‘should I, shouldn’t I?’ dilemma.

Jack is a natural clown, self-deprecating and a bit neurotic, nihilistically ploughing through his grief with cavalier rationale. Hannah is non-plussed, self-assured and independent, and has all that believable sibling love-meets-rivalry carry-on with her adoring and selfless younger sister, Iris.

While occasionally veering dangerously close to too-familiar territory, what elevates this rendering of the formula above the ho-hum, is the delightful frisson between the actors. It’s a talk-heavy film with a partly improvised feel, and the characters’ interplay – natural and dynamic, like the conversations you might be having if you were an extremely cool, funny, comfortably neurotic 20-something from Seattle – is the glue for what might have otherwise been pretty standard and plays up the characters’ flaws and anxieties to gorgeously comic effect.

The story plays out like an intensely likeable, art house romantic comedy, both hilarious and understated, and with its indie edge, it’s a cut above.