When Suicide Squad (2016) hit our screens it was mostly panned by critics and audiences didn’t favour it much either. But one universally acknowledged good thing in that movie was Margot Robbie’s portrayal of Harley Quinn. After that film’s release Robbie had been adamant she was keen to continue discovering more about this character. Lo and behold she has put her money where her mouth is and the result is Birds Of Prey (aka Birds Of Prey And The Fantabulous Emancipation Of One Harley Quinn).

It feels a little meta that Robbie throws Birds of Prey in the release mix coming off the back of Bombshell, a film that delves into the #MeToo movement and the need for female empowerment in the workplace. This is a film that she has rightfully championed and actively insisted on the need for a strong diverse female cast, female director and even female scriptwriter. Robbie’s increasing bankability as a Hollywood star not only afforded her the money but also the edge to convince Warner Bros to back this movie, something that took more than 5 years to do. So it’s worth applauding Robbie for having the guts to follow through and turn this passion project into a reality.

The film directed by Cathy Yan, written by Christina Hodson, and also starring Rosie Perez, Jurnee Smollet-Bell, Mary Elizabeth Winstead and Ella Jay  Basco comes charging out of the gates. The result is an irreverent and funny and plenty violent comic book character movie not too dissimilar to another character who wears red (and a little black). There’s definitely some similarities between Harley Quinn and Deadpool here. Both are too verbose, both have an inner monologue that ends up being an outer monologue and both have a tendency to break the fourth wall in order to engage with their audience. 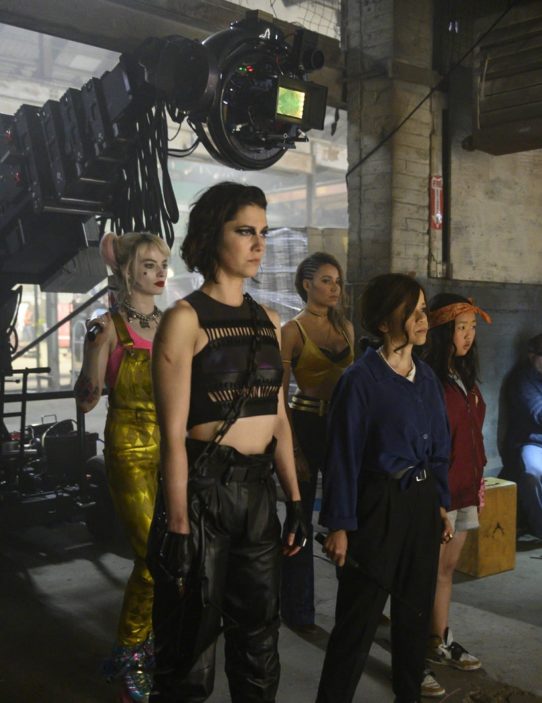 So it’s no surprise that this film will resonate with some of that crowd, and more specifically with female audiences who have wanted their own R-rated (or MA 15+ in Australia) heroine to look up to. Frustratingly though women are still having to argue their relevance and need for these movies against whiny man-babies who think that the female stars aren’t sexy looking enough. Whilst The Hollywood Reporter commented on how Birds of Prey is an opportunity to “flip the script” by possessing all those rude, vulgar, violent traits that we’ve come to see in male led action movies. This myriad of arguments and discussions are tediously repetitive: just give us the same as what boys get but with real, relatable, diverse women!

Speaking of action, the sequences in Birds of Prey are dynamic, exciting and in parts uniquely designed for the female cast. One of the climactic battles sees our Birds go up against a battalion of bad guys in the midst of an abandoned amusement park funhouse called “The Booby Trap”. Think funhouse mirrors, slides, whack-a-moles, see-saws and trampolines but with punching, kicking and weapons thrown in.

Robbie gets to utilise her I, Tonya skating skills but this time on wheels, so it’s hilarious seeing baddies copping roller skates to the face. Smollet-Bell as Dinah Lance even gets to whip her long locks around before being thrown a hair-tie assist from Robbie’s Harley. There’s even a gag about getting punched in the boob (all us women know exactly what that’s like). 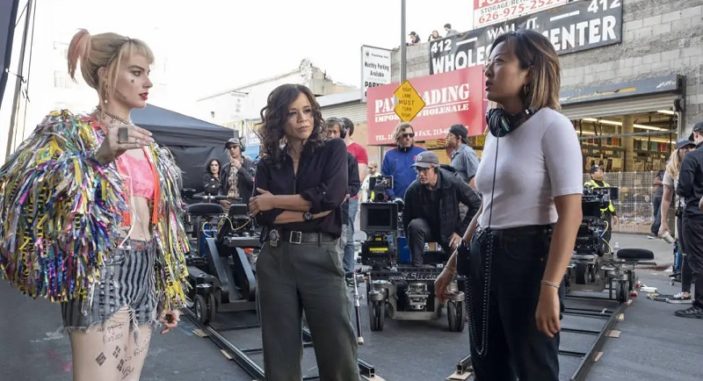 It’s about time female audiences started getting their fair share of attention in the film scene, but even nowadays it’s still an ongoing struggle for acknowledgement. Just look at Oscars 2020 and the fact that so many great women weren’t even given a nomination. Maria Lewis’ hot take is a perfect summation of what’s wrong with this year’s list of nominees.

One of Australia’s leading female actors Rachel Griffiths, who also recently debuted as director on Ride Like A Girl (the story about female jockey Michelle Payne’s Melbourne Cup win) posted on her Instagram about the frustration of male critics dominating discussions around Taylor Swift’s Miss Americana documentary on Netflix. When the global population of the world comprises 49.6% women yet the majority of media outlets are still dominated by men, of course the reviews and news about female content is going to end up skewed negatively. How can men comment on women’s issues, when they’ve never been impacted or affected by the prejudices or issues that women face?

It’s tiresome and exhausting to repeat this same argument about the need for equality. Birds of Prey is a reminder that we once again are having to actively push feminism to the fore. It’s existence is only because a woman with credibility and monetary credit was able to leverage those things in order for it to happen. Its anticipated success will hopefully mean that movies with women both in front of, and behind the camera, will become a more appealing business option for studios in need of change moving forward.

Birds of Prey And The Fantabulous Emancipation Of One Harley Quinn is currently screening in Australian cinemas.