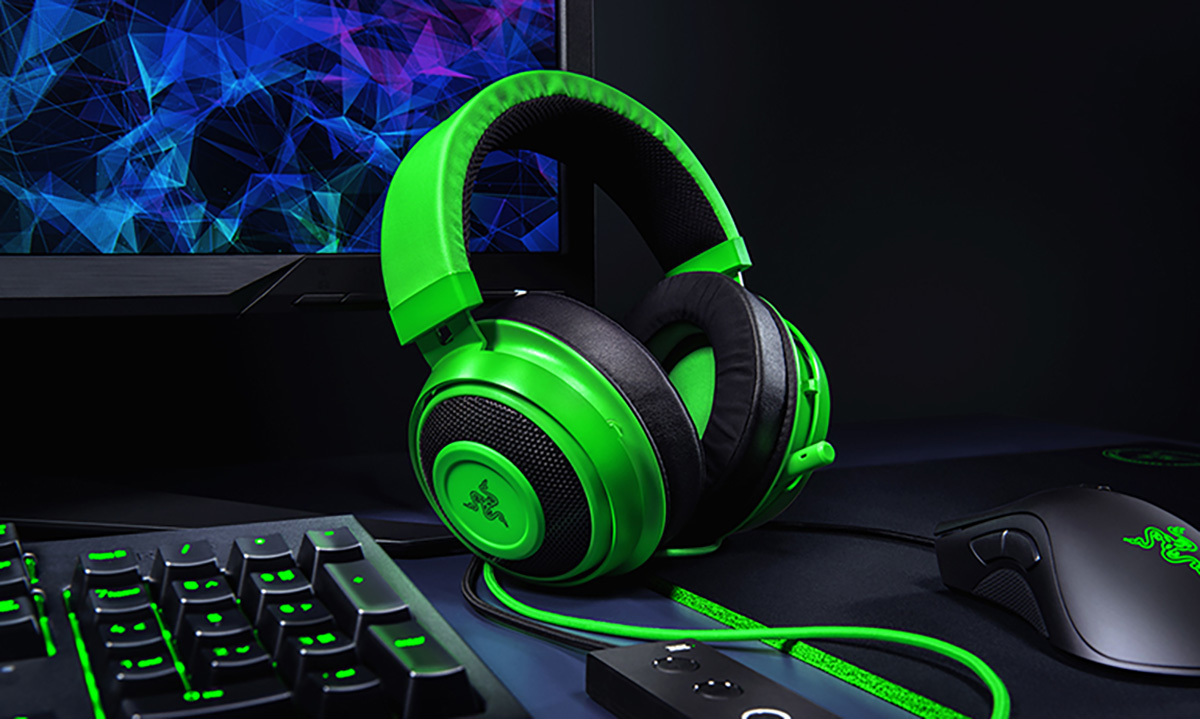 I have a very delicate head, I really do. Princess and the Pea style, in fact. Every set of headphones I’ve tried has squashed and squeezed my little noggin every which way, giving me headache upon headache as I’ve searched in vain to find the answer.

It’s appropriate that we’re coming into the holiday season, because just like magic, the Razer Kraken Tournament Edition Headset recently came down from the heavens to bless me with its presence (read: was couriered by some hardworking, saintly soul). While these badasses might be named after a creature found in the deepest, darkest pits of the ocean, there’s nothing at all monstrous about these ‘phones.

The Kraken headset features generous padding on both over-ear cups and the joining band, making for a soft and cloud-like experience even after hours of use. The pads are also soft enough to accommodate for glasses without squeezing or scraping them, a glaring problem that I’ve had issues with in the past. Both cups are also very roomy, which should be good news for the big-eared amongst us.

Beyond comfort, these things look incredible, and taking them on my morning and afternoon commutes turned heads (or maybe I had some food on my face, but let’s imagine it’s the latter). The Tournament Edition of the Kraken is bright, lime green and black, a colour contrast that works brilliantly to create a vibrant and eye-popping aesthetic.

This headset is also designed with gaming performance in mind, featuring THX spatial audio that adds a layer of depth to your environment. It sure did make my journey through the Fields of Ard Skellig feel absolutely phenomenal. With a PC-minded control panel that allowed easy access to volume, bass and mic settings, it was superbly easy to change my preferences on the fly.

The bad boys opened me up to a whole new world of sound, and it made listening to music on the bus that much more juicy. For example, did you know there’s a jazzy little synth solo at the beginning of ‘Never Tear Us Apart’ by INXS? I didn’t, because I’d never had a pair of headphones that’d been able to pick it up.

The bass is impressive for a headset like this, giving off enough ‘Boom Boom Pow’ to make the Black Eyed Peas proud. Songs were smooth, crisp and packed a punch, which is far more than I can say for the $12.95 pair of Aldi buds I upgraded from.

While this headset is designed for gaming, there’s no obstacle for multi-modal use, and they quickly became my go-to headset to tune out the early morning bus rabble. They’re not quite noise cancelling, but they do a brilliant job of imprisoning you in a safe little cone of dulled chatter, and playing music all but blocks out background noise.

Another nifty little feature on the headset is a pull out microphone that can be adjusted as needed, or pushed back into its tiny little microphone hole when not in use. While I didn’t spend a lot of time fiddling with mic, using voice chat produced crisp and neat audio – in a gaming setting, there’s not much more you could ask for.

The Razer Kraken Tournament Edition headset surprised me, perhaps because I’d been burned once too many times by similarly priced headphones that disappointed me. Sitting at a price point of around $169AUD, they’re squarely in the middle price range of gaming headsets, but I’d place the quality somewhere in the upper tier.

While their bulkiness and garishness won’t be for everyone (they are also available in black), this headset gave me hope that maybe; just maybe, I’d found a solution to all my gaming woes.