With live music set to return in America, why festivals like Hinterland are going to be more important than ever 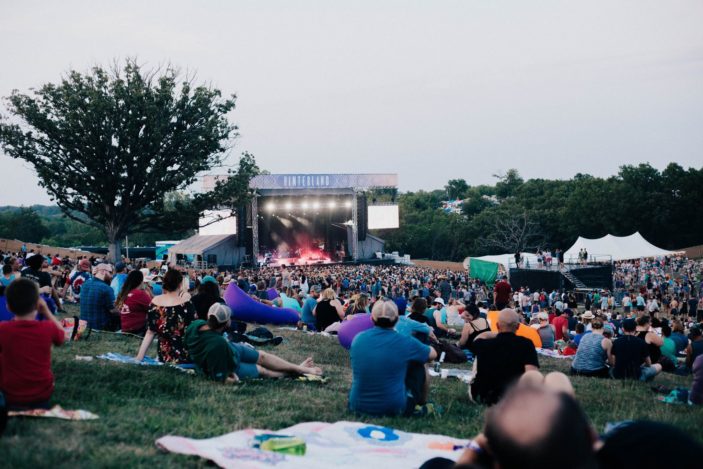 Sadly, Covid-19 took all of this away and as summer up north approaches, a small group of festivals in the US are attempting to do what many thought was impossible just months ago. Hinterland, a music festival in the small hills of Iowa, will become one of the first in the country to attempt to give music fans a chance to be together again.

Hinterland began in 2015 as a smaller alternative to Lollapalooza. Its eleven band lineup took place just a five-hour drive away from one of the biggest festivals in the world on the same weekend. But, as I rode up to the festival grounds for the first time I realized I was in the exact place I wanted to be.

To understand the allure of Hinterland is to get an idea of where it is. Set about fifteen miles outside the midwestern city of Des Moines, the festival takes place at the base of a few hills with one stage set up in front of a backdrop of the Iowa woods. It’s one of the most beautiful places I have ever seen a show. You get the feeling it was nature’s intent to have music played in this very spot.

The festival organizers have always managed to create the perfect kind of lineup for the Heartland of America. Past headliners include Willie Nelson, Kacey Musgraves, Hozier, Ryan Adams, and Sturgill Simpson. And, while the lineup is typically anything but eclectic, these are the perfect shows to pull out a blanket, some snacks, and just take it all in.

Not only that, the people surrounding you are just the best. I may be a little biased, but the people from the American Midwest are amongst the friendliest you will meet. To be at a festival with a few thousand people who are just happy to be there. Well, there is nothing like it. This is a stark contrast to the big festivals such as Lollapalooza where you are surrounded by over 100,000 people, not all of whom are there for the music.

As several festivals have announced their intent to attempt a return this year, Hinterland will be amongst the very first thanks to its early August start date. Just last week the organisers announced their sixth ever lineup, which in my opinion might be its best one yet. 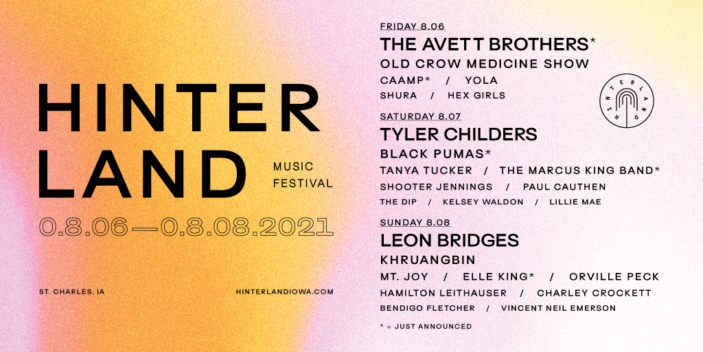 Kicking things off on Friday night are The Avett Brothers. Also on the bill for Day One are Caamp, Yola, and past headliners Old Crow Medicine Show. Personally, I can’t imagine a better band to see in the heart of America than The Avett Brothers. Picture the scene, the sun starting to set, a few thousand grateful and eager music fans, and the Avett, armed with a two-hour-long set. 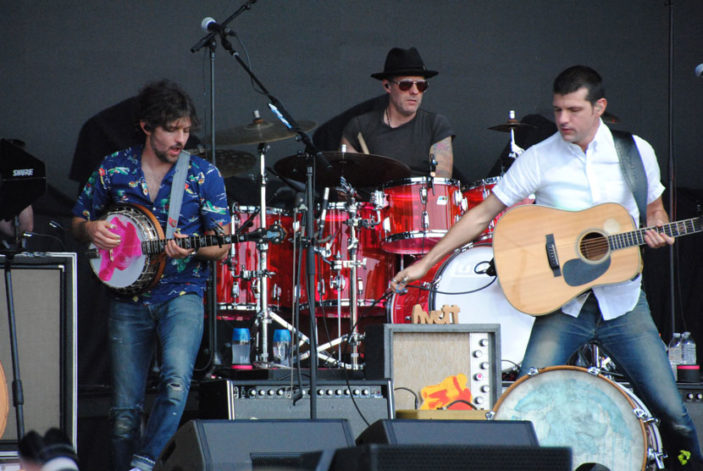 One of Country and Americana’s newest stars Tyler Childers is headlining Saturday night. There will also be performances from the GRAMMY-nominated Black Pumas of Austin, Texas, as well as country legend Tanya Tucker amongst others. Finally, wrapping things up on Sunday August 8th there will be sets from Leon Bridges, Khruangbin, Mt Joy, Elle King and many more. 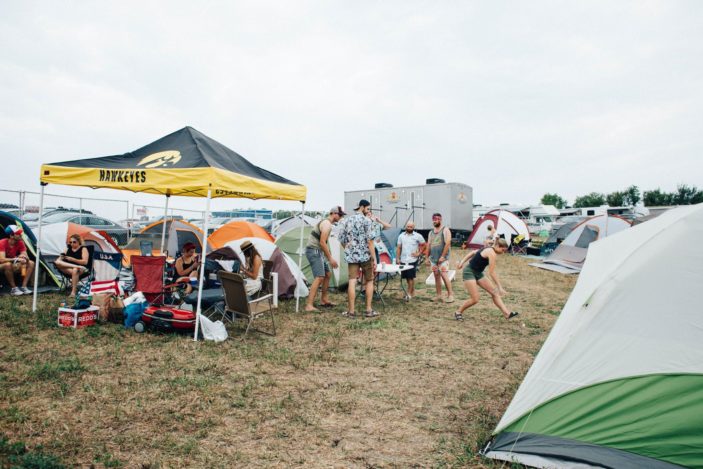 Hinterland, in my opinion, is the perfect place to dip the toes back into the festival waters. For me, it harkens back to the early days of music festivals, to the roots of what festivals used to be. Hinterland allows for its concert-goers to stay overnight and camp in the hills of Iowa. Or for those who don’t choose to camp, you can park offsite and school buses will drive you to the site. After a year or more of quarantining and social distancing, it promises to feel like you’re being transported to another world. It might feel a bit surreal, but it’ll be well worth it.

For those lucky enough to make it to the United States this year make sure you plan to swing by Hinterland in August. Otherwise, add it to your concert/festival bucket list for the future. You won’t regret it!

Tickets for Hinterland 2021 are currently on sale now. Head HERE to grab a ticket today.