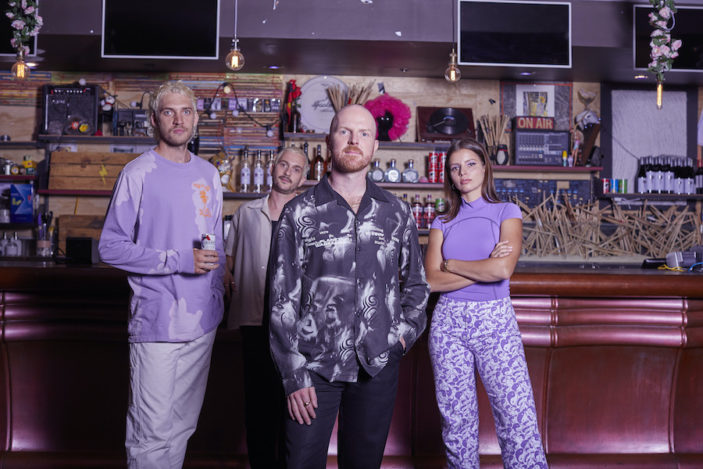 In momentous news for rising artists, over $1 million in advertising is up for grabs to celebrate the launch of Smirnoff Seltzer’s new Mixed Berries flavour.

Smirnoff has appointed ARIA charting Brisbane exports The Jungle Giants as the Ads For Artists creative directors who must sift through entries from emerging artists, crowning 12 acts the “sounds of summer” to appear across Smirnoff’s advertising placements.

“We’ll probably all hunt for different things,” said frontman Sam Hales. “I guess I’m just kind of looking for like a young Jungle Giants. From our perspective, a band that looks excited, happy, passionate. They’re working on their songs and they’re kind of taking care of their production. They’re really hands-on about what they’re doing.”

From bedroom producers to high school bands like themselves, The Jungle Giants expect to be surprised by the nationwide entries. The recipients will be featured across billboards, Spotify, Snapchat, Facebook, TV, Instagram from January 2022, marking a major break for musicians following 2 years of… well, you know.

The initiative is a massive win for burgeoning homegrown acts after a desolate two years that have impacted livelihoods as a result of restricted touring. As a cherry (or berry) on top, the chosen artists will be paid a licensing fee above the APRA industry standard to support and platform them while they wait to return to stages.

“We get to give a lot of bands that haven’t been able to gig enough money to be able to hit the road. Like this is a really good chance for us to give back and show our support,” Sam said.

The Jungle Giants are set to hit the road for a 2022 national tour that will see them perform their Love Signs album for the first time, alongside a string of festival dates including Grapevine Gathering and Yours & Owls Festival.