Band Darling Brando from Sydney, Australia have recently made their debut in Singapore. Band members Alex, Vlado, Dylan and Tom sat down with the AU review and shared with us their thoughts on performing live for the first time, writing songs together, the band’s plans for the future, and… coffee. Lots of coffee. 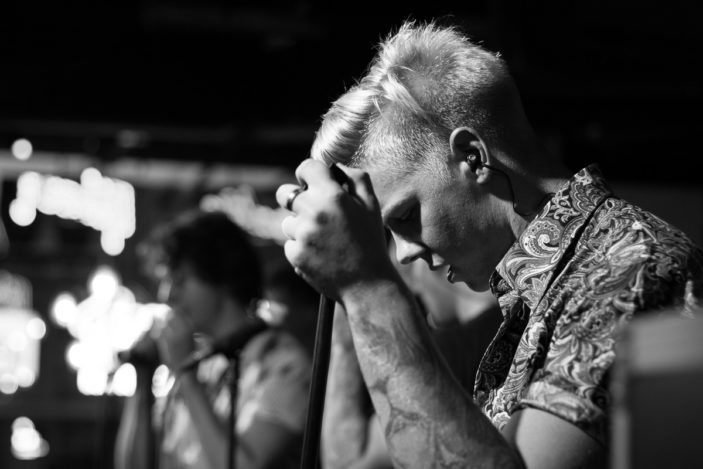 The boys had lots to say about the experience of performing live, Vlado describing it as “the best feeling in the world, being in Singapore, playing an amazing show, in front of amazing people”, while Dylan had a laugh about his poor choice in clothing for the show: “I also learnt that it helps to dress appropriately for when you’re on stage, because I was wearing a very long-sleeved polyester shirt, and I was sweating through and my face was drenched.”

When chatting about writing songs together, the boys had a chuckle about the problems they encountered, particularly how they each had their own writing style and how it took them a while to adjust.

“The first time we wrote, we didn’t really know each other’s writing ways and it was a nightmare,” Vlado said.

Discussing their plans for the future, Alex told us that they are currently working on their sound as a band and how they want something that represents them as a collective and also individually.

“We’re a lot closer to finding that sound to where we were. Coming over here and playing actually was a big step in creating that sound,” he said.

Darling Brando do plan on returning to Singapore in the future, though they still need to get those debut Australian shows out of the way first…

To learn more about the boys and their band, check out their Facebook page HERE