The Monday night concluding a four-day weekend is a ghastly time to play and Illy knew it at this week’s Factory Summer Festival show at Perth’s Metro City.

The gig had been rescheduled numerous times due to the changing goalposts around COVID-19 restrictions meaning Illy and his faithful fans settled for what they could get.

Naturally it impacted the turnout which was thin during the warm-up acts and gradually built up as Illy’s 10 pm start time neared, although the empty top tiers were particularly noticeable after The Presets packed the venue out only a few evenings earlier.

Adorned in a Yankees baseball cap, Alasdair Murray, aka Illy, burst onto stage full of energy and swagger, with popular single ‘Then What’ off his latest album proving a hit with the faithful.

Illy didn’t ignore the elephant in the room, hastily pointing out the constant postponement of the show and thanking the crowd for retaining their tickets. It was disarming and genuine. Plus he promised he’d give them his all.

It didn’t take long for the vagabond Illy to remove his jacket, with his trademark energy creating not only perspiration for him but fuel for the audience.

While he admitted he’d play plenty from his January album The Space Between, he churned out popular hits ‘Last Laugh’, ‘Catch 22’ and ‘Lean On Me’. There was December single ‘I Myself and Me’ about “doing your head in, I’m the master at that”, he vulnerably claimed. 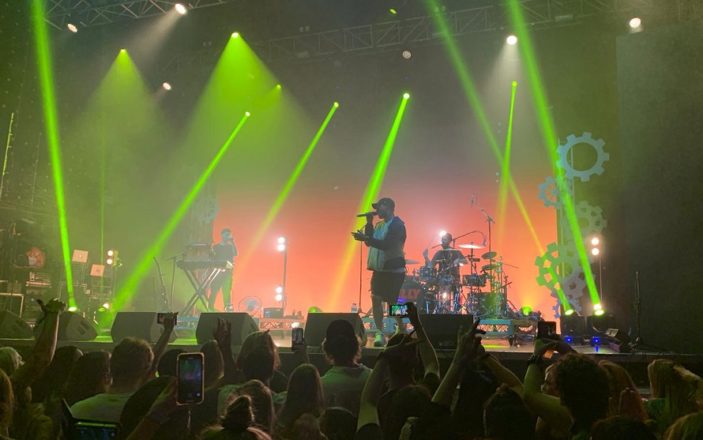 Touring drummer Ben Ellingworth shone throughout but particularly during a raucous solo.

After asking the crowd “who’s gotta work tomorrow?”, Illy launched into ‘Exit Sign’ prompting a venue-wide left-to-right wave, before whipping out his masterful 2013 Like A Version cover of Australian artists from Silverchair and Hilltop Hoods to Powderfinger, Paul Kelly and Flume.

That alone showcased his talent but his energy, delivery and devotion to entertain set Illy apart and he kept on trying, albeit after a failed dig at WA’s beloved Premier Mark McGowan which went down like a lead balloon. 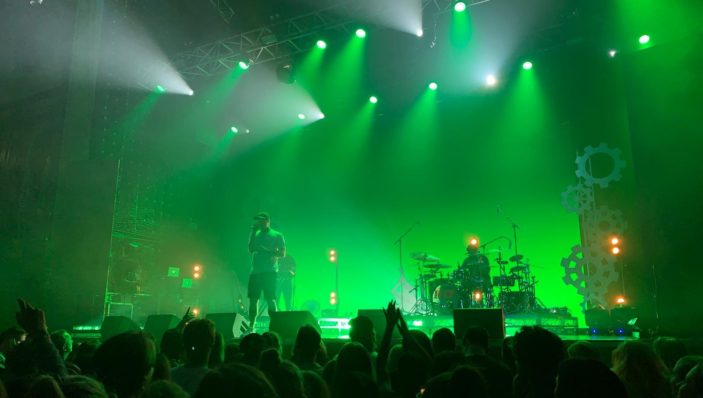 Illy’s voice began to fail him towards the back end of the show but ‘Tightrope’ arguably was the biggest party starter of the night, before a Peking Duk cover and 2017 smash ‘Papercuts’ which had girls on shoulders wherever you looked.

He admitted he’d not prepared any hits for his encore, before giving his all for his latest single ‘Mirror’ as his voice grimly held on, much like him and the crowd for a show that almost never was.

For more from Illy, head to his Facebook Page.

This event took place at Metro City in Perth on 5th April 2021.