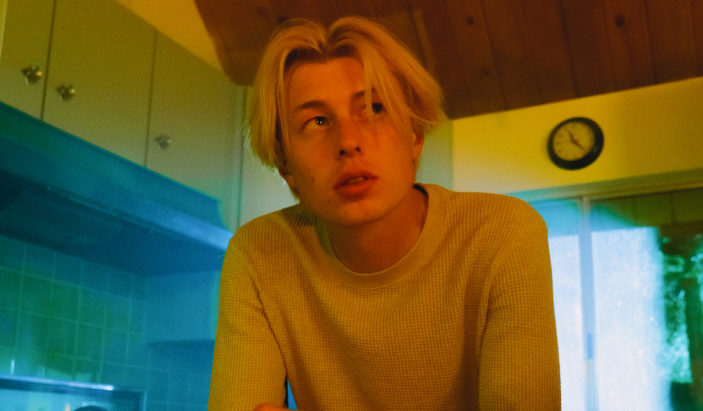 Max Leone has been making waves since his bold decision to drop out of Berklee College of Music and pursue his artistry in Los Angeles. The Portland-native draws from a vast pool of influences: from Jack Johnson inspiring his love of guitar, Tom Misch’s experimentation, Frank Ocean who he drew his pseudonym from, to his formative obsession with Kid Cudi and Kanye West inspiring his EDM palette.

His latest single “untitled” showcases a softer singer-songwriter side of Max, detailing his highs and lows but most importantly, how he’s scared he’ll stop feeling despite the track being one of his most heartfelt. It’s yet another facet Max sonically explores, dissimilar to his other released singles yet still very ‘Max Leone’.

That’s the beauty of this project, and something his upcoming debut EP Malleable so effortlessly portrays. Max deftly jumps across genres to create a colourful world of experiences.

We caught up to discuss his recent release, as well as his upcoming EP, his move to Los Angeles and his thoughts on death.

On his single “untitled”, he reveals why he left it without a title – “a lot of (titles) came up like ‘My Greatest Fear’, and lyrics from the song… but they all didn’t capture the essence of the song… that we don’t really know what we want a lot of the time, that we feel indecisive about things. So leaving it untitled reflected the sentiment of the song really well.”

Learn more about this, and the rest, in our chat here:

Stay up to date with Max Leone on his Instagram.