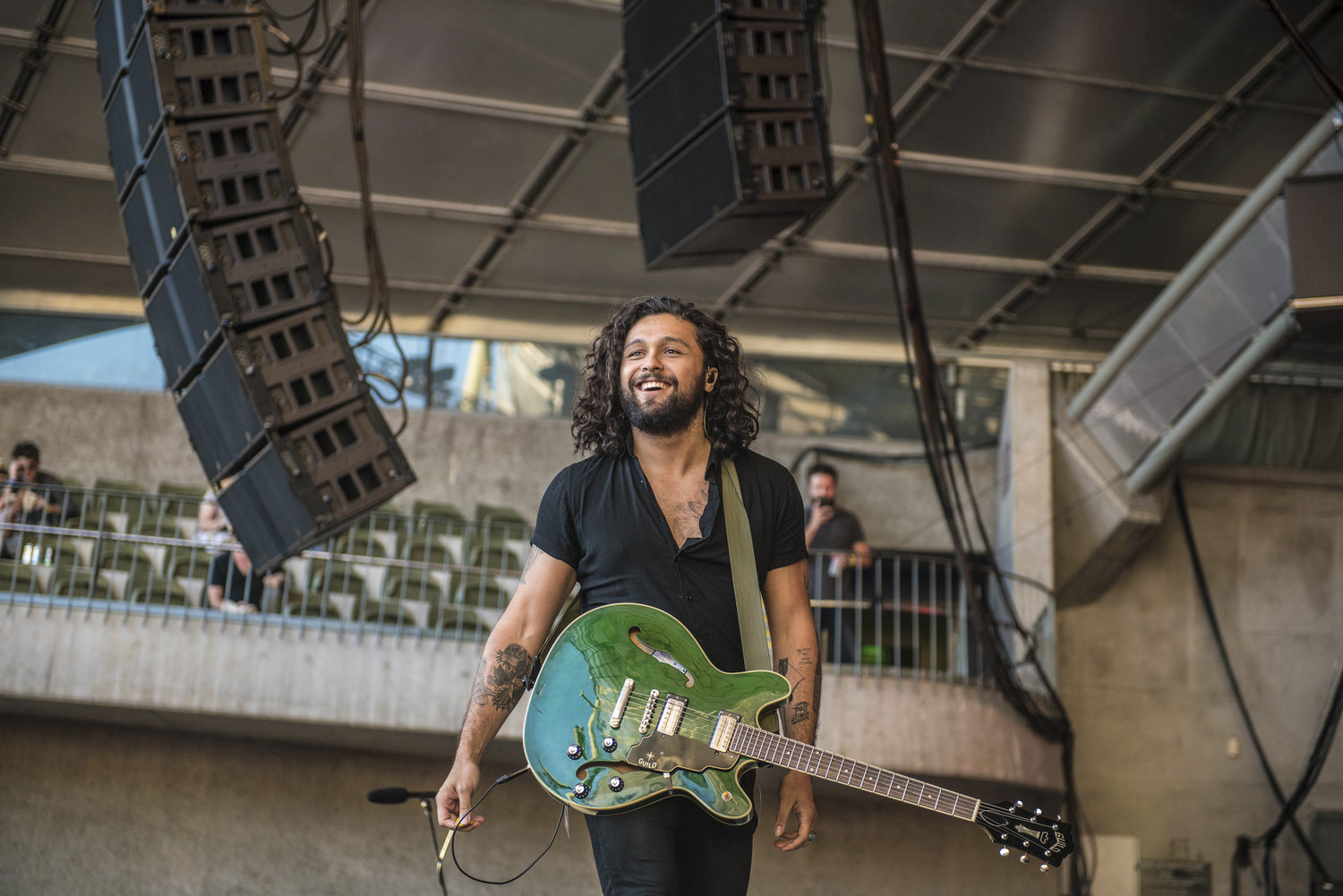 Sydney outfit Gang of Youths have been busy touring the world this year, though fans will be surely looking forward to singing along to all their hits off their acclaimed, ARIA winning and chart topping record Go Farther in Lightness, this weekend at Splendour in the Grass. And now fans have the chance to own the main guitar lead singer, guitarist, and songwriter David Le’aupepe used to record the album. 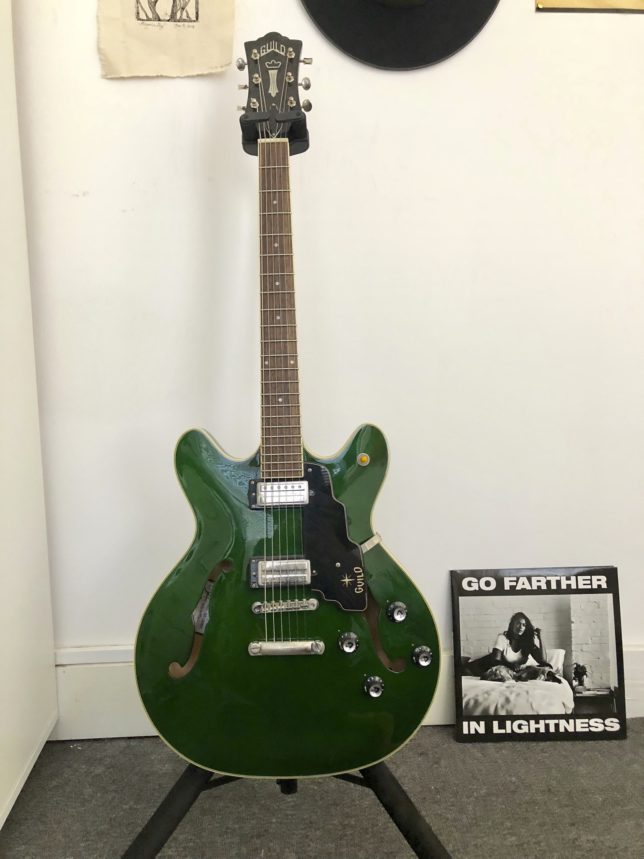 Reverb.com, the online marketplace dedicated to buying and selling music gear, is auctioning off the beautiful guitar to benefit Refugee and Immigrant Centre for Education and Legal Services (RAICES), a Texas-based nonprofit that provides free and low-cost legal services to underserved immigrant children, families, and refugees.

According to Le’aupepe, the guitar was used to write nearly every song on Go Farther in Lightness and can also be heard on many of the album’s tracks, including “Fear And Trembling”, “Say Yes To Life”, “The Deepest Sighs,” “The Frankest Shadows,” “The Heart Is A Muscle,” and “Do Not Let Your Spirit Wane.” The guitar also served as Le’aupepe’s main touring guitar from 2016 to 2018, making an appearance at Splendour in the Grass in 2016, among other places.

“It has been part of me through the most significant period in my career and life,” Le’aupepe said of the Emerald Green Guild Starfire IV/ST. “I hope it goes to someone who will use it and love it the way that I did. I hope it finds a loving home so that others in need can find a home in America after having to leave their own.”

Founded in 1986 as the Refugee Aid Project by community activists in South Texas, RAICES has grown to be the largest immigration legal services provider in Texas. The organization seeks to provide pathways toward legal immigration status for individuals and families without means or resources. RAICES combines expertise developed from the daily practice of immigration law with a deep commitment to advocacy. In 2017, staff members closed 51,000 cases at no cost to the client.

Reverb, meanwhile, only hosts auctions on the rare occasion that an item is deemed one-of-a-kind. Le’aupepe joins a growing number of musicians—including Silverchair’s Chris Joannou and multi-award-winning music producer Lachlan “Magoo” Goold—who have partnered with Reverb to get used gear into the hands of fans. When asked why he chose to sell the guitar on Reverb, Le’aupepe cited the marketplace’s musician-filled community.

“Reverb is an excellent platform that enables the establishment of positive relationships and exchanges between people who love music,” he said. “I think there are a lot of musicians who want to help make a difference in the world, and hopefully some of them will be interested in taking home a piece of me, too.”