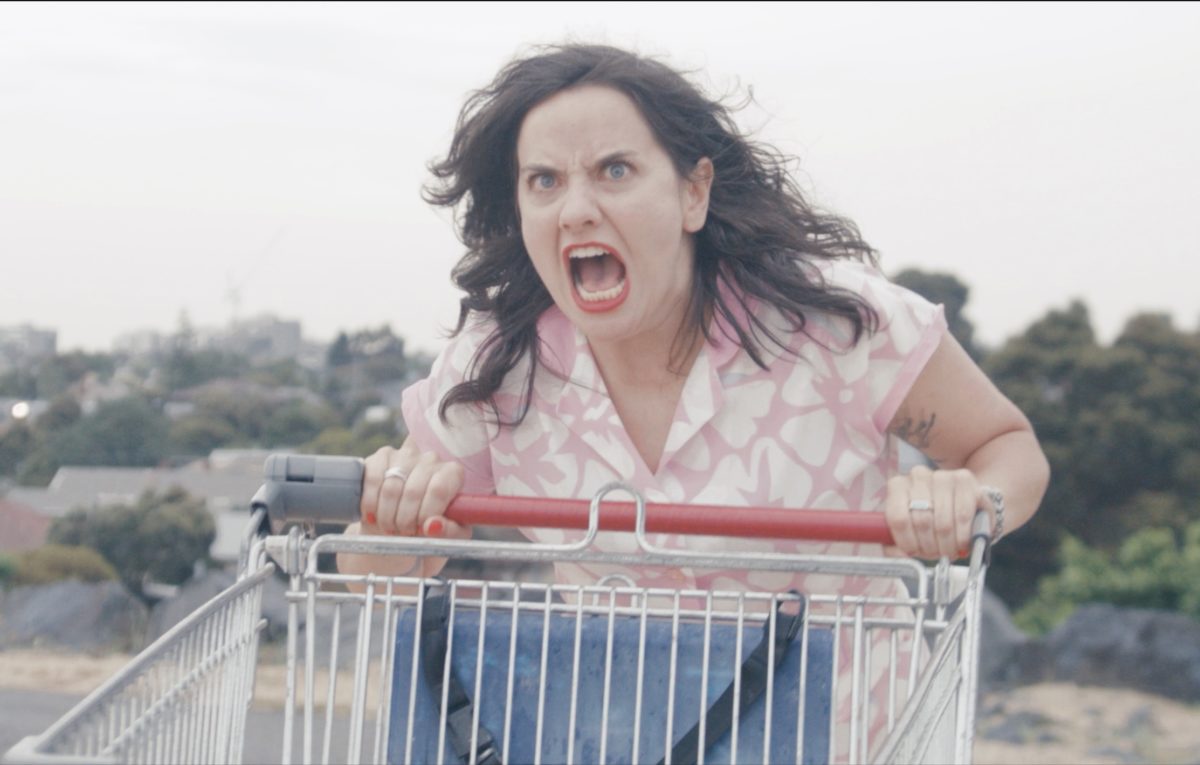 Last month the genre bending Australian musician Laura Imbruglia dropped “The Creeps”, a taste of her impending fourth album Scared Of You. Today, we’re excited to be premiering the accompanying hilarious music video, which was co-conceived with director and renowned photographer Nick Mckinlay.

With the track taking a significantly different musical route to previous singles “Diptych” and “Tricks”, Mckinlay and Imbruglia have crafted the perfect visual accompaniment to the tracks more raucous fist pumping moments.

Capturing all of the song’s frustration, angst and boiling rage, the video stars Imbruglia as a reckless life-ruiner; running shopping-trolleys through picnic dates, basketball courts, and playgrounds with the simple goal of irritating unsuspecting strangers. It’s audacious, cathartic and perhaps a more relatable than we care to admit. Talking about the idea behind the video, Imbruglia said:

“The only idea I had for this video involved me pushing a trolley around a carpark angrily. I’m glad Nick went for it. At one point I asked Nick whether we needed to cast an ex-lover for me to be directing my rage at in the video but Nick said, “I don’t think you need lovers… I think the idea that you’re mad at people who have nothing to do with your problems is funnier”…and the rest is history.”

Ahead of the release of Scared Of You on March 29th, Imbruglia is set to play two free single launch shows in Melbourne (with a full band) and Sydney (Solo) (Dates below). If you’re in Melbourne Imbruglia will also be supporting Teenage Fanclub at their Corner Hotel dates.