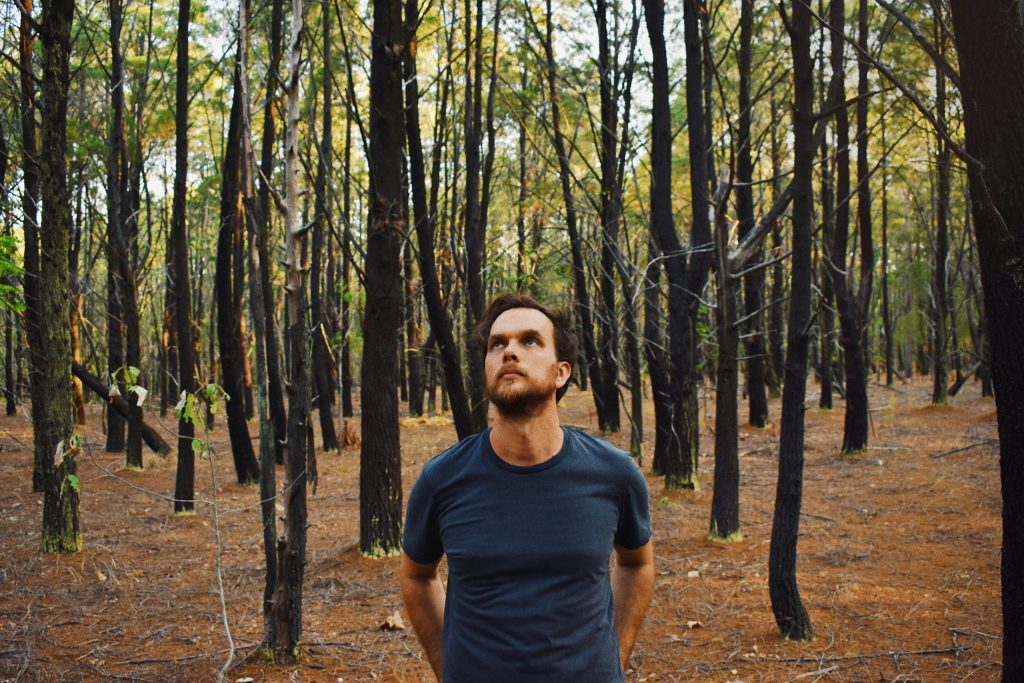 Darwin songwriter and producer Ben Allen a.k.a Broadwing released his new single “Wasp” on Friday. The single is his first official release since 2015 and the first taste of his new album Lumen, which is all set for release on November 15th. Today we’re excited to bring you the exclusive premiere of the single’s accompanying music video.

Self shot by Allen in Darwin’s Southern bushland during the wet season it’s visually striking despite it’s seemingly low-tech approach. Though to be clear, if you suffer from isopterophobia it’s probably best to give this clip a miss. Discussing the making of the video Broadwing said: “it was filmed over the course of the last wet season as different waves of NT insects became attracted to the lights on our verandah. I shot it late at night when I’d finished working on the tracks for the album using my phone which was slowly destroyed in the rain.”

The clips visuals make perfect sense when you discover the way in which the track was constructed and the thematic motivations behind it. According to Broadwing: “Large parts of its [Wasp’s] structure are built up from random phone sample recordings collected on a trip to Indonesia. Bamboo drainpipes for percussion and the call of an unidentified jungle insect which was manipulated into a synth”. So a clip that features a termite swarm really does makes perfect sense. We just hope he managed to fix his waterlogged phone.

As touched on before, Broadwing takes an admirable and impressive DIY approach to all aspects of his work, not just his music videos. His songs are all recorded and mixed entirely at home in rural Darwin, Australia, and have earned him critical acclaim, radio play and competition wins. He’s also been in demand for his production duties, having worked on the ARIA-nominated Gawurra album Ratja Yaliyali and Alice Sky’s Friends With Feelings.

“Wasp” is available now. Lumen will be released November 15th via Sing Hum Records. Keep up to date with all things Broadwing via Facebook, Twitter, and Instagram.