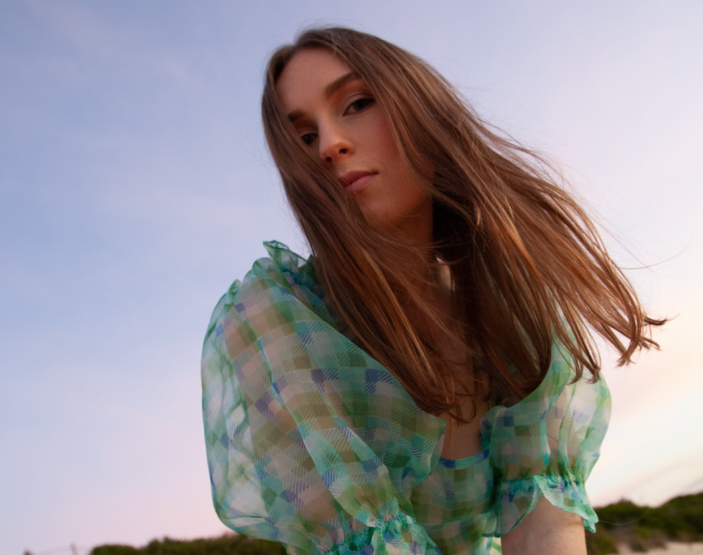 Officially releasing tomorrow, “Spines” is a delightfully dark and hypnotic slice of pop. From a relatively intimate opening of bass paired vocals, the track builds and swells strongly, before really bringing it home with effervescent hooks and lavish electronics. It’s bright, vibrant, and full of flair.

Here’s what Darcy had to say about the track: “‘Spines’ is about falling for a friend but neither of you have enough backbone to make the first move.”

The single is her first since the release of her debut, “Relentless Forces”, back in 2020. On “Spines” she has teamed up with producers Alex McIntyre (Lola Scott) and Oscar Sharah (Mel Blue).

“Spines” by Darcy Lane is officially released tomorrow, July 1st. Pre-save the single HERE. You can keep up to date with Darcy via Facebook, Instagram and TikTok.