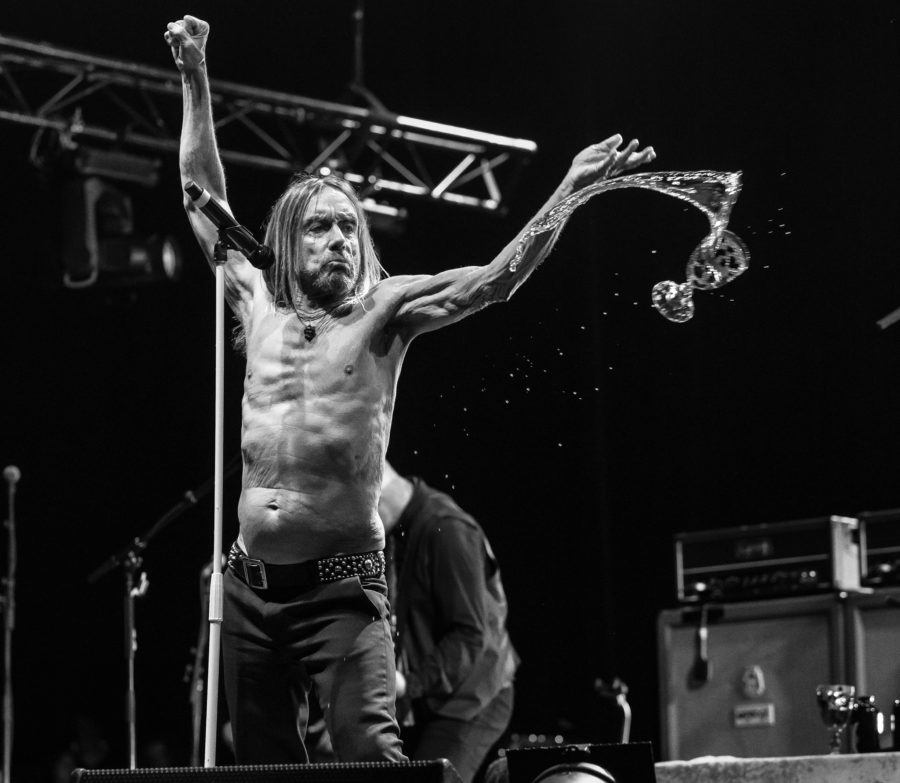 In no particular order, we asked our contributors to share their favourite gigs of 2019. Here’s what they had to say about the gigs that stood out for them in 2019:

I’d seen him at the BDO in 2011 and was disappointed. His performance at Bluesfest though this year was next level. He prowled, he growled and showed way too much flesh. It was everything you want from an Iggy Pop gig. The setlist was one for the fans – he started with I Wanna Be Your Dog and the crowd went nuts.
You got the feeling that he realised a 71 year old carrying on like a 21 year old punk was a little amusing, but we were all on board. It was epic.

Look back to our Track of the Day from Iggy HERE. 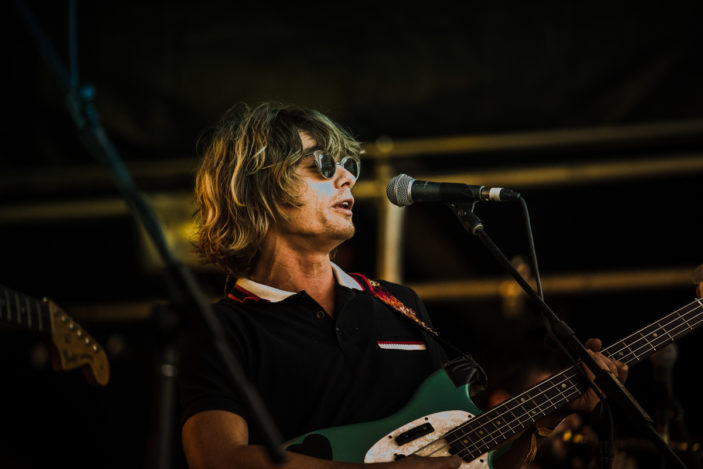 Upbeat and sensual with jazzy lyrics, Lime Cordiale truly performed. They know how to make a crowd boogie – and everyone left feeling better than they did when they’d entered.

Read our review from Sydney HERE. 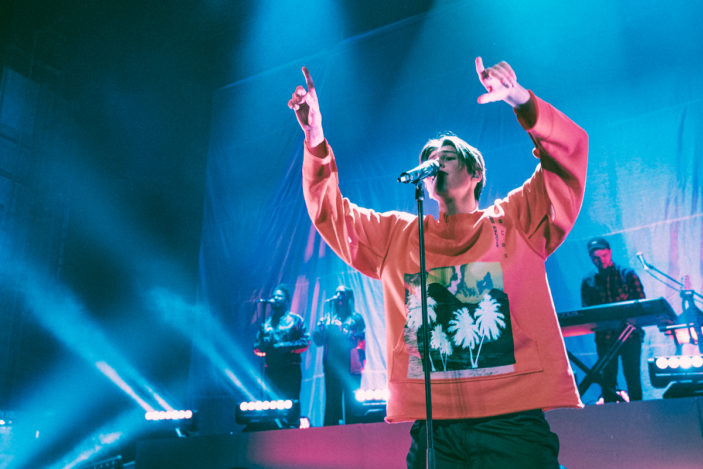 The whole room was electric with chaotic young tween energy and not a single person in that crowd wasn’t singing or screaming. It was an iconic hometown show and a gig that made you leave thinking this would be the smallest venue he’d ever play from here on in. He also had some surprise elements like teasing new tracks and brought along SG Lewis for their recent single at the time, ‘Flames’. It really shocked me just how dedicated his fan base is. 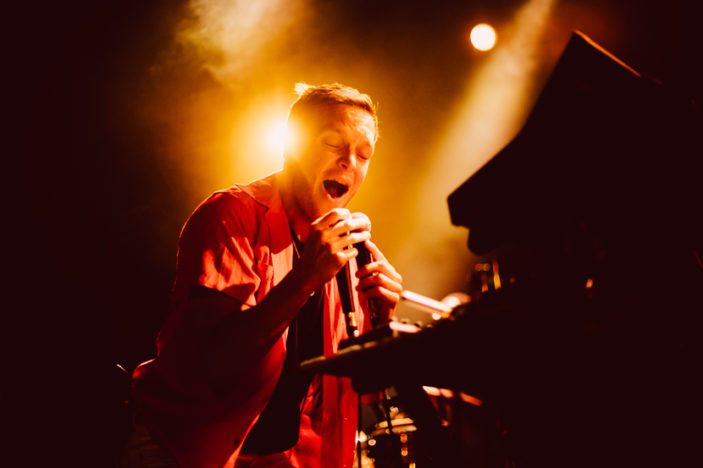 Friendly Fires at Splendour in the Grass (July)

Playing what was most definitely the most fun and energetic set of the weekend, Friendly Fires’ set was everything you’d have expected after a seven-year absence. Throwing the majority of the crowd back to a much younger version of themselves, the inclusion of “Jump In The Pool”, “Paris”, “Hawaiian Air” and “Kiss of Life” not only reminded you those songs actually existed, but how many of the tracks from your youth still rip it up in a live setting.

Read a review of one of their sideshows HERE. 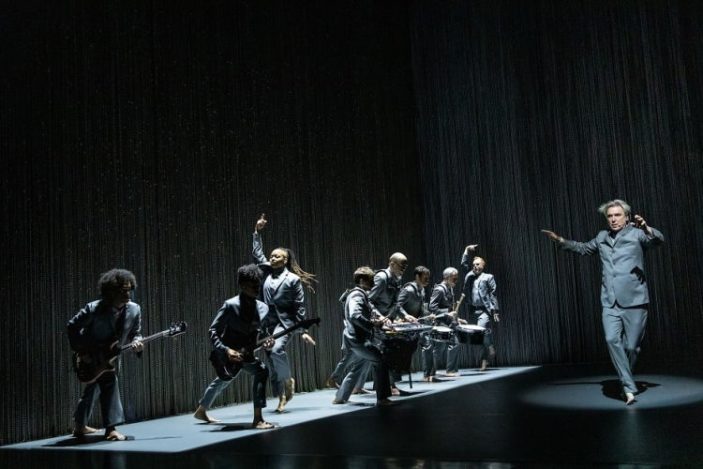 I’ve spent most of the year abroad, so I have to take us out of Australia for a moment to deliver my favourite gig of the year…

I’ve always loved the theatricality of music; that indescribable feeling it can provide when presented with a bit of bombastic flair. But I don’t know if I’ve ever seen a production bring so much life to its soundtrack, as David Byrne has achieved with his American Utopia show – which is currently enjoying a 16 week or so run on Broadway. It’s an enhanced version of what he brought to Australia last year, flexing his incredible catalogue of music from Talking Heads and beyond – including the show’s namesake, his ninth solo outing.

This show doesn’t just take the songs you love and fill them with a set of incredible light, design and choreography, but it elevates them. Classics like “Once in a Lifetime”, “Burning Down The House” and “Road to Nowhere” become superior to the originals.

I sat there with a grin from ear to ear from the start to the finish – even through songs I didn’t know – and the result is a production you just don’t want to end. What pure joy it was. David Byrne’s American Utopia is at the Hudson Theatre in New York City until 16th February 2020. 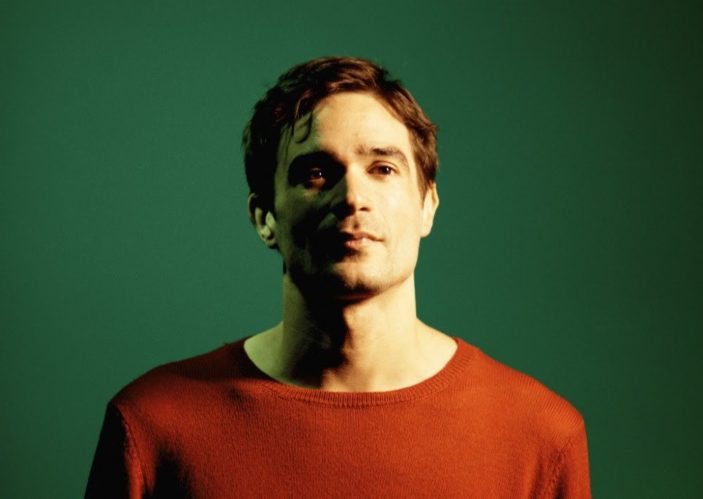 Bringing Singularity to life with visuals at arguably the best venue in Sydney was a highlight of the year. 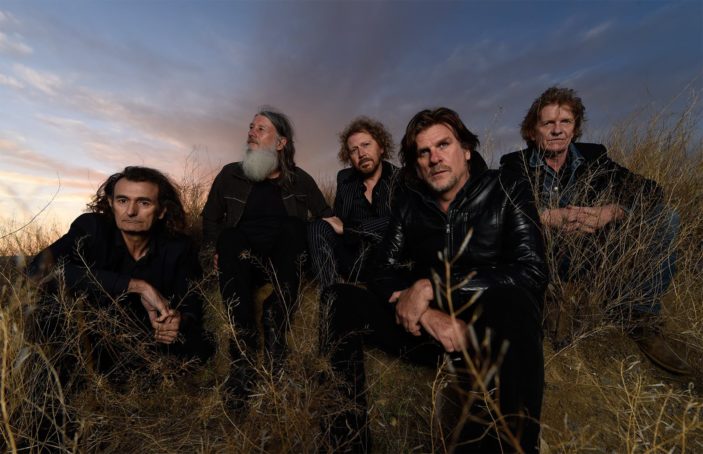 It’s hard to choose the best ‘The Beasts’ show this year as I was at the Byron Bay Hotel in March and then The Croxton in Melbourne in December.

The Byron show was a tad more subdued which would be due to the passing of two members who influenced the band over the eons, Spencer P Jones and Brian Henry Hooper. But in saying this, the show was still energetic and Tex the brilliant front man, pumped up the audience and paid tribute to the fallen beast members. The new songs kicked arse and the old songs still held up as the crowd went nuts. The Croxton had Tex on fire and in his highly energetic element which always provides such a more thrilling show and singing “Ten Wheels for Jesus” for the first time in 30 years was bloody brilliant!

Gotta love home grown artists like The Beasts, they remind us of how rock and roll ought to be! 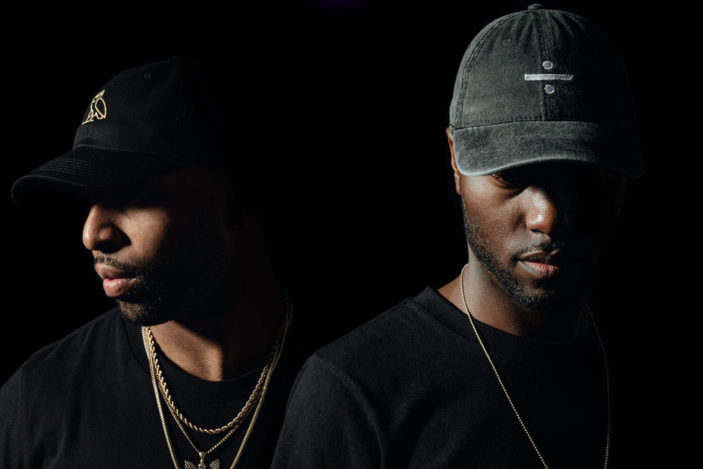 Stunning, soulful and a swift reminder of how powerful and renewed R&B has been in the past few years. The OVO Music duo of dvsn bounced off these slinky, minimal beats with some of the best, most atmospheric soul music Australia has seen this year, as far as live music goes. It was an experience that truly embraced you.

Showcasing his most complete body of work to date, James Blake now has a wide range of sounds that perfectly complement his ghostly vocals. Influences from hip hop and electronic were beautifully interpolated into the UK artist’s own unique sound, and shot through the room in perfect precision.

The veteran rap group are in the best shape of their lives, and it certainly showed at Metro Theatre’s The Lair. They twisted up their biggest songs, reconceptualised classic mixtape cuts, and reminded us all of how potent hip hop can be when it comes to leading and inspiring change. Never has a song encouraging people to eat healthier sounded so tough. 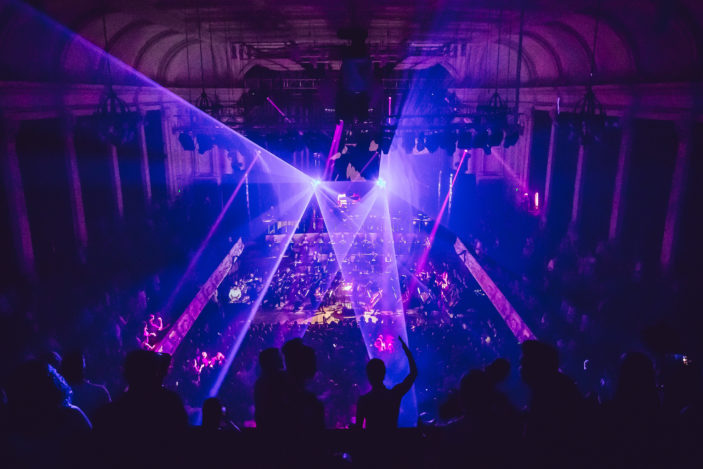 A live orchestra, a killer light show, and some of dance music’s most iconic tracks – now that’s a recipe for a great night. In its Australian debut, Synthony brought the club to the city hall, as the Brisbane Philharmonic Orchestra and a series of incredible guest DJs and vocalists teamed up to take on the likes of “Rhythm of the Night”, “Sandstorm” and “Insomnia”. From the dancefloor to the mezzanine, every member of the sold out audience remained on their feet throughout, dancing and cheering as the performers shifted seamlessly from track to track. A tribute to Avicii damn near raised the stunning domed roof of Brisbane City Hall, as the opening bars of “Levels” reached the crowd. Synthony was like nothing I’d ever seen before – and I can’t bloody wait to go again! 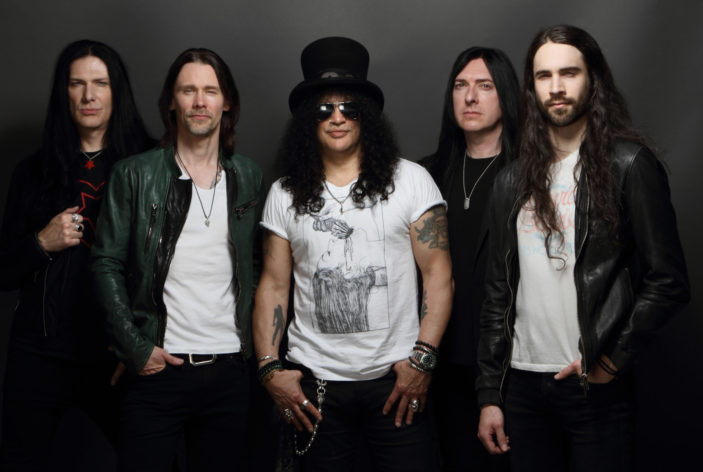 Although I love hearing GNR songs in his set, his solo work is incredible, and just seeing a pure rock gig again was great (Y) Myles & Slash have a great duo stage presence, and I hope it stays this way for a long time coming. 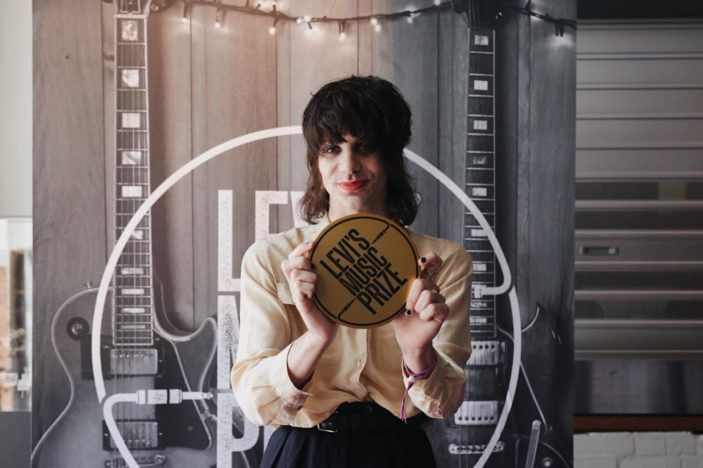 Brisbane lo-fo pop artist delivered a high energy show for his first hometown headlining show. As his iPhone played his backing tracks, Snowe screamed, shouted, and joyfully leapt into the crowd. Supporting was Chakra Efendi, a local songwriter who became my favourite new artist of 2019 with this set. 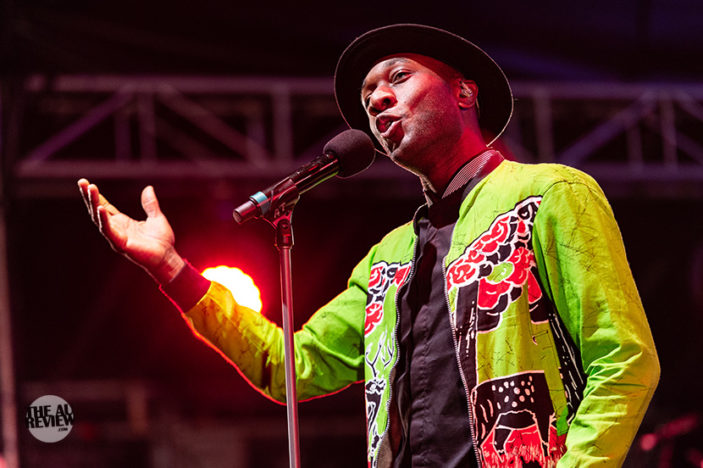 My favourite gig of 2019 was Aloe Blacc at Festival Gardens. A lot of fun and energy on the night and it was an amazing experience getting to see him perform live and even throwing in a cover of John Farnham’s “You’re the Voice” throughout his set topped it off. 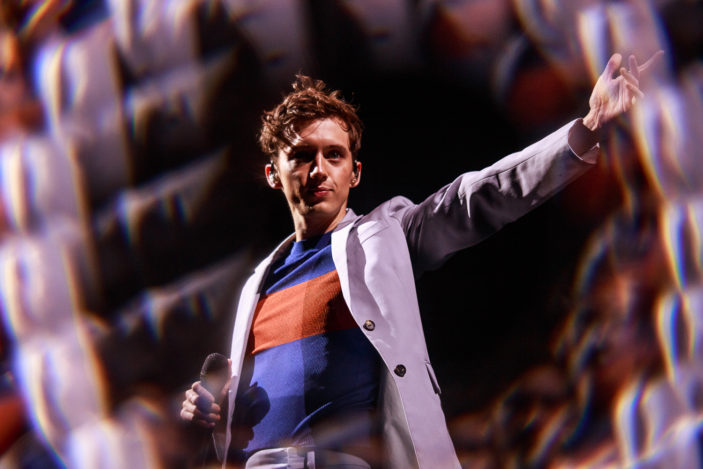 I think for me as photographer it would be Troye Sivan. I shot him a few years ago and it was great to see how much he had grown as a performer. My photos from this show were some of my favourite of the year. I was able to stay for the whole show and I loved the energy of the crowd, he built a very inclusive vibe and put on a fantastic gig!

Check out the full gallery with Thelma Plum in support HERE. 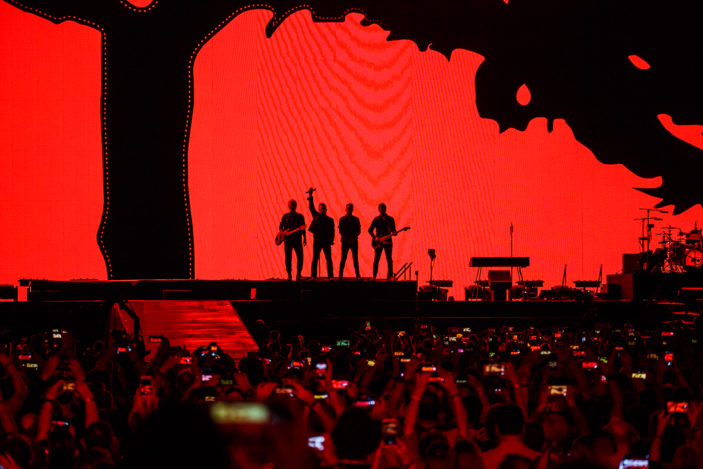 It was impressive the way the band were able to make such large venues feel small, and being the feeling of spontaneity to a stadium show. The set list was a wonderful selection and there aren’t many bands who put of gigs of that scale, it was one to remember.