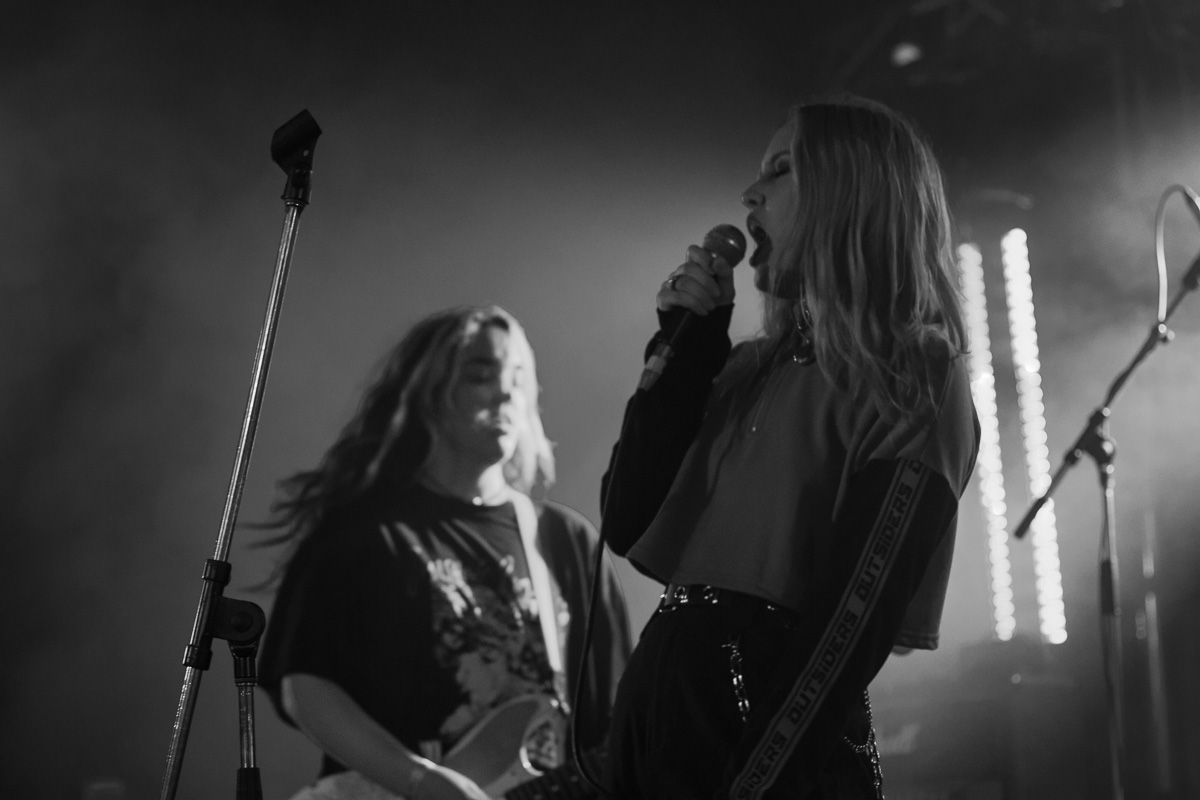 Brisbane may be the capital of the Sunshine State, but the first day of BIGSOUND saw very little sun amongst the downpour. But the wet weather did little to dampen the excitement of the members of the Australian music industry gathered for the festivities. Everyone soldiered on through the wet weather – wearing free ponchos supplied by Brisbane venue Crowbar – ready to seek out new discoveries.

My first act of the festival was Wollongong noise-pop duo Cry Club, whom I stumbled upon performing at Netherworld. Their manic performance amongst the bar’s arcade machines impressed so much I had to seek out their showcase set at The Zoo. Over a pulverising drum machine beat, Jono’s shoegaze guitars and Heather’s massive voice combined for an alternative version of 80s arena pop.

Also at The Zoo were Brisbane punks VOIID, who had the most wonderfully snotty performance of the night. The band laid out overdriven riffs while frontwoman Anji Greenwood rolled her eyes and spat lyrics to make all overbearing males whimper in shame.

Another accidental discovery came in the form of Perth dream-poppers Mosquito Coast. I caught the end of their set as they washed the crowd at FAMOUS in blissful synths. I’ll be sure to catch their next showcase. Playing next were Brisbane psych-rockers Nice Biscuit, who are releasing their debut album next week. The sextet dressed for the occasion, with frontwomen Billie and Grace wearing matching frilly tops while their bandmates were covered in alfoil. The band treated the audience to their infectious psychedelic grooves, with many nodding along to their vibes.

As the rain poured, delegates crammed themselves under the shaded area at The Elephant Hotel for rapper/producer Kwame. The West Sydney performer took to the stage at maximum energy, bouncing across it to his inventive beats. While most of the crowd wouldn’t venture closer at risk of getting wet, Kwame captivated everyone with his charismatic performance.