Album of the Week: Batflowers is Washington at her best and most evocative 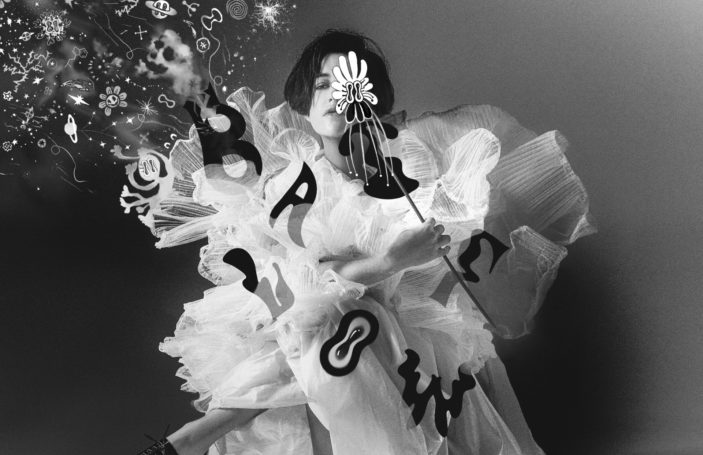 It’s been a few years between drinks for Washington. After absolutely smashing it in 2010 with her debut album, I Believe You Liar, Washington took a few years to put together the follow up, 2014’s There, There.

Across those two albums, Washington proved just how good she is at what she does. With her jazz background coming through on I Believe You Liar, everything was turned on its head as There, There took on a more mature sound as she moved away from full blown pop bangers. Here on Batflowers, however, Washington reminds her fans once more just how bloody good she is at what she does.

With the title taken from a magazine cover, Batflowers is an album in believing in one’s own hype and trusting the process and reasons for why you’re making art. On Batflowers, Washington takes control and leads from the front. Choosing to work with a variety of producers that suited the nature of each individual song, Washington set the pace and made the rules for the album.

For many of the songs on the album, they’ve taken a long time and evolved throughout time to get to what they resemble today. Debuting some of them with the Sydney Symphony Orchestra back in 2017 (“Achilles Heart”, “Lazarus Dog”, “The Give” and “Catherine Wheel”), many of the songs are completely different to how they manifested into Washington’s psyche more than three years ago. With this in mind, there’s a definite and obvious reason these four songs have managed to make the cut on Batflowers: they’re Washington at her best and most evocative.

Much like “Catherine Wheel”, “Lazarus Dog” relies heavily on the vocals of Washington, as the instrumentation and production is kept to a minimum.

“The Give” is lusciously layered and all parts heartbreaking. Inspired by a panic attack that developed in an elevator while listening to the John Paul Young classic “Love is in the Air”, “The Give” builds over its near five minute run before culminating in a chaotic closing 30 seconds of static and fuzz. It’s truly brilliant.

The surprisingly slinky “Achilles Heart” borrows on the production of toned down hip hop, as Washington’s vocals truly take the song to another level in the closing chorus.

Almost completely opposite to the unkempt beauty of “Dark Parts”, the titular “Batflowers” is Washington personified. It is pure bliss, quirk, and charisma. An identifiable class from the opening piano notes, “Batflowers” is the best parts of Washington in a song. You can picture her front of stage, subtle swears and imagery to the fore, rocking side-to-side as she eases the microphone back and forth from its stand. It’s great. She’s great.

Closing out on the gospel and jazz coloured “Kiss Me Like We’re Gonna Die”, her vocals truly come into their own, as Washington sounds at ease and entirely comfortable with how the Batflowers feels, sounds and looks. It may have taken longer than anticipated, but Batflowers is here, completed and ready to be loved by her fans; just as they have for the past ten years.

Batflowers is out Friday 28 August.