The Occupation immediately hit me with a refreshing change of pace. For a game of this nature, throwing you into the thick of a terrorist plot might seem like an action packed outing, but rather takes the subdued approach, opting for investigative intrigue over the running and gunning. It’s safe to say that The Occupation works on quite a few levels, but also fails to drive the point home in other areas with inconsistent pacing and odd gameplay choices.

Set in 1987, The Occupation puts players in the shoes of investigative journalist Harvey Miller, in the wake of a large explosion in North West England killing 23 people. Alex Dubois, the alleged perpetrator has since caused quite a stir regarding the legitimacy of his innocence. It’s now up to you to do a little digging of your own to see exactly where the truth lies. From this point on, you’ll find yourself interviewing co-workers and snooping around restricted areas in order to prove Dubois either innocent or guilty. With an art style I can’t quite put my finger on, as a cross between cartoon and realism, first impressions of The Occupation are impressive, as character models are detailed in addition to environments, and voice acting is delivered with both emotion and clarity, leaving the experience with a clean and polished feeling throughout. 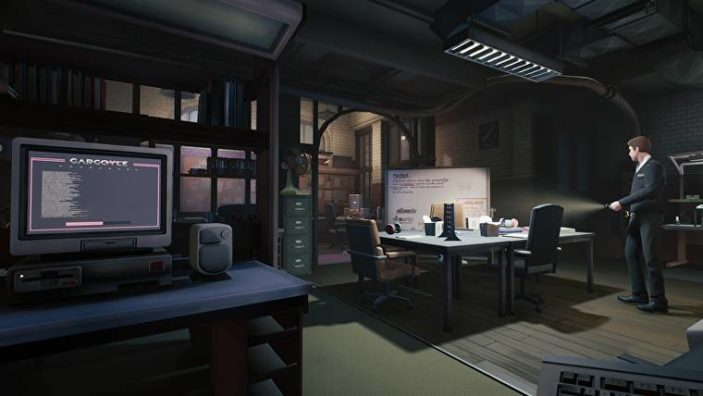 The main draw of The Occupation is in player agency and the impressive scope and freedom it gives players to go about their way. Gameplay is rather simplistic, allowing players to run, crouch and focus on areas of interest while passing on combat altogether. While it fits the tone of the game, keep in mind this drastically affects the pace of the experience as nothing is made to come at you fast, nor are you built to react. While The Occupation provides players with plenty of interesting and well designed locales, environments are highly detailed as you can interact with almost anything in your way. Need to swipe an identification card to get through that door? The game literally requires you to hold the card in place and swipe the card by holding the left analogue stick in a downward direction. Yeah, it’s that level of interactivity. It’s a nice change which I admittedly haven’t come across in many titles prior, which does encourage the player to experiment with various mechanisms and devices within the environment. 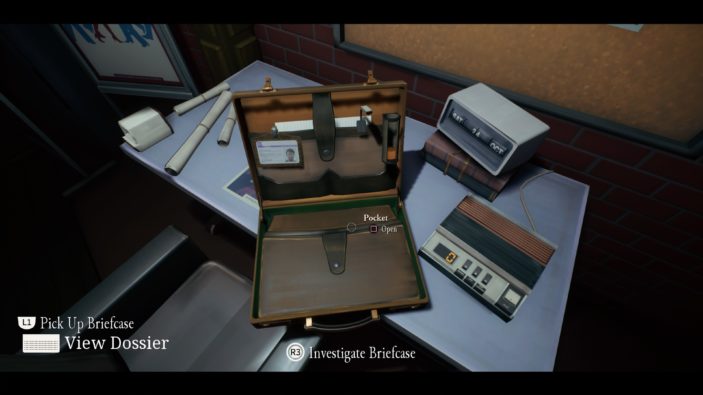 From a gameplay perspective, it’s also worth noting that majority of The Occupation’s missions take place in real time. This then puts players under a constant state of pressure, allowing you a limited amount of time to make your move while your trusty wristwatch keeps track. Be it eavesdropping on conversations or sneaking into temporarily unattended rooms, the need to take as much from a particular situation stems from how vigilant; and careful you choose to be. This mechanic didn’t necessarily bother me initially, but soon made me realise there is simply not enough time to soak everything in on your first play through, which seems intentional as to ramp up replay value. While I love replay value in a game, I also believe including crucial plot points on the first play through which you may have discovered either intentionally or unintentionally don’t really have as much of an impact the second time around as you have already wrapped your head around both the plot and ending in advance. However, the bottom line is that how you use your time is completely up to you, and a game that imposes the use of realistic investigation techniques should be recommended somewhat, as the devil can be in the details as opposed to the end of a rifle barrel, and is what god investigative journalism revolves around to begin with. 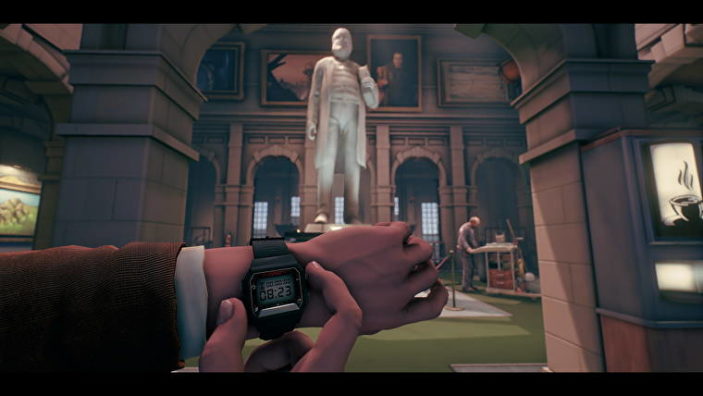 On the other side of things, it’s a shame that The Occupation’s ideas don’t always come to fruition. While the gameplay mechanics can be deemed impressive at times, they can also be downright annoying. Having to hold a button and either push or pull the stick forwards or backwards can get old pretty fast, even for the game’s six or so hour runtime. The Occupation is also one of the very few games that frustrated me for not allowing me to retry a certain section of the game. Getting caught red handed in The Occupation doesn’t set you back to a checkpoint, but instead realistically follows you as you are scolded by security, written up, and sent packing home or onto the next section of the game with no ability to retry and regardless of what you have discovered prior. It seems like a weird gripe as the game basically stops you from outright failing, but also seems like a rough nudge on the shoulder as a means to say ‘ I guess we’ll see on the second play through, won’t we?’ It seems as though The Occupation is trying to compensate for its shorter runtime by forcing you to return for a broader grasp on the story.

Overall, The Occupation offers something quite different than your average shoot em’ up for a plot such as this, and while it carries merit, is far from a perfect experience. Charming visuals, detailed environments and an intriguing story feel weighed down by odd pacing, occasional finicky gameplay and forced repeated play through which fail to add anything of substance once the credits roll. On the bright side, it might be one of the best investigative journalist games out there, if there is such a market.