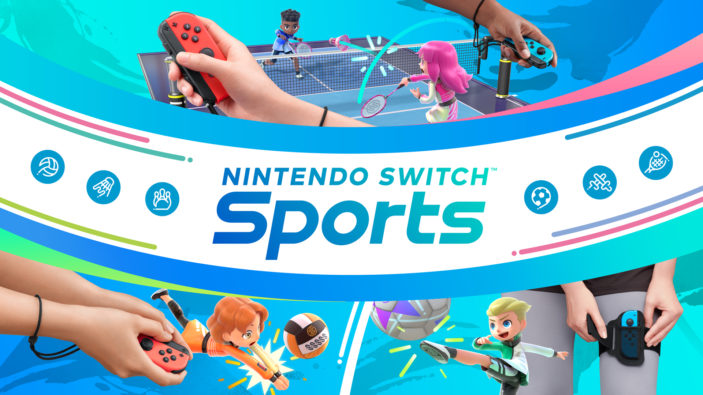 It’s perhaps one of the most onerous tasks to live up to a legacy in any case, but in the case of the legacy of Nintendo’s Wii Sports from 2006, the task becomes that much more difficult. Wii Sports was at the forefront of technological advancements in the gaming sphere at the time of its release making it the fourth bestselling game, ever. Widely hailed for its technological leap, which managed to involve the player more than ever, Wii Sports was the kind of inclusively enjoyable game that anyone could play. It wasn’t uncommon to see whole families having a go at ten pin bowling. What else can I fairly compare the Nintendo Switch Sports with? It presents itself as the true successor, similar in its appeal and technological ambition. But perhaps that’s its biggest downfall.

Its impossible to ignore the kind of impact that Wii Sports had on the gaming sphere and Nintendo’s wildly successful Wii console. The unique movement-based controls enabled by the Wii Remote was truly revolutionary; it’s the reason that Microsoft released the Kinect for the Xbox 360. Movement based controls were all the buzz, thanks to Wii Sports. Wii Sports is best known for its advancement of how we interact with games. It’s something that Nintendo prides itself on and has made themselves known for.

Can Nintendo do it again?

It may seem slightly presumptuous to expect Nintendo to be able to reinvent themselves with Nintendo Switch Sports, but it needs to be considered how much Nintendo has been able to do in the past with expanding simple ideas into uniquely wonderful projects.

My next sentiment may be no surprise then. 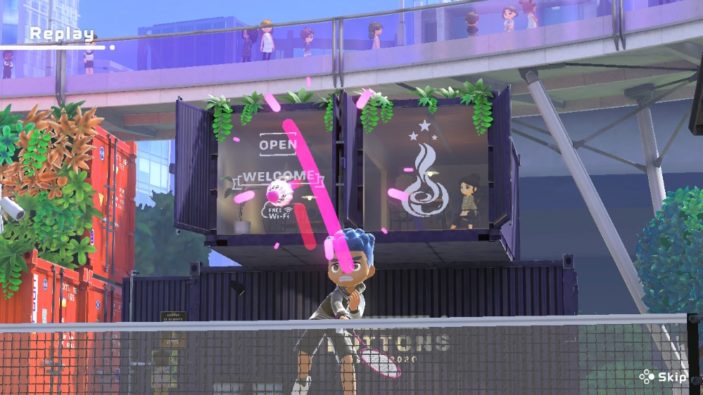 Nintendo Switch Sports fails to surprise me in a technical sense. That isn’t to say that the technical implementation is lacklustre or not worthwhile. In fact, the controls and feel polished and refined, responsive and tactile. In the all the game modes available, I felt like a player, truly in control. Chambara was a healthy surprise and enjoyably intense. The feature that felt most like a gimmick might have to be the included leg strap. In theory it seems like a fun way to interact with a soccer game. But being limited to only that single sport, it’s exclusion wouldn’t have been upsetting. Ultimately, the controls are intuitive and easy to grasp, but do unfortunately little to advance the old Wii remote style controls.

Wii Sports provided a killer combo of simple controls, with incredibly satisfying success in game and in many ways Switch Sports does the same. Armed with your joy-con, six games await. Admittedly, six does feel a little cheap, especially when badminton and tennis function so similarly. The lack of golf is also an annoyance, although take solace in the high likelihood of its later release. I wouldn’t mind if baseball was also considered.

The most familiar game in the Switch Sports suite must be tennis. An absolute classic of the Wii era, Nintendo correctly leaves it largely untouched. The same mirrored duos style of play, with the same shoulder-y swings of the joy-cons. It’s probably the easiest game for a newbie to pick up; either from Wii Sports experience or the actions basically just imitating real-life tennis. It best demonstrates what Switch Sports excels in, simplicity and intuition. Similar in style is badminton, which offers much the same as Tennis. Although, strangely, Badminton did feel more responsive and dynamic in comparison to Tennis. It felt more as if my character was doing what I wanted it to. It was also nice to have what felt like more control in my shots. I found it somewhat hard to nail the exact shot I wanted in Tennis, whereas in Badminton, I was pulling drop shots left, right and centre. Otherwise, between the two, not much differs, except for Badminton being 1v1 and Tennis 2v2.

Bowling is the other familiar favourite, although here I experienced my most mixed feelings. On one hand, Bowling was exactly as I remember from Wii Sports and honestly how I’d expect it. The ball felt surprisingly controllable, and it felt that I could line up and bowl swiftly. The ability to spin the ball was also consistent with Wii Sports and again felt responsive. But at the same time, there felt to be a sort of methodical ease. It was quick and easy to figure out the how to get strikes every ball. It eliminated the inconsistencies that us normal people experience when bowling in real life. The little deviations that mean we can’t get strikes every ball.

Maybe hindsight is blinding, but Wii Sports felt like it has some of those inconsistencies that spice up the game a little more. Even my first try at the hardest obstacle mode resulted in me getting a score competitive with those of normal bowling. 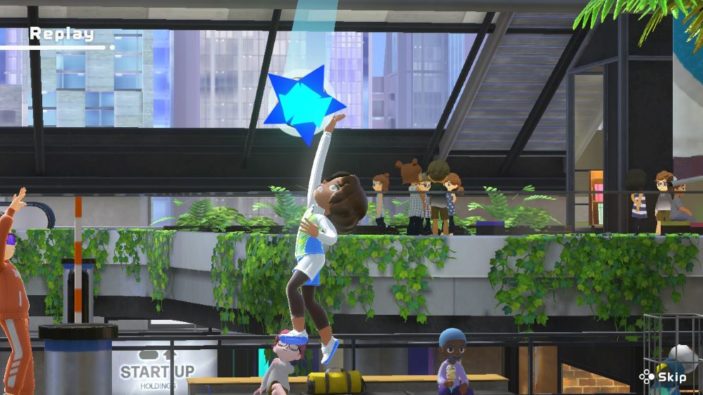 Moreover, Volleyball and Chambara are both nice additions to Switch Sports. Chambara returns from Wii Sports Resort and is my personal favourite of the game modes. The controls feel most precise here and most rewarding. Nothing feels better than perfectly reading your opponent’s swing, blocking them, then starting deadly combo which throws them off the platform into the pool of water below. It feels intense and had me most excited to have another go. I would attribute that anticipation to the unpredictability of Chambara, which most other modes seem to lack. Volleyball is also a fun mode, although it can be annoying having to rely on your teammates to get a perfect pass or set. In my playing, volleyball seemed to also have the most unforgiving timing.

Soccer seems to be a bit disappointing though. It seems too clunky to be exciting and worth returning to. It plays completely different to the other modes but ultimately feels slow and unresponsive in comparison to others. I felt here that my swings were most often misunderstood by the game. It was also a little strange to see the included leg strap only be used in the shootout mode. It would have been nicer to have seen it used a bit more. Soccer seems to be the only game mode that I actively avoided as I never felt excited to start a game, knowing how slow it was inevitably going to play out.

My biggest complaint about the game isn’t technical. It isn’t to do with the gameplay either. My biggest gripe is the underlying lack of the human element. It seems strange and took me some time to lay my finger on. But I realised that what I seemed to miss the most was the little kinks personality. It felt bare without any sort of excited voiceover to celebrate my strike or ace serve. The games felt methodical with annoyingly predictable timing. Once you know the timing, every hit will be a perfect hit and every bowl can be a strike. It feels cold at times. Involving your friends and family helps a lot and is admittedly a lot of fun, but even then, there were moments when we were bowling, and all easily get strikes every ball. It’s a strange complaint but comes from a feeling I couldn’t shake when playing.

Getting incredible scores in bowling feels less exciting, and online, it seems that everyone is competing in a score range way beyond anything reasonable, hovering around 200 every time. Rallies in most games have you waiting for your opponent to make a mistake, rarely ever do you outplay them.

Ultimately, Nintendo Switch Sports most likely didn’t have the room to make radical advancements in the gaming sphere the same way that Wii Sports might have. But even then, what is present is polished, but minimal, lacking the variation that brings the spice. The controls are familiar but are more of a novelty now than ever before. The gameplay is inconsistent with games like Chambara and Badminton providing intense highs, and Soccer and Bowling often falling flat. I definitely back this game as a fun party game and I can’t deny the fun you can have with friends and family, but with only six games, each with not many varied game modes, and an ultimately familiar and predictable style of gameplay, it feels hollow. Let’s just hope the new character design doesn’t annoy too many people.