Mario & Sonic at the Olympic Games Tokyo 2020 Review: Third on the Podium

How on earth has been four years since the last Olympic Games? Mario and Sonic can’t believe it either apparently, reigniting their generations-long blood fued in Mario & Sonic at the Olympic Games Tokyo 2020. Previous titles in this series have been enjoyable, if forgettable, party games, a series of mini-games based on numerous Olympic events. Track-and-field to equestrian, there’s a little game for everyone.

The reality of this new edition is that there are a slew of events returning to Mario & Sonic 2020 with a fresh coat of paint, but little else of interest. Mario & Sonic 2020 is arguably as good as it’s ever been, but that doesn’t mean much when you consider how similar it feels to the original, released over a decade ago. Worse, where it does try to break new ground, it stumbles again. Almost all of its new additions serve to highlight an overall lack of depth, and wear thin after only an hour or two of play.

If you’ve played any of the Mario & Sonic titles before, you’ll get the hang of it pretty quickly. A party game for 1-4 players, it drops players into a pool of games culled from 40 colourful sports, all based around the motion capabilities of the Switch’s controller. They cover just about every Olympic sport you can think of — track-and-field events such as the 100 and 400 metre sprint, to combat-based events such as karate and fencing. More recent inclusions, like surfing, are very motion-control heavy. It’s hard to complain about the number of events on offer here — but I will. Where’s the basketball? Basketball remains one of the few missing events and its omission is a big disappointment. Mario Hoops 3-on-3, bring it back, Nintendo. 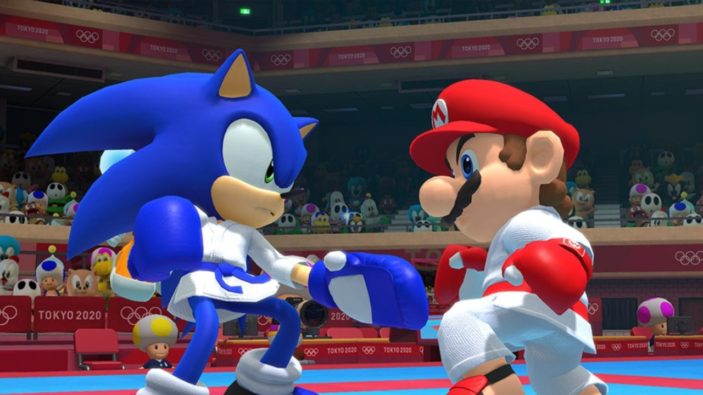 This is not to suggest that the modes present don’t provide solid fun — they do, its just some have more depth and replayability than others. Combat sports like karate and fencing seemed like they had the most meat on their bone, allowing for both choice and strategy. By comparison, the 100 and 400 metre sprints are dead easy, and are the kind of party game fodder this series relies on.

Thankfully, Mario & Sonic 2020 does allow for various play styles, with each event playable via motion controls or through traditional controller face buttons. Some of the motion controls are  more engaging than others, while some events favour more traditional controls by dint of their design. Surfing boils down to well-timed button presses via quicktime events, while discus really lends itself to motion controls (provided you don’t fling your joy-con across the room in the attempt). Mario & Sonic 2020’s retro mode however, favours the button mashing charm of 8- and 16-it era games for the sake of authenticity. It’s all honestly pretty harmless, but you’ll find yourself quickly culling modes as they wear out their welcome. 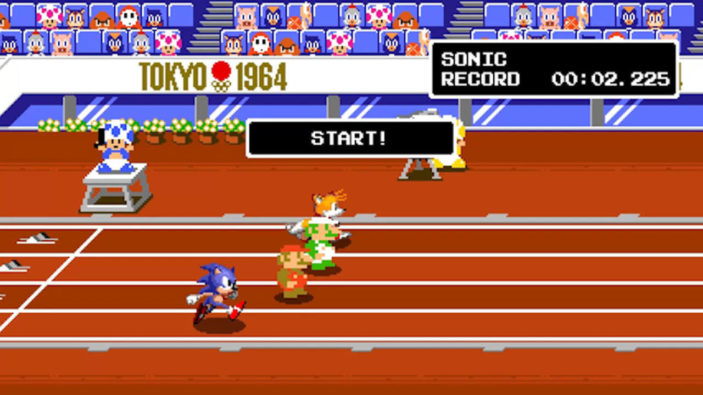 Dream Events, on the other hand, are the one part of this package that left me wishing for more. Dream Events is comprised of three separate mini-games — Dream Karate, Dream Shooting and Dream Racing. Dream Karate sets multiple players loose on a colourful karate mat, flipping floor tiles in an effort to knock each other over. Dream Shooting plays out like a third-person shooter as you move across a map to find a large target, and the winner must shoot the smallest parts of the target to score points. Finally, Dream Racing is the City Escape level from Sonic Adventure 2 made into a mode of its own; players must race their hoverboards downhill through crazy futuristic environments in a bid to finish first. Each of these modes proved to be a total blast in their own way; they’re so good they almost don’t feel like they belong. I think most players will find themselves dumping most of their time into these three events. Local multiplayer also features in almost every mode, but doesn’t provide much more than the fun you choose to create with each of these packages.

There is also a brand new story mode to play through. This, at least, was an exciting development — previous iterations had lacked a dedicated story mode experience. which meant there wasn’t much to do once the multiplayer party game experience had worn out its welcome.

Sadly, the story mode we get is nothing short of frustrating. It’s also (by turns) charming, crazy and confusing, but mostly frustrating. The story sees Mario, Sonic and their friends attending the Olympic Games in Tokyo. Everyone is having a nice time until they are suddenly presented with an arcade machine created by Bowser and Dr. Eggman. The machine sucks them all into a retro-inspired game set in 1964, harkening back to Tokyo’s first Olympic Games. The machine pulls Mario and Sonic into its grasp, but it also inadvertendly grabs Bowser and Dr. Eggman.

It is, of course, left to stalwart man-of-the-people Luigi to figure out how to get them all out. While he works on the problem, we are treated to both traditional and retro versions of each event. While I appreciate the visual touches the time-hopping story facilitates, it’s really nothing more than a glorified tutorial for each event. Participating as Luigi and friends ultimately has very little to do with saving Mario and Sonic. In the meantime, Mario and Sonic’s decision to participate in the 64 Olympics is not out of necessity, but so they can pass the time until they are rescued. I mean, there’s low stakes and then there’s whatever the hell this is. They’re literally not even worried. 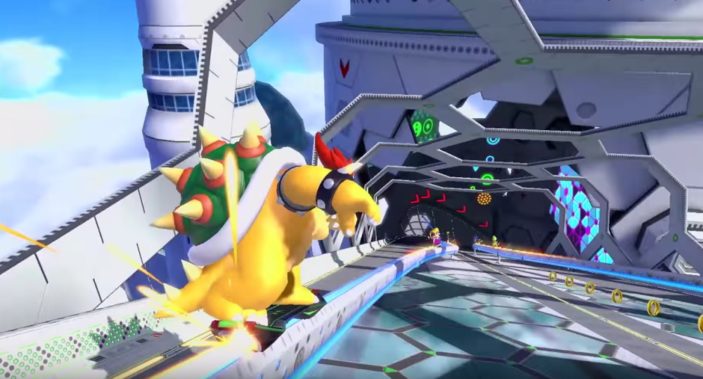 Overall, Mario & Sonic at the Olympic Games 2020 is a fun and vibrant take on the upcoming Olympics, but it ultimately isn’t engaging enough to warrant more than a solid night with friends. While the events are varied, they felt like they didn’t offer enough depth or replayability for a party title. The Dream Events were so good they left me feeling as though the more traditional events were skimmed over in favour of these bad boys. The story is nonsensical, even by Mario and Sonic standards, a long tutorial for games you’re not going to play that long anyway. The retro mode has its charm but succumbs to the same shallow gameplay loop. Mario and Sonic at the Olympic Games Tokyo 2020 is far from terrible, but it’s not particularly engaging either.

On the other hand, they still whip the hell out of the officially licensed Olympics games of the PlayStation 2 era (Athens 2004, never forget), so who am I to complain.

Review conducted on Nintendo with a pre-release retail code provided by the publisher.