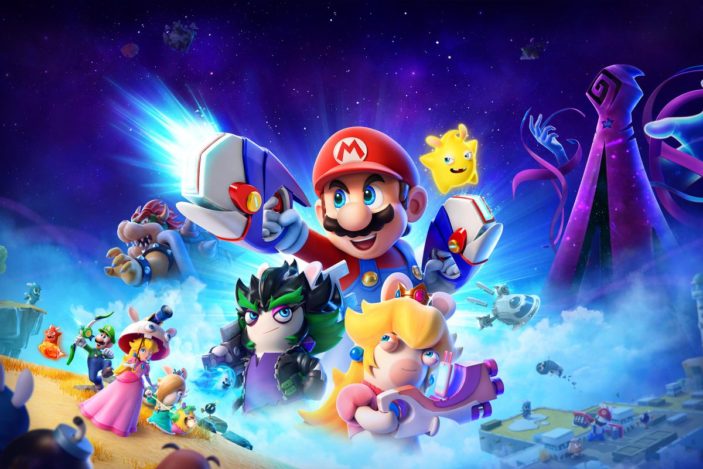 With the recent release of Mario + Rabbids Sparks of Hope, we got the chance to chat with Lead Producer Xavier Manzanares on the newest features and mechanics of the highly anticipated Mario + Rabbids sequel.

What systems and mechanics have made their way over from the first title, and what changes have been made to overall combat, if any?

When we started to work on the first concept of Mario + Rabbids Sparks of Hope, we wanted to change many things, including the combat because we wanted it to be a new angle to the tactical games and genre. It’s part of our DNA on this series.

It was important for us to really change elements. But it’s also important that we kept things that we believe that shouldn’t change, so for instance, the tactical aspect. The fact that we have turn-by-turn combat, the fact that we have archetypes, those elements were really important to keep because we really believe that this is really the core aspect of a tactical game. But for the rest, even the way Mario moves in Sparks of Hope versus what he did in Kingdom Battle, is really different: he doesn’t have the same weapons and have the same techniques. We adapted to the new system.

We change everything that is linked to the movement phase because, even if we felt that having a grid and the cursor was OK and interesting, we wanted to go further and expand even more and spark the interest of more players. So, the combat changed a lot because now we can move within the zone as you want, as you would do in an action game.

But, at the same time, we had this challenge to make sure that the tactics were kept because it was a strong point in Kingdom Battle. We spent a lot of time iterating around this free movement that we have as well as this real time element we have in combat. The new elements that we added to the game and combat in order to have something that is fun, very direct and action driven, but at the same time very tactical like people experienced in the past.

How will the story progress from Mario + Rabbids Kingdom Battle and will it be accessible enough for those who are new to the series?

Mario + Rabbids Kingdom Battle was all about the fusion of the two universes, the Rabbids’ and Mario’s. We had a lot of fun working around Bowser Jr. and Bowser himself and how they’re really, really impacting the story and the progression in the first game. For Mario + Rabbids Sparks of Hope we wanted to go in space. We thought with the technology we already had in the first game it could be interesting to really go further into the galaxy itself.

We created Cursa, this entity that is grabbing all the energy from the galaxy and we thought it would be interesting to develop what is its impact on the overall world. So we iterated on that and we started to create the creatures called the Sparks: there were fusion between Rabbids and Lumas coming from the Mario Universe. This Galaxy theme really drove everything when it comes to the story and things that we wanted to put in the game itself.

So that’s for the first part of the question, now for the second part regarding new players: no, players don’t need to play the first game in order to play Sparks of Hope. We did many many changes from Kingdom Battle, it is a new formula that we propose.

It means that basically you don’t have to play Kingdom Battle first. Of course, if you play Kingdom Battle, you will see references and elements that will make you smile and it’s a nice addition to the adventure. But if you didn’t play the first game, our objective is to show you that tactical games can be so fun and so humorous at the same time, and that will have a great adventure with those two universes, mixing together.

What new feature in Mario + Rabbids Sparks of Hope are you most excited for?

We talked a lot about the combat of course but we worked a lot on exploration. We even added progression and levels. The Sparks are also a standout, you know it’s not just for the storyline: they also have an impact on the game itself. But I would say the most important element would be the combat itself because we did so many core gameplay changes, it was such a bid to go that direction when we started to work on the project in 2018.

So I’m very proud of all the efforts from designers, programmers, everybody on design as well to make it happen artistically and visually, to make sure that it all works, the flow is good, the rhythm is good. We all made sure that players have fun and that the game is tactical and rewarding at the same time. I’m very proud of that.

We thank Xavier for his time. Mario + Rabbids Sparks of Hope is out now and available on Nintendo Switch. Stay tuned for our upcoming review.