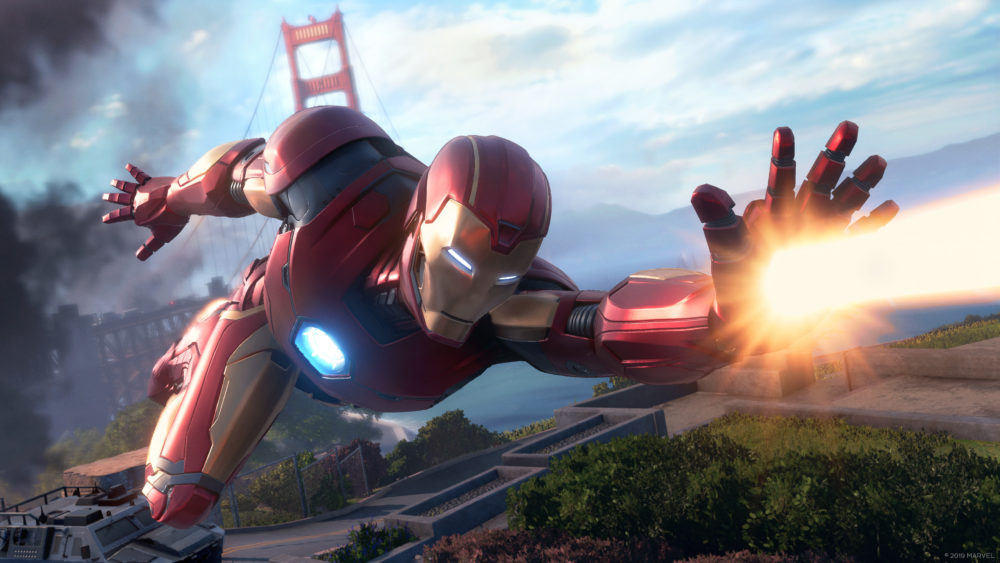 After suffering something of a false start at its cinematic-only E3 reveal in June, Marvel’s Avengers has finally pulled back the curtain with a lengthy look at gameplay.

The trailer clocks in at just shy of 20 minutes, and focuses on what appears to be the early part of the game, beginning with Thor fighting his way toward the Golden Gate Bridge, before control is handed to Iron Man. It’s made clear within the trailer’s first seconds that all the featured footage was captured from a pre-alpha build of the game and doesn’t represent the finished product.

Developed by Crystal Dynamics (Rise of the Tomb Raider, The Legacy of Kain: Soul Reaver), Marvel’s Avengers represents a huge gamble for parent company Square Enix. In the wake of Insomniac’s monumental success with Spider-Man in 2018, any Marvel branded superhero game now finds itself with the burden of having a lot to live up to. We continue to hope that Crystal Dynamics has everything they need to deliver a stellar experience, but with under a year to go, they are certainly on the clock.

Marvel’s Avengers launches May 15, 2020 on PlayStation 4, Xbox One, Windows PC and Google Stadia.