Very few Nintendo DS games ever fulfilled the potential of the console’s unique dual screens, but one title came incredibly close. That title, Mario & Luigi: Bowser’s Inside Story, has finally gotten the recognition it deserves with a brilliant new remaster for the Nintendo 3DS.

Originally released in 2009, Bowser’s Inside Story is an RPG spin-off from the mainline Mario franchise, and largely takes place within Bowser’s bowels. It features talking haemoglobin, monsters made of teeth and a sentient cube with a moustache. Also, it’s pretty neat.

Our story begins with the Mushroom Kingdom in strife. Toads across the kingdom have come down with a case of the ‘blorbs’, a condition that causes them to swell in size. The mysterious malady is soon revealed to be the work of Fawful, a delightfully zany wizard type who unleashes chaos on the Mario Bros.

This chaos, of course, involves Bowser, who is promptly coerced into eating a cursed mushroom and swallowing half of the mushroom kingdom whole. It’s one of the weirder entries in the Mario franchise, and yet, it works. 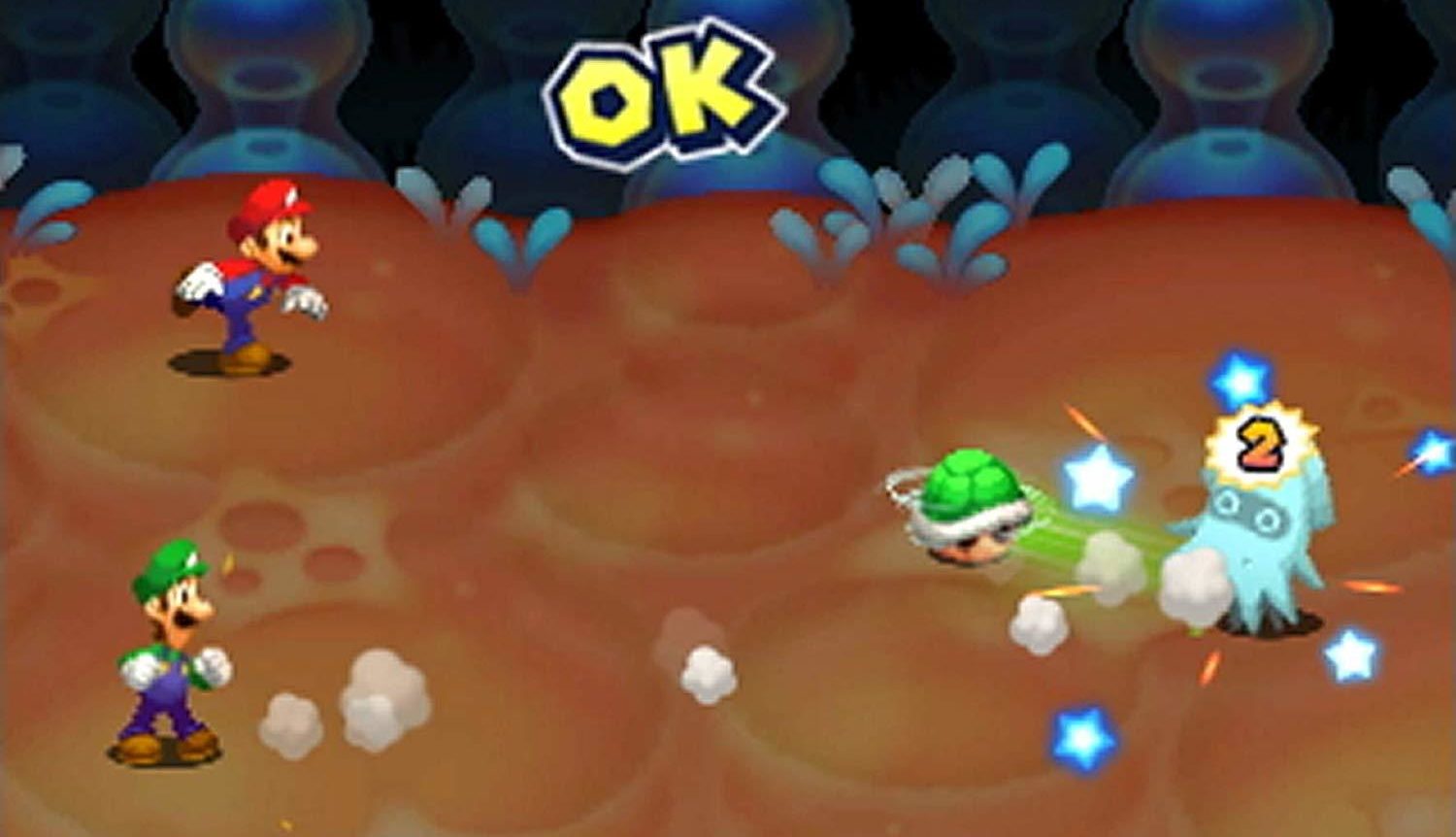 The humour is genuinely laugh out loud funny at times, or at least well written enough to warrant a hearty snicker. It’s this quick wit that keeps the game entertaining, alongside its snappy combat and well thought out game mechanics.

As I mentioned earlier, the game makes full use of the DS/3DS’s dual screens, where action taking place on the top screen has a direct impact on the bottom. Players control Bowser’s actions from the top, and Mario & Luigi’s adventures from the bottom, with some battles requiring the co-operation of both sides to win.

Stuck in Bowser’s inner bowels, the Mario Bros. must navigate their fleshy prison, puzzle solving and fighting enemies in an effort to free themselves and cure the kingdom. While the game tends to be fairly easy, it’s made no less fun because of it.

Combat is turn-based but also includes QTEs for greater damage and blocking enemy attacks. While some boss battles are easy, requiring a quick back and forth between Mario and Luigi, others require the help of Bowser. This usually comes into play with boss battles, where problem solving is required to figure out how to defeat enemies for good. It all adds other enjoyable layer to the game and keeps repetitive battling somewhat unique. 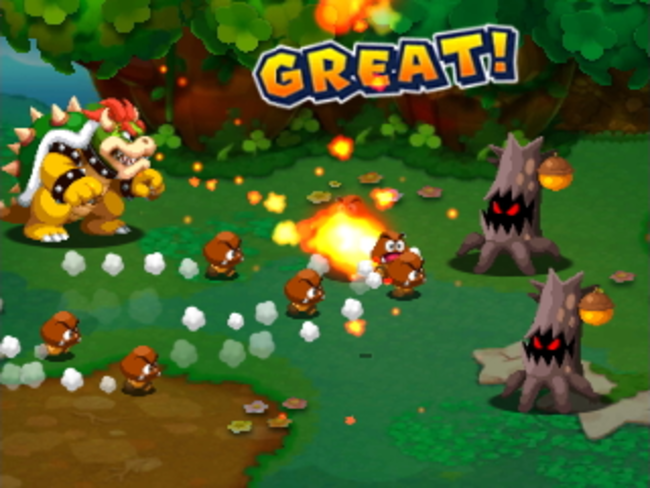 One of the fantastic things about the game is that while it is a remaster, it might as well be a brand new game. The visuals have been given a complete facelift to resemble a smoother 3D style – a clear diversion away from its original comic book look. The game looks and plays gorgeously, with the pixel art style giving it a sense of timelessness.

The remaster also includes a brand new standalone chapter, Bowser Jr’s Journey that might as well be a completely separate game. The title diverts from the main formula of the game, spinning of the little tyke into his own standalone, wacky adventure. It feels (and is) essentially a whole new game, and it works, kind of. The slapstick banter of the main game is present and accounted for, and the cast is equally as funny.

The journey itself is filled with colourful twists and turns, all illustrated in the game’s gorgeous pixel-inspired art style. Where the sidequel struggles is its brand new combat system.

Rather than relying on the innovative battle system of Bowser’s Inside Story, the game introduces a strategic battle system that seems to be reliant on chance and battle formations. I say ‘seems to be’ because even after spending hours trawling through chapters, I’m still not quite sure how it all works. Sometimes, attacks will land and you’ll score damage points. Other times, the same move will fail for reasons unknown. 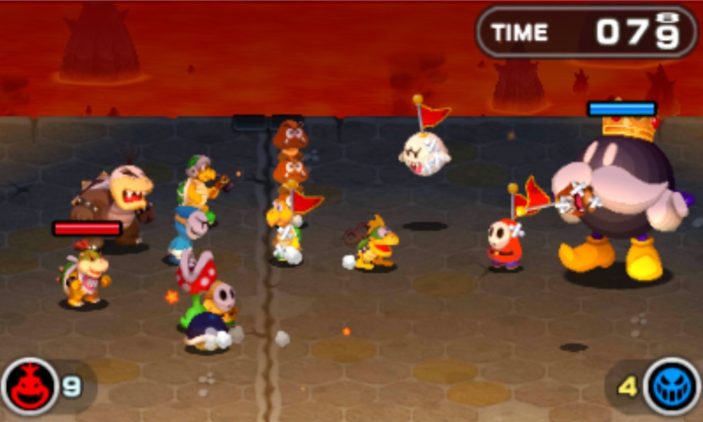 Your success depends directly on your party members, with movement and most of the fighting controlled by AI. While you can influence battles by blocking moves, consuming snacks or rallying your troops, player input is minimal and often frustrating. As an experiment, it’s intriguing, but overall, it adds little to the game.

It’s a baffling inclusion when compared with how well the battles and story are staged in the main game, and I can’t help but think it makes Bowser Jr’s Journey feel a bit tacked on and unnecessary. While it gives ample opportunity for returning players to experience more of the game’s world, it is ultimately a fun little diversion for when the main game gets you down.

Overall, Mario & Luigi: Bowser’s Inside Story + Bowser Jr’s Journey is a neat little package that absolutely sparks joy. With tight humour, a well-rounded cast and varied gameplay, the title is an innovative and welcome entry into Mario’s gargantuan franchise.

Reviewed on New Nintendo 3DS XL with a retail code provided by the publisher.