BioWare to rebuild Anthem from the ground up 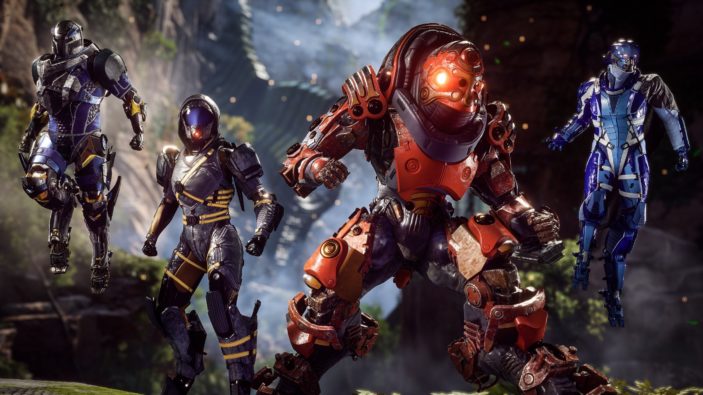 BioWare has announced that it will be redesigning its embattled online shooter Anthem from the ground up.

According to an official blog post from BioWare general manager Casey Hudson, the decision has been made to perform a larger overhaul of the entire game rather than focusing a series of smaller updates or expansion packs. Hudson acknowledged critical feedback from players suggesting Anthem “needs a more satisfying loot experience, better long-term progression, and a more fulfilling end game.”

“Over the coming months, we will be focusing on a longer-term redesign of the experience, specifically working to reinvent the core gameplay loop with clear goals, motivating challenges and progression with meaningful rewards — while preserving the fun of flying and fighting in a vast science-fantasy setting.

To achieve this, Hudson said that BioWare will be “doing something we’d like to have done more of the first time around — giving a focused team the time to test and iterate, focusing on gameplay first.”

Anthem launched around a year ago and ran into numerous problems from the jump. Its flying and traversal systems were widely praised, but the rest of the experience left much to be desired. A lack of variety in content, tepid shooting and competing design philosophies created a game that was somehow beautiful, empty and at war with itself. It opened big thanks to EA Access but sank like a stone. Players abandoned in droves. It quickly became an online punching bag.

Last week, our own deputy editor Chris Singh was able to pick up a brand new PS4 copy of Anthem at JB HiFi for $4. This is a precipitous drop in price for a game that launched only a year ago. That said, an EA Access subscription will only set you back $5 AUD and boasts every EA game there is, including Anthem. So … maybe just take that into consideration before you snap up a copy on the cheap.

Hudson did not propose a timeframe when Anthem will relaunch. Until then, it will continue to receive updates and support via events, store changes and the return of past seasonal content.

You can read our full review of Anthem right here.