Win the collector’s edition of new game No Straight Roads

The artful blend of rhythm-infused combat, vibrant offbeat world, and killer soundtrack take this far beyond your average video game while you guide two passionate indie rock band members, Mayday and Zuke, in their fight against EDM empire NSR, whose tight grip on Vinyl City is smothering the expression of other music genres. Explore eclectic districts, face colossal bosses and lead a musical revolution to uncover NSR’s evil intentions and save Vinyl City from corruption.

Want a copy? We’ve got 3 Collector’s Editions to giveaway, one for each platform (Xbox One, Nintendo Switch, PS4). Just fill out the below form before Monday 31st August. Winners will be contacted via email. 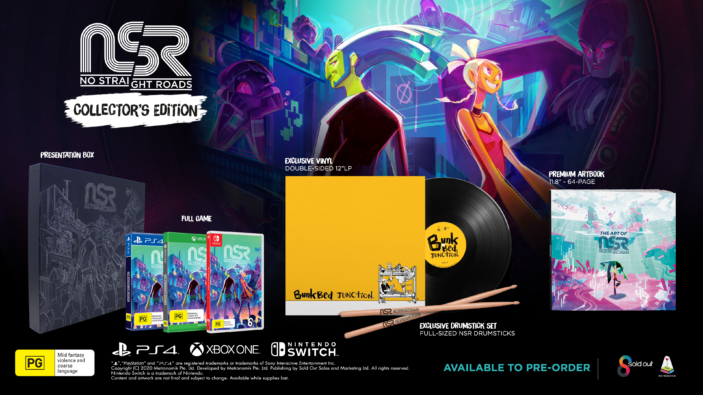