Book Review: Take a trip around the world in Jo Lennan’s In the Time of Foxes 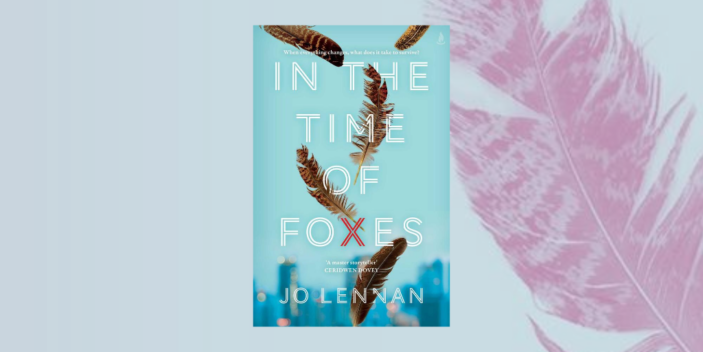 A film director in Hackney with a fox problem in her garden; an escapee from a cult in Japan; a Sydney cafe-owner rekindling an old flame; an English tutor who gets too close to an oligarch; a journalist on Mars, face-to-face with his fate. These are just some of the characters and situations which readers will encounter in In the Time of Foxes, the debut collection by Jo Lennan.

The twelve stories that make up the collection are peopled with characters facing change, upheaval and loss, and speak to the breadth of their author’s experiences and travels. From Russia to Japan to Sydney to London to Mars, the stories all share a preoccupation with the ways in which humans cope with challenges – be they emotional or physical – and the ways in which we understand each other and the world around us. They also all share the motif of the fox. With foxes making an appearance in a figurative or literal sense at least once in each story.

As with any short story collection, some stories shine brighter than others. In the case of In the Time of Foxes, those stand out pieces are “The Understudy”, in which a young actress is cast alongside a more successful rival whose life is not as easy as it appears on the surface. “Joyride”, in which a Sydney-based cafe owner reconnects with an ex-husband over email. And, “Fox Face”, in which a young woman who has been raised in a sort of cult experiences the world outside for the first time as an adult.

“The Understudy”, in particular, stands out for its careful examination of the role of other women in the post #MeToo society. Holly and Genevieve’s ‘rivalry’ and the success Holly has found after being asked to understudy for Genevieve, who pulls out of a play at the last minute, are examined from many angles, exposing the myriad of misunderstandings, assumptions, and wilful efforts not to see what is happening under our own noses. It is a powerful story about sisterhood and about female power (both to help and to harm one another whether we choose to or not), and one that will undoubtedly stay with the reader.

Lennan’s skill lies in creating the interior and exterior worlds of her stories. She crafts unique characters whose experiences colour the way that they interpret the actions of others. Her skill with setting also means the atmosphere of each piece is distinctly of the country in which the piece is set. Her familiarity with London and Japan in particular are apparent, and these settings lend the right mood and context to the pieces.

At times, the references to foxes in each piece felt unnecessary and out of place. There was a sense that these mentions had been written into the stories to perhaps suit the theme of the collection. Foxes are used throughout the collecytion as symbols of destruction, survival, cunning, distrustfulness, and wildness. They are also used to symbolise change both in situations and in people over and over again. Their use is so reoccurring the reader begins to be wait for a reference to a fox of some kind.

Only in the titular story “In the Time of Foxes” (in which a film director finally asks the council to do something about the infestation of foxes in her yard while she flies back to Australia to help with her ageing mother) and in “Fox Face”, in which the associations in Japanese culture of the ‘Kitsune’ (fox) are unpacked and related to the experiences of June post-cult, do the references really feel like necessary parts of the plot.

Whilst these fox references do not take away from the story, they can distract the reader from what is really important.  Each of the stories had the potential to be emotionally hard-hitting, with Lennan tackling many genres and styles – from her animal activists in “Animal Behaviour” and the cat and mouse game of “Catch and Release” (thrillers) to her subtle but wrought family dramas, such as “In the Time of Foxes”. The inclusion of a story set on Mars may have jarred somewhat with the rest of the stories, putting a science fiction bent to the end of a collection of otherwise contemporary and realist short stories, yet it too tackled heavy subject matter, asking her protagonist to confront his mortality head on and to analyse how this changed his mindset toward living.

Over all, the effect of reading In the Time of Foxes is a sense of wanting more. More depth, more structure, and more of an emotional punch. The stories have the set up and the deftness of language to deliver such a punch. And yet many fizzle out, or shy away at the point of the big reveal.

For readers who like introspective, subtle, slice of life short fiction with excellent writing, this book will be exactly what the doctor ordered. But, for those looking for writing with a sting in the tail, they may find the pace of this collection a little too laid back.

Jo Lennan’s In the Time of Foxes is available now through Scribner books. You can order your copy from Booktopia HERE.