the ARTS review: what’s happening in the world of arts & film – issue 007

Welcome to the 7th edition of the ARTS review, the AU review’s weekly look at the world of Art and Film.

In This Issue: Groundswell presents the Multicultural Arts Forum 2012, The Jane Austen Argument welcomed back to the Adelaide Fringe, Michael Cera, Kieran Culkin and Emily Barclay take to the stage at the Sydney Opera House, Aphrodite brings Love TV to Brisbane, and Barry Adamson makes his directorial debut.

This April Carriageworks will host a two-day multicultural arts event. The Groundswell arts committee presents the program of panel discussions, keynote speakers and a range of events focusing on the NSW creative arts industry, cultural development and practice with a multicultural perspective.

Participating in the forum will be an assembly of arts industry representatives from a broad range of backgrounds. The event will provide a valuable opportunity for artists, arts workers and cultural policy decision-makers to network, take part in open-forum discussions and share ideas.

The Multicultural Arts Forum 2012 is currently open to registration and will take place on 13 and 14 April, at Carriageworks, Eveleigh. 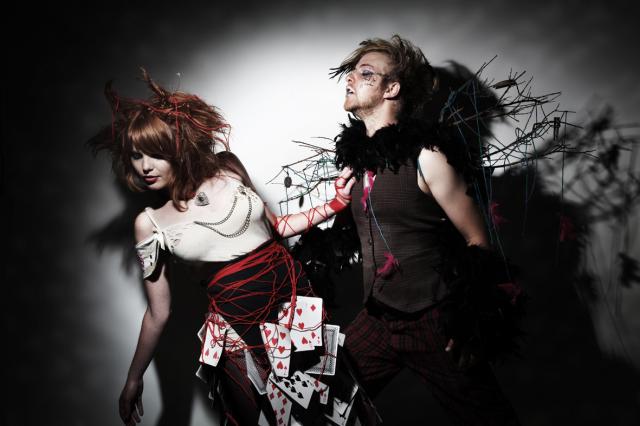 After scooping up the top award for Best Cabaret at the 2010 Adelaide Fringe, and following their recent national tour with the Dresden Dolls, Melbourne’s acclaimed indie-Cabaret duo, The Jane Austen Argument bring their all-new show to the Adelaide Fringe Festival.

Celebrating the launch of their debut album, Somewhere Under The Rainbow, Tom Dickins and Jennifer Kingwell return to Adelaide to play at the 400-seat Apollo Theatre, the largest venue they have yet played at an Adelaide Fringe. The new show will feature all original music, with the opening night coinciding with the launch of their much-anticipated album.

The Jane Austen Argument have seen mounting success with their previous cabaret performances, which have combined original songs with covers, humor and spoken word. They have toured their unique cabaret internationally, to critical acclaim and received accolades at the 2010 Melbourne Fringe. Dickins also directed Sophie Walsh-Harrington’s show The Damsel in Shining Armour, which brought home the 2011 Best Cabaret award at the Adelaide Fringe.

The Jane Austen Argument will be headlining the Apollo Theatre from Friday 2 March – Sunday 11 March, at The Big Slapple, Adelaide. 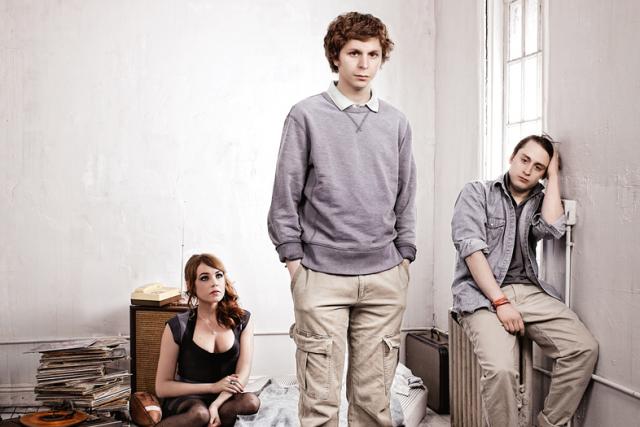 SYDNEY: THE YOUTH IS STARTING TO CHANGE

Kenneth Lonergan’s tale of 1980’s ‘Me’ Generation, This Is Our Youth is set to run a short season this March, at the Sydney Opera House, with an exciting young international cast including Michael Cera, Kieran Culkin and Emily Barclay.

Pulitzer Prize and Academy Award-nominated American writer Lonergan has written and directed for both stage and screen, and was nominated for two Academy Awards for You Can Count On Me in 2000. However This is Our Youth is widely considered his most important work to date. Award-winning American director Mark Brokaw re-visit’s Lonergan’s play, after directing the world premiere in 1996.

Arrested Development and Juno star Michael Cera, who has cultivated a promising television and in film career, will be taking to the stage along side AFI Best Lead Actress Award-winning actress Emily Barclay and Golden Globe-nominated Kieran Culkin. Emily Barclay recently starred on stage alongside David Wenham and Judy Davis in The Seagull and Melbourne Theatre Company’s The Importance of Being Earnest with Geoffrey Rush. Culkin is also no stranger to the stage having starred in the 2002 London’s West End production of This is Our Youth.

The play has seen the roles filled previously by screen actors such as Jake Gyllenhaal, Hayden Christensen and Anna Paquin. Set in 1982, Lonegan’s dark comedy explores a night-in-the-life of three young, Upper West Side Manhattan friends facing the tail end of adolescence in Reagan’s America.

This is Our Youth will run for a limited season at the Sydney Opera House Drama Theatre from 14 – 25 March 2012.

BRISBANE: THE ART OF APHRODITE

Artist Rebecca McIntosh is the Goddess of Love. In an original and novel performance McIntosh becomes Aphrodite, the Goddess of Love. Combining theater and journalism with reality TV, Aphrodite tours the planet, taking her hot pink TV-shaped mobile theatre to public spaces and luring celebrities, public figures, musicians, and members of the public into conversations about love.

Having taken the show to the Woodford festival, the Sydney Festival and the Melbourne Comedy Festival, Love TV is about to take the project to New York for the Summer. The live art project has seen the likes of Noel Feilding, John Safran, Rutgher Hauer, Claudia Karvan and many more engage in friendly, honest and open interviews with Aphrodite about the love of people, places and ideas.

Love TV will take place in Brisbane in March, with two events taking place at the Rumpus Room on 9 March, Davies Park Market on 10 March and the Bille Brown Studio, in conjunction with Queensland Theatre Company on 16 March.

Musician Barry Adamson has taken to creating art behind the camera lens. Screening next month in Sydney and Melbourne will be Adamson’s directorial debut, Therapist, to which he also composed the score.

Adamson has worked with an array of influential musical acts, such as Nick Cave and the Bad Seeds, Depeche Mode and Magazine and is known for creating cinematic soundscapes in his albums. He composed the soundtrack for Carl Colpaert’s Delusion and contributed to the soundtracks of films such as Oliver Stone’s Natural Born Killers, and David Lynch’s Lost Highway.

The Sydney screening of Adamson’s anticipated first film will be followed up by a a Q&A, and also a live performance of three songs from Adamson’s recently released and well received album I Will Set You Free. Collaborator and Australian music veteran Dave Graney will join Adamson in Melbourne for this Q&A session.

Therapist will premier at Pure Pop Records, Melbourne on Monday 19 March and Tuesday 20 March and at The Factory Theatre, Sydney on Wednesday, 21 March.