Talem Press vs COVID-19: How one indie publisher is navigating the pandemic – and what you can do to help

Amidst shutdowns, restrictions, and the ever-present health implications, it’s a trying time for many as we collectively navigate the COVID-19 global pandemic. This is as true of the Australian publishing industry as any other. With freelancers and small presses already working hard to be seen, the difficulty is only increasing, as the online spaces they traditionally flourish in have become saturated by larger publishers turning their focus (and their funds) in that same direction in the wake of the pandemic.

One such press fighting for their space is indie publishing house Talem Press. Beginning life as a Writer’s Edit imprint, a website dedicated to supporting and coaching rising writers, Talem Press has a distinctly fantasy-focused niche, with an emphasis on unlikely heroines, mysterious magic, and extraordinary world-building. Their publishing stable now includes three authors – Helen Scheuerer, Bronwyn Eley, and, most recently, Bonnie Wynne – all with books out this year. 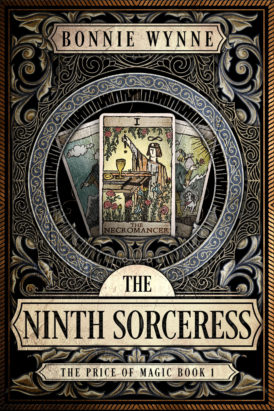 For Scheuerer, who was a driving force behind the formation of Talem Press, being part of such a small team has its advantages, particularly for fledgling authors.

“…what sets us apart is the relationships we build with our authors,” she says. “We’ve always prided ourselves on our transparency and ongoing communication – our authors are never left in the dark when it comes to the production of their books or how things in general are tracking. We go above and beyond to help them every step of the way, whether it’s editorial guidance, helping them build their newsletter list or providing them with step-by-step social media plans.”

Both Eley and Wynne agree. “It’s good to be able to form those personal relationships with the team, rather than just being another invisible cog in a big machine,” says Wynne, who released her debut novel The Ninth Sorceress earlier this year.

Wynne and Eley also cite Talem Press’ fantasy focus as a major draw for them.

“Fantasy doesn’t have a strong representation in Australia,” Eley says. “In particular with the bigger publishing houses, unless you’re a bestselling fantasy author. It happens, but it’s not their main priority. […] I loved that Talem was devoting their business to fantasy.”

Wynne agrees: “They [Talem Press] have that understanding of what fantasy is and what it means; that it’s about evoking that sense of wonder and awe – not just dragons and swordfights. I enjoy working with a team who understand and respect that.”

With a complete trilogy already under its belt (Scheuerer’s Oremere Chronicles wrapped last year and a connected short story collection was released slap bang in the middle of lockdown) and two ongoing series (Eley’s Relic and Wynne’s The Price of Magic), Talem Press already boasted an impressive track record, packed with Amazon best-sellers and supported by a loyal, and vocal, fanbase.

So, as the pandemic began to drive more and more people indoors and, by extension, to their bookshelves, it stood to reason that an indie press with a strong online presence should have no trouble weathering that particular storm.

While Eley, who released sequel Riven just a few weeks ago, is reporting similar trends as those seen with series opener Relic, Scheuerer’s recent Dawn of Mist, hasn’t quite matched the sales figures of its series predecessors. Though it still topped the Amazon charts, it lacked the staying power of the trilogy it expanded upon, something Scheuerer puts down to ongoing uncertainty in the face of COVID-19:

“Lots of people have lost jobs, have experienced unforeseen health expenses and are worried about their income and the future. It makes perfect sense that readers are being more conservative with their spending.”

Reviews, which any author will say are worth their weight in gold, are also getting harder to come by. Scheuerer pins some of the blame for that on Amazon’s everchanging policies on who can post reviews. At present, a minimum yearly spend is now required before a person can review a purchase with the global giant. And with a YA demographic, reviews coming from free advance copies, and low priced e-book editions, that’s not always a milestone that can be met by Talem Press’ readers.

Availability is also key. Amazon offers the Talem Press back catalogue as e-books, with the novels also included as part of Kindle Unlimited, and Talem Press itself sells affordable print editions. But for those more used to shopping elsewhere (such as Dymocks or Booktopia), the price rockets and only a handful of books are available. And when you can pick up another (likely better known) title at a much cheaper price, skipping over Heart of Mist, for example, is all too easy. 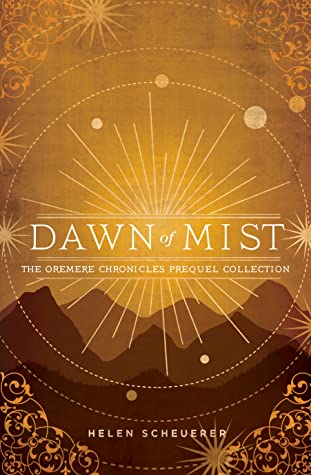 “It was pretty tough watching something that I’d spent years creating get swallowed up by the chaos.” – Helen Scheuerer

Indeed, the online playing field is now less level than it might have been, as bigger houses with bigger budgets move deeper and deeper into the online spaces occupied by indie and small presses. It’s by necessity, of course, with venues closed and books to promote, but smaller houses are finding it harder and harder to be heard. For the Talem Press authors, who run so much of their own promotion, it’s not easy to compete – whether that’s with other houses or against the constant onslaught of pandemic related news.

“As someone who relies quite heavily on online promotion via social media and newsletter marketing, it was almost impossible during that time to make any sort of splash,” says Scheuerer. “The online world was so noisy and so obsessed with COVID-19, that not only did talking about a fantasy book seem silly, but the engagement on ads/posts I created was incredibly low compared to previous years. It was pretty tough watching something that I’d spent years creating get swallowed up by the chaos.”

That chaos has been felt the world over, and all three of Talem Press’ talents acknowledge it’s been a struggle in some way or another. Scheuerer battled nightmares, watching from a locked-down New Zealand as cases in Australia (where her family still lives) rose. Eley was made redundant and moved home to Australia from Scotland, getting caught up in the Centrelink queues. And Wynne had her own upheaval, with her entire writing process upended just as work began on the next book in The Price of Magic series. 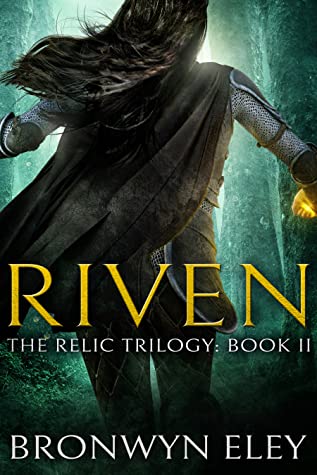 “Having an online presence can help authors connect to their audience on a much deeper and consistent level […] they can follow my journey.” – Bronwyn Eley

But it’s not been all bad. There’s more time to write, after all (provided you’ve got the motivation), and the shift to online events means bookish celebrations are more accessible than ever. With a particular focus on Instagram Live, which is both free to use – whether broadcasting or watching – and available almost everywhere, the Talem Press authors have been able to reach fans worldwide in a way they never have before.

“I hosted an Instagram Live to celebrate my book launch, since I couldn’t have an actual party. I’m a big fan of Instagram but had never used Live. It worked really well and I’m very glad I did it,” Eley says. “[…] Having an online presence can help authors connect to their audience on a much deeper and consistent level. It allows me to chat with people who live in other countries and they can follow my journey.”

With the media and the government placing such an emphasis on supporting Australian businesses during this time, our publishing industry cannot be an exception. But what exactly can we do to back indie presses like Talem Press?

There is, of course, a fairly obvious answer: buy their books. YA fantasy is a monster genre, with fans across the world and across age groups, and the work coming from the Talem Press team is as strong as any you’d find coming from the major houses. And with many of us having a little more free time these days (and nowhere but home to spend it), a new book series might just be the thing to escape from the troubled times outside.

“I personally love seeing pictures of my books online – on Instagram, in particular! So why not take a pretty snap?” says Eley (who also moonlights as a photographer herself).

The fact is that for a small press, reader engagement is key, and sharing the love does more than just boost sales. According to Scheuerer: “From an author’s point of view, if you love someone’s work, let them know! There is so much work that goes on behind the scenes of writing a book and sometimes just hearing that someone enjoyed your book goes a long way.”

“…our authors are never left in the dark […] We go above and beyond to help them every step of the way.” – Helen Scheuerer

With no certain end to COVID-19 in sight, the associated struggles are likely set to continue too. As individuals, all we can do is look after ourselves and look after our fellow little guy where possible too. For the readers out there, consider snapping up some work from an indie publisher, like Talem Press (links below!), or having a quick look through your shelves for a couple of books to review. Sign up to a newsletter, or simply engage with indie authors and presses on Twitter. Whatever you do, by supporting small and supporting local, you can be assured that your influence makes a direct, lasting, and immediate impact.

There’s truly never been a better time to take a chance on an unknown kid.

Talem Press is an indie publishing house based out of Sydney.
For more info or to pick up print copies of any of their books, check out the Talem Press website.
E-book and audiobook editions are available through Amazon.
Socials: Facebook | Twitter | Instagram

Helen Scheuerer is the author of The Oremere Chronicles.
The Oremere Chronicles prequel collection, Dawn of Mist, was released in April.
She is currently working on a new dark fantasy series, due out next year.
You can score two free novelettes here.
Links/socials: Website | Facebook | Twitter | Instagram |

Bonnie Wynne is the author of The Price of Magic series.
The first in the series, The Ninth Sorceress, was released in January this year.
The second book, A Wind from the Rift, is due in November.
Links/socials: Website | Twitter | Instagram

With a flash of psychedelia that recalls Beach House and Youth Lagoon, catch it through the link below:
https://www.theaureview.com/music/exclusive-video-premiere-dylan-gilbert-good-news-2020

Neo-soul singer-songwriter ANGE (@angmusicas) performed an intimate COVID-friendly show at The Vanguard in Sydney this week to celebrate the release of her new single "Dead To Each Other". Our photographer Belina Dipalo was there to capture the action.

"Too Late" - the new single from Dublin singer-songwriter and multi-instrumentalist @dunluvly is our #TrackOfTheDay.

It's just the thing to get you in a good mood for the weekend! #NewMusicFriday

We walk through the freshly released EP, Maybe I Can Sleep It Off, track by track with singer-songwriter @Riley_Pearce #NewMusicFriday