Film Review: Every Breath You Take delights in its trashy 1990’s thriller mentality 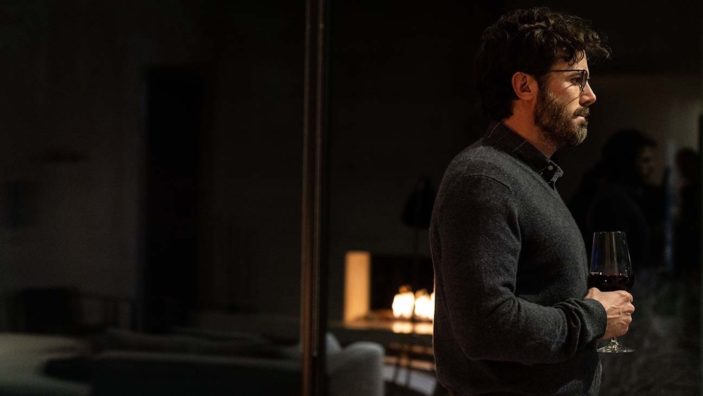 The spirit of the 1990’s thriller is alive and well within Every Breath You Take.  The upper-middle class family having their perfectly manicured lives upended by the arrival of a mysterious figure – this one British and in the form of the disarmingly handsome Sam Claflin – is a road travelled many times before; hell, there’s even the real-estate-porn leaning dwelling that’ll inevitably become the set-piece for a violent showdown thrown in for good measure.  It’s pedestrian without question, but a solid cast – far more qualified than what this film deserves – and the nostalgic mentality of trashy delights means Vaughn Stein‘s thriller is a more watchable project than it ought to be.

Originally to be helmed by Rob Reiner (When Harry Met Sally, A Few Good Men) when it was first announced in 2012, back when the David Murray-penned script attracted both Harrison Ford and Zac Efron to its Cape Fear-esque temperament, Every Breath You Take starts on a tragic note as it sets up the discourse between Casey Affleck and Michelle Monaghan‘s estranged couple, Phillip and Grace; the prologue showing Grace in a horrific car accident that claimed the life of their young son, Evan.

An unspecified amount of time later sees Phillip, Grace, and their surviving daughter Lucy (India Eisley) all respectively retreated from one another, shutting themselves off and tending to their emotional wounds in their own individual manners.  Phillip has thrown himself into his work as a therapist at a psychiatric institute.  Grace swims rigorous laps in the pool of their sleek estate.  And Lucy has rebelled, getting thrown out of her boarding school after being caught doing lines on campus.  Given their tragedy, it only makes sense that they be brought back together through the threat of the unhinged James (Claflin), the brother of one of Phillip’s patients who has since committed suicide following a triggering event that Phillip believed he had helped her overcome.

Though James is naturally distraught in the film’s early moments, earning our sympathy as his sullen looks allows him to wiggle in on Phillip’s family – how much do you want to bet that both Grace and Lucy fall for this British charm and cut-glass cheekbones? – it isn’t long before his true colours shine through, with Murray’s script indulging in all the psychotic tendencies we’d expect from the genre.  Claflin is ultimately why the film is as enjoyable as it is, with his gradually unnerving James proving evermore the live-wire among the more auto-pilot mentality of both Affleck and Monaghan.

Though not completely descending into camp territory – the final 5 minutes certainly give it a red-hot go however – Every Breath You Take straddles the line between its melodramatic and psychological temperament, seemingly unsure what type of film it wants to be.  Whatever moment it decides to commit to though, its pulpy gloss is entertaining, and even if it never takes complete advantage of its ingredients, it’s a diverting reminder of a simpler time when such dross was the reason for escaping to the cinema.

Every Breath You Take is screening in Australian theatres from April 22nd, 2021.