Out this week through Acorn Media, you can now enjoy the entire hilarious Canadian series Schitt’s Creek thanks to a jam packed 12 disc DVD box set. That’s no less than 80 episodes across 6 seasons, from the award winning, critically acclaimed and much loved show that stars Eugene Levy and Catherine O’Hara (who in 2000 starred together in Best in Show) as the heads of a once wealthy family forced to live in a rural motel. Levy’s real life son Dan Levy, alongside Annie Murphy, round out this dysfunctional family. 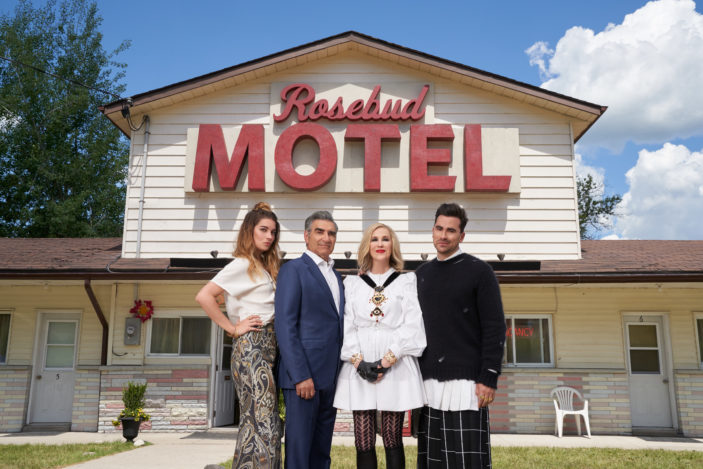 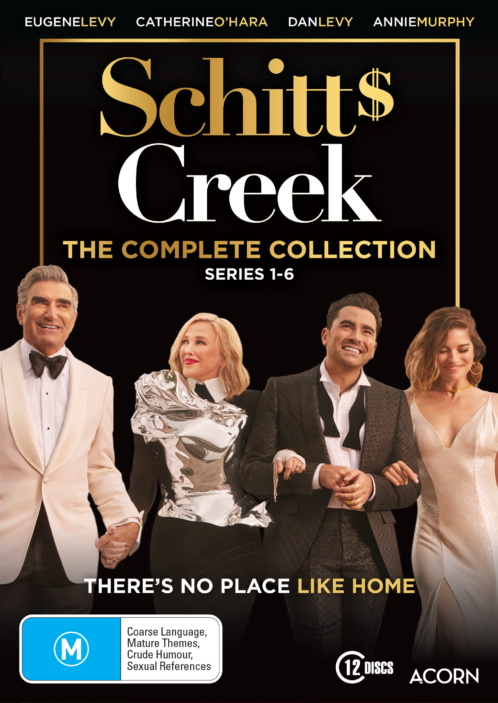 Synopsis: In Season 1, Johnny attempts to sell the town, Moira has a breakdown, David tries to maintain his posh lifestyle, and Alexis goes trolling for men. In Season 2, Johnny pursues some unusual business ventures, while Moira plunges into the local scene, and the kids look for work. In Season 3, the indignities continue, as the Rose family contends with love triangles, movie auditions, ill-advised businesses and high school homework. Season 4 sees Alexis puts her education to use, David’s love life hits a snag, Moira deals with a morbid rumour and Johnny and Stevie give the motel all they’ve got. By Season 5, the Roses are finally thriving in Schitt’s Creek and find themselves ready to take their personal relationships and business pursuits to the next level. In Season 6, the Roses are achieving success in their careers and personal lives, forcing them all to contemplate their inevitable next steps. But as their pursuits push them closer towards their long-awaited escape, the Roses see how connected their lives have become to the town and its residents. When they finally face the decision to stay or leave, it is much harder than expected.

For your chance to win, fill out the form below, and share with us your favourite quote from the series. Entries close on Sunday, September 5th at 3pm AEST and the winners will be contacted directly via email.

Be sure to catch the next episode of The New Colossus Sessions this Friday, October 2 at 8pm EDT (NOT 5pm this week), 10am ACT as we link up with one of our favorite artists from Australia, @tiagostelow presented with our good friends at @theAUreview

We have the beautiful video premiere of "As I Exit Parts I & II" from @HaydenCalnin featuring some fine dancing and beautiful Australian coastline.