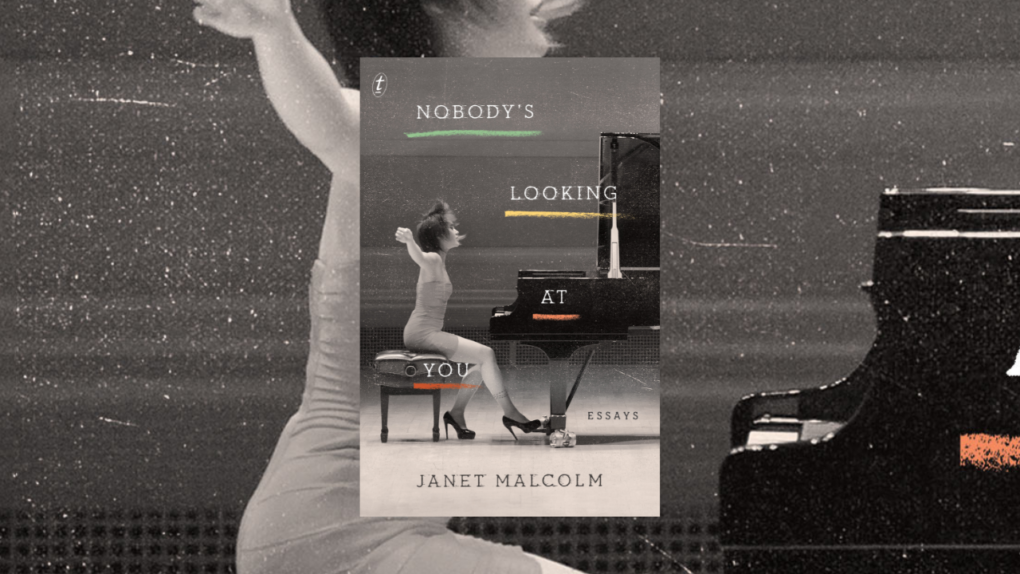 If there were a title for Grand Master of narrative fiction then the undisputed champion would be Janet Malcolm. This American author has been writing since the 1960’s when she first began with The New Yorker. The author of several books, her latest one, Nobody’s Looking At You, focuses on recent times by drawing together an eclectic collection of her musings.

This set is divided into three sections and draws on Malcolm’s work from the period 1996 to 2018. The first section is devoted to Malcom’s profiles on people, something she truly excels at. Other writers might skim the surface with respect to their subjects, but Malcom’s probing questions and infectious curiosity mean she gets to the true essence. This is the case in the collection’s eponymous essay about fashion designer, Eileen Fisher, as well as the piece about classical pianist, Yuja  Wang (the lady on the cover).

The second section of this book is unfortunately where Malcolm loses narrative momentum. These middle pages contain articles of social commentary, covering topics such as bringing up a child who has Down’s Syndrome and a guide to email in “Pandora’s Click.” These pieces feel rather dated with it being quite obvious that things have changed and moved on. These pieces have not aged as well as her other articles. They feel too different to the first and last parts of the book, which fit more effortlessly together.

In the third and final selection of writings Malcolm once again shines. This is where she tackles things like literary criticism, and philosophising about writers and their process. This is intriguing stuff and the sort of thing that every self-respecting writer or journalist should read. Malcolm’s work is very important and instructive. In a single turn of phrase she often manages to convey so much truth and a real depth of information. Her work can be like fishing for pearls, except that you actually find more gems.

Nobody’s Looking at You is a satisfying read by an excellent writer. Malcolm’s perspective is unique and her voice is so sharp and witty. It’s a real treat to read someone as eloquent as this. The only downside is that this book should have been separated into different volumes to allow for a more cohesive set; but as it stands, this title has its own divine charm.

FOUR AND A HALF STARS (OUT OF FIVE).