Opera Review: Madame Butterfly is a timeless tragedy that tugs at your heartstrings (National Tour to 18 September) 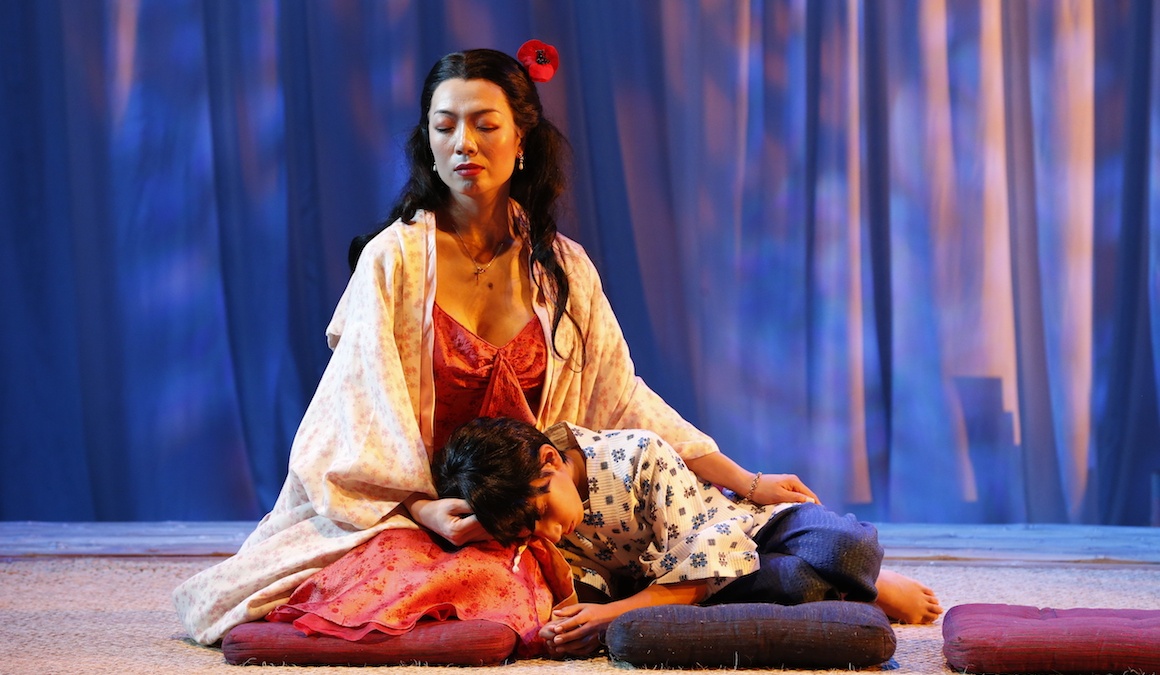 Madame Butterfly is a timeless love story involving a beauty and a beastly character and Opera Australia are currently staging a regional tour of the renowned Puccini’s opera. In doing so, they have made one of the world’s most famous operas accessible to a wider Australian audience thanks to a scaled-down, English language version. This production (with a revolving cast of actors) is great because the music soared and emotions ran high in this tale of unspeakable heartbreak.

This production is staged by the famed theatre director, John Bell. It is supported by a ten-piece orchestra who really bring the more famous songs like “One Fine Day (Un Bel Dì)” and “Humming Chorus” (Coro a bocca chiusa)” to life. The story is set in Nagasaki in the aftermath of the Second World War and involves the doomed relationship between a heartless U.S. Navy Lieutenant and an impoverished and fatherless young geisha. Puccini’s opera inspired Miss Saigon also springs to mind, and there is certainly some crossover between many of the key themes.

Sharon Zhai makes her Opera Australia debut as the titular character. The role is an incredibly demanding one and Zhai does a great job of conveying the wide spectrum of emotions with grace and restraint. Zhai’s voice is also gorgeous but at times it’s almost a little too fragile for such a powerful role, especially as it is occasionally drowned out by the orchestra’s music at times.

Matthew Reardon plays Lieutenant Pinkerton, a bold and self-assured man who is driven by carnal desires. He wants to reward himself with a Japanese wife and this is organised by Goro (Michael Petruccelli), a sleazy and comical marriage broker. The chemistry between Reardon and Zhai is lacking at times, a shame as this story hinges on their ill-fated romance.

Butterfly is a tragic character. She renounces her nationality, family and faith for an American groom who winds up being a morally-bankrupt character. He abandons Butterfly in order to marry another woman. Butterfly is unaware of this new development and she remains a faithful wife, waiting for him and convinced that he will return to Japan someday.

The ill-fated couple have a son, and Butterfly only has him and her dutiful servant and friend, Suzuki (Anna Yun) by her side. Butterfly changes into what she believes is the image of a “perfect American” wife. She transforms her appearance through some Western outfits and redecorates her house with some quirky American posters. But US consul, Sharpless (Andrew Moran) has some devastating news to break to Butterfly.

This opera grapples with some dark subject matter. Butterfly’s choice to allow her son to be raised by Pinkerton and his new wife, and her eventual suicide are completely heart-wrenching. This production captures the subtlety, emotions and complexity that this story are synonymous with. The staging is brooding and atmospheric and the costumes manage to be both aesthetically pleasing and gorgeous. The addition of local youths in a chorus also lends this melodramatic piece an innocence and charm.

Madame Butterfly is a passionate and dark story about how a lovelorn woman is used and how her hopes and dreams are dashed. This rendering feels faithful in most of the right places while also boasting some new changes that flow well throughout the proceedings. This tragic tale of two lovers ripped apart by culture and time still manages to affect audiences and tug at your heartstrings.

The reviewer attended the performance at Parramatta’s Riverside Theatre on 18 August. The show is touring Australia until 18 September. For more details head to opera.org.au.